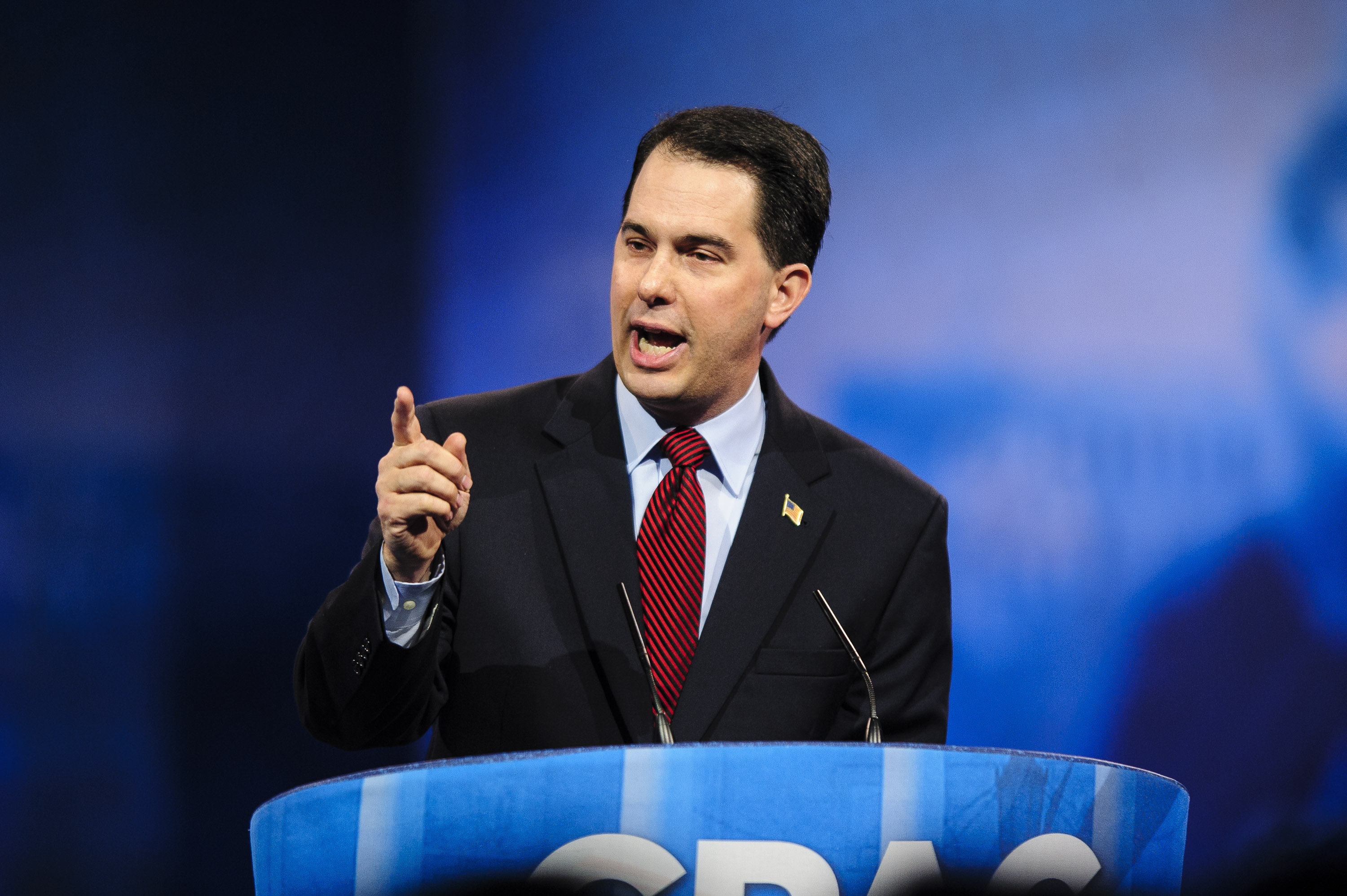 Gov. Scott Walker, R-Wis., took a deep dive into the divisive politics of abortion on Friday, signing a bill that would require women seeking an abortion to undergo an ultrasound and barring doctors without admitting privileges at local hospitals from performing abortions.

The bill, which takes effect Monday, will make Wisconsin the ninth state in the country to require women to receive an ultrasound procedure before an abortion.

Walker did not sign the bill in public. In a statement released Friday, according to The Associated Press, he said the measure "improves a woman's ability to make an informed choice that will protect her physical and mental health now and in the future."

Supporters of the bill have argued that more women would decide to carry a fetus to term if an ultrasound allowed them to see the unborn child. The law would force the technician administering the ultrasound to point out the fetus' visible organs and features.

Opponents have said that women shouldn't be compelled to undergo a medical procedure before deciding to terminate a pregnancy, arguing that the measure's true intent is to close as many abortion clinics in Wisconsin as possible by preventing doctors without admitting privileges at a local hospital from administering the procedure.

In a lawsuit filed just hours after Walker signed the bill into law, Planned Parenthood of Wisconsin and the American Civil Liberties Union called the measure unconstitutional and asked for a temporary restraining order blocking it.

Because most abortions do not entail complications that would require a hospital visit, the lawsuit contends, many abortion doctors do not have admitting privileges at a local hospital, which are typically available only to physicians who can provide a minimum number of annual patient referrals. As a result, several abortion clinics across Wisconsin would have to close up shop, opponents of the bill said.

"What the Legislature has done is to set up a system where the ability to provide abortions is contingent on the decision of a private institution and that's unconstitutional," Lester Pines, an attorney for Planned Parenthood, told the AP.

Walker, a potential 2016 GOP presidential candidate, can count on the bill to burnish his reputation among social conservatives, but he's not the only prospective presidential contender wading into the fracas over abortion rights in recent weeks.

Last Sunday, Gov. John Kasich, R-Ohio, signed a budget containing language that would implement some of the same abortion restrictions signed by Walker, including a mandated ultrasound for women seeking the procedure and a requirement that abortion clinics have a transfer agreement with a local hospital.

According to the Columbus Dispatch, Kasich's budget would also eliminate federal funding for Planned Parenthood in Ohio by reprioritizing the disbursement of federal funds.

In Texas, Gov. Rick Perry is having another go at abortion restrictions. In June, a bill banning abortions after 20 weeks of pregnancy died after state Sen. Wendy Davis, a Democrat, successfully filibustered the proposal until a special session of Texas' Legislature officially ended.

Perry and supporters of the 20-week abortion ban have promised to revisit the fight, and next week, with a second special legislative session already under way, legislators in the full Texas House will get the chance to do just that.

And in Washington, Sen. Marco Rubio, R-Fla., will take the lead on a similar proposal banning abortions after 20 weeks nationwide, a spokesman for the senator confirmed this week to CBSNews.com. A similar bill passed the House in June, but the Senate, led by Democrats, is unlikely to advance the measure.