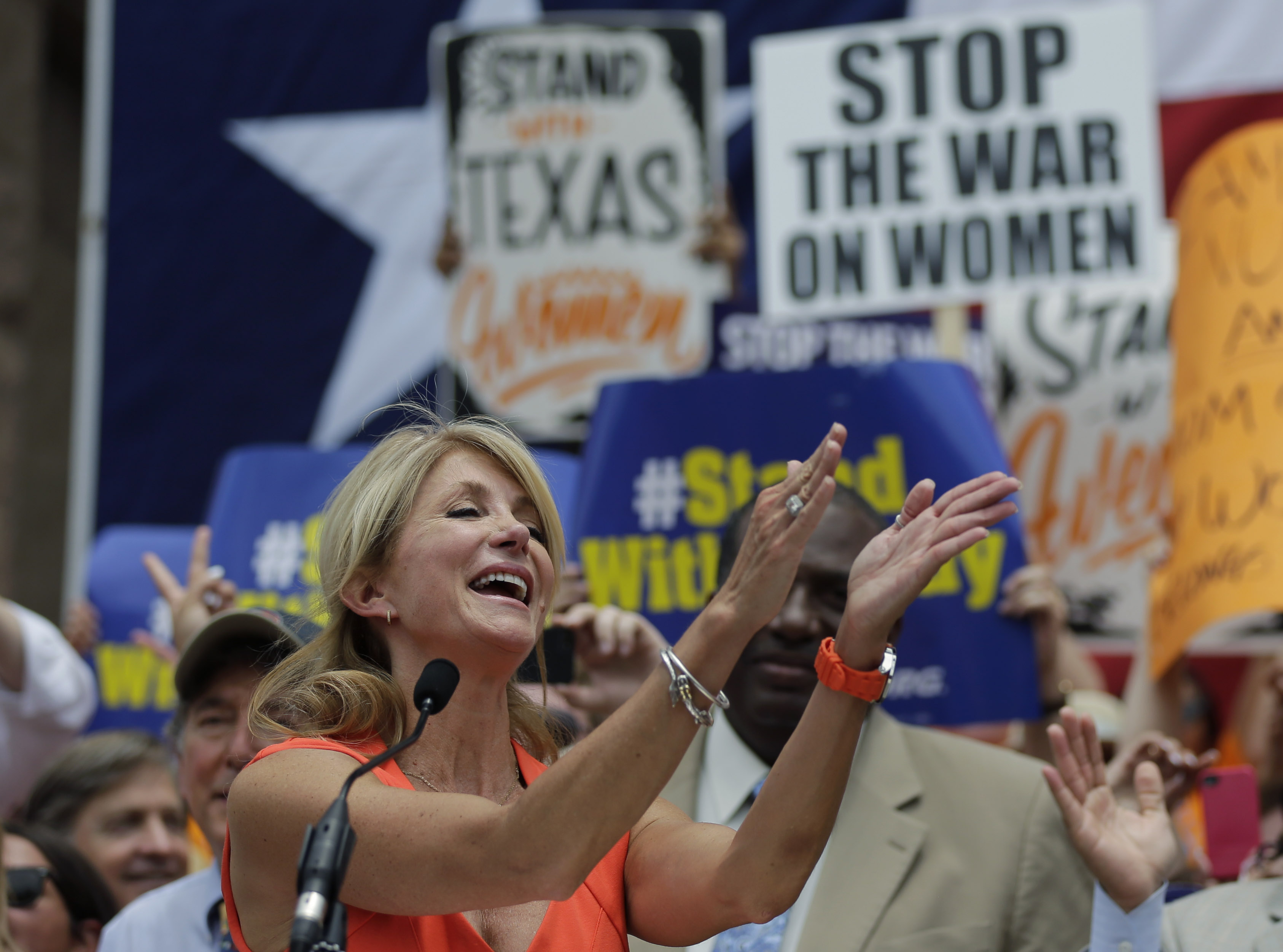 The debate over a controversial abortion bill drew thousands of protesters on Monday to the Texas State Capitol, where the Texas Senate and House quickly met to officially revive the legislation.

The bill -- which would impose strict limits on abortion, such as a ban on abortions after 20 weeks of pregnancy -- was successfully delayed late last month when state Sen. Wendy Davis helped run out the clock of a special legislative session with an 11-hour filibuster. She was helped along by raucous protesters whose jeers delayed a last-minute vote on the bill.

In Monday's new legislative session, lawmakers referred the bill to relevant committees for hearings and promptly recessed until next week. The bill is much more likely to pass in this special session, since the state Senate and House will have the full 30 days of the session to debate it and vote on it. In the last round, the bill was brought up when the special session was already underway.

"They'll probably be a little bit smarter about how they try to move this bill in this next session starting on Monday," Davis said on CBS's "Face The Nation" on Sunday. "But what they now have to confront is that the eyes of Texas, the eyes of the country are watching and they are going to be held accountable for the decisions that they make in this process."

While the state Senate's Monday session was brief and quiet, thousands of pro-abortion rights activists protested outside. The protesters -- clad in orange, as the Austin American-Statesman reports -- cheered on Davis, who addressed the crowd. "It was your strength and support that made it possible for me to stand for 13 hours," she said.

"This is bringing 'Occupy Wall Street' tactics inside of the chamber of the Texas Senate in this case, and that's probably their goal," the governor said Monday on Bill Bennett's "Morning in America" radio show. "But is our goal as people who are duly elected, as people who respect democracy and the rule of law, to not allow that type of action."

Perry said the legislation was necessary to stop the "horrors" carried about by Kermit Gosnell, the Philadelphia doctor convicted of killing three babies who were born alive. "We saw this Gosnell clinic in Philadelphia and the horrors that went on there, sticking the scissors in the backs, baby's backs to end their lives," he said. "We saw that same type of action in a clinic in Houston Texas."

An earlier version of this article said the Texas Senate had revived the abortion debate. In fact, floor debate on the bill will not begin until next week at the earliest.