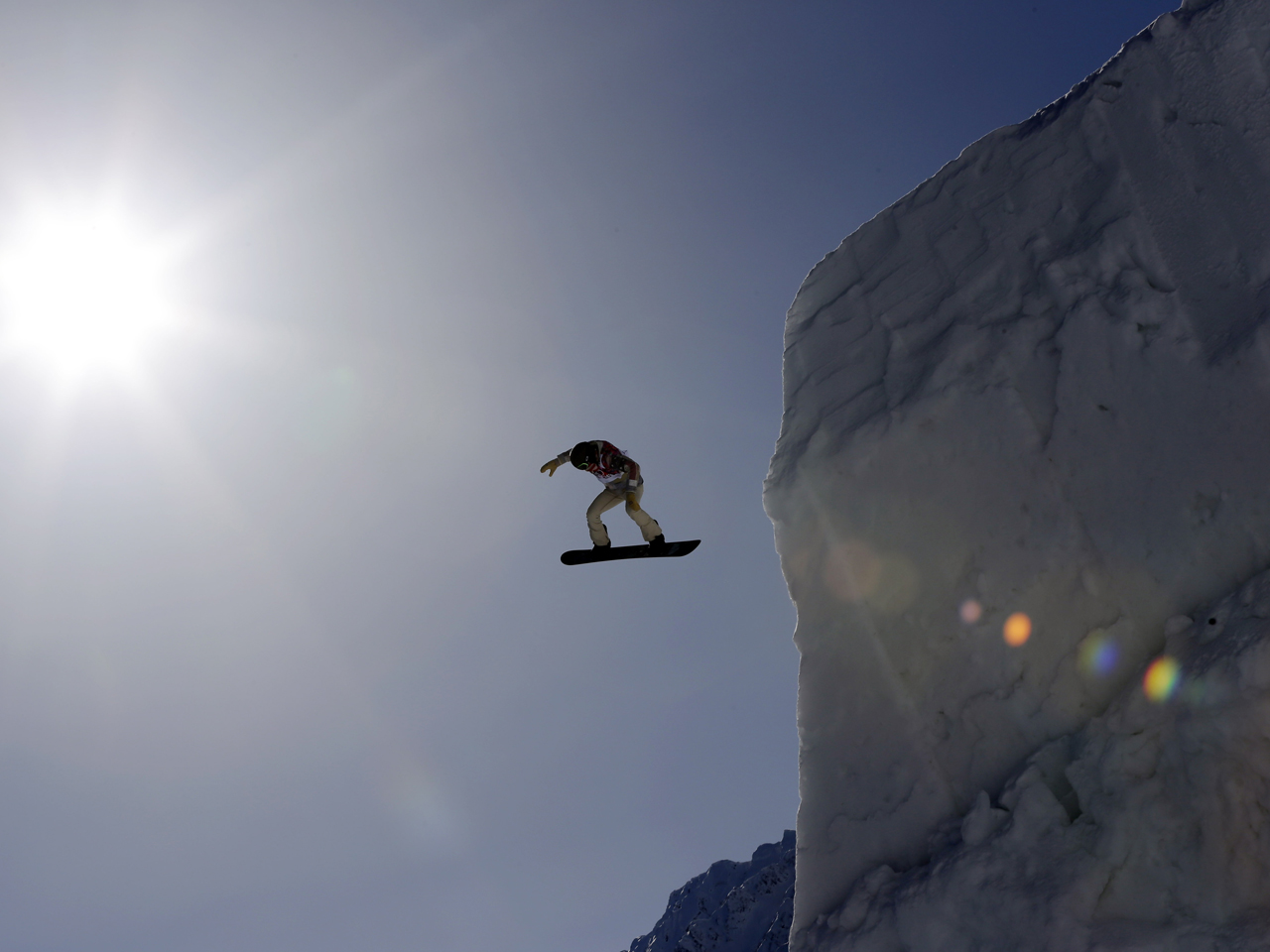 SOCHI, Russia - Shaun White saw the glassy sheen of the super-steep takeoff ramp and knew something bad was coming.

He fell and jammed his left wrist — adding another nagging injury to his long list of bumps and bruises while also entering his name on the growing list of athletes falling victim to a treacherous Olympic slopestyle course.

"A little intimidating," he called the course after Tuesday's training. "It's been a challenge."

Through two days of practice runs in the Russian mountains above Sochi, the course at Rosa Khutor Extreme Park has already taken out one of the favorites, Torstein Horgmo of Norway, who broke a collarbone while riding through the rails Monday.

On Tuesday, shortly after White's minor injury, Marika Enne of Finland fell hard and hit her head at the end of her run. She was taken off the course on a stretcher with a concussion.

Slopestyle qualifying begins Thursday — the day before the opening ceremony — with White trying to win the first of two gold medals at this year's Olympics. His attempt at a third straight title on the halfpipe is set for next Tuesday.

First, though, he must emerge unscathed from a slopestyle course that is taking its toll on some of the world's best riders.

"It's frustrating to see it," White said. "It puts a damper on the whole mood and it's kind of like you're getting ready to do a big trick and you see something like that. Intimidating. Unfortunate. I'm hoping the builders can make some changes and the course has a little more of a friendly vibe. But I can't change the course. Just doing the best I can."

Rider after rider said the same thing. As Tuesday's training session was winding down, a large cluster of snowboarders and their coaches met at the base for a discussion of what changes need to be made before Thursday.

"When we get to a course, nothing's perfect," American snowboarder Chas Guldemond said. "It's roughed in. We test the course. We come in and tweak it. We have rider meetings. We give builders feedback and make tweaks to the course to make it safer and more usable for the riders."

No matter what fixes they make, there's no taking the danger completely out of slopestyle.

Horgmo's injury came on a rail at the top of the course — a feature that has potential for injury no matter how the course is built.

Canada's Mark McMorris, one of the favorites in this event, knows all about that. He is 10 days removed from breaking a rib after slamming into a rail on his final run at the Winter X Games.

He said he's medically clear but still sore. He skipped training Monday and made his first runs Tuesday.

Asked about the course, he said the take-off ramps are built "kind of obnoxiously tall." One theory is they were overbuilt to compensate for melting, which could come if temperatures remain above freezing as they have this week.

"I don't think it's dangerous," McMorris said. "Snowboarding's dangerous. But crossing the street is dangerous, too."

White claimed his wrist injury shouldn't slow him down over the upcoming six-day span that will help determine his legacy; on the halfpipe, he is hoping to become the first American male athlete to win an event at the Winter Games three straight times.

The shiner he took while training in Copper Mountain last week is almost completely cleared up — just a small trace of red underneath the right eye.

The ankle he sprained last month in Breckenridge? No problem.

The right shoulder he jammed in a nasty fall in Mammoth Lakes at an Olympic qualifier? "The shoulder still needs to cooperate a little more. It's a little rough. I've just got to warm it up real good in the morning," he said.

Not that anybody expects to reach the Olympics without a few aches and pains.

Question is, will they leave with even more?

"The course is a little intense," said American rider Jamie Anderson, the favorite for the women's gold medal. "Everyone's making the best of it. I'm having a questionable time getting used to it. But I'm just being slow, patient, taking them one jump at a time. At the end of the day, we're just snowboarding."