Microsoft (MSFT) has pinned its hopes for the critical mobile space on Windows Phone 7. It's increasingly looking to be a bad bet, as prices for Windows Phone handsets are dropping lower than the Federal Reserve's interest rate to a bank.

Windows Phone 7 has been Microsoft's last best hope for a mobile device operating system come-back. It perceived that Apple (AAPL) iOS and Google (GOOG) smartphones have not only gained huge acceptance among consumers (each will likely ship well more than 100 million units next year), but have gained important footholds in corporations, as users demand that IT departments support the devices.

In an appearance at the All Things Digital D: Dive Into Mobile conference, Joe Belfiore, Microsoft's corporate vice-president for the Windows Phone program, said that at only a month after the introduction, it was too early to comment on specific sales numbers. (Of course, Microsoft was happy to announce that its Kinect for Xbox 360 sold a million units in 10 days.)

When Walt Mossberg pushed him for a time frame to "again become one of the big players in terms of market share," Belfiore admitted that it could take two years for Microsoft to hit that market. Backstage he said that he was happy with Windows Phone sales:


Maybe he meant two decades, not two years, because for all the work that Microsoft put into creating a new operating system, Windows Phone is flopping in the stores. At the end of November, AT&T (T) did a two-for-one Windows Phone special.

Now, that's nothing. Amazon has three AT&T models for just a penny:

Other retailers are also offering discounts, though not as steep. I've seen models at Costco and Target for half their suggested $199 price, while Best Buy's Web site lists both the HD7 and HTC Surround for $99. Retailer LetsTalk.com has two models for $49 and another for $99, after rebates. AT&T and T-Mobile are also offering nationwide promotions allowing those paying full price to buy one and get a second one free.

It's not as though Windows Phone units are the only ones feeling deep discounts. Best Buy (BBY) has a some free smartphones, including Android and RIM (RIM) BlackBerry units, with a two-year subscription to a variety of carriers.

But to have such a concentration of brand-new Windows Phone models so deeply discounted is a very bad sign for Microsoft that it may have created another Kin. 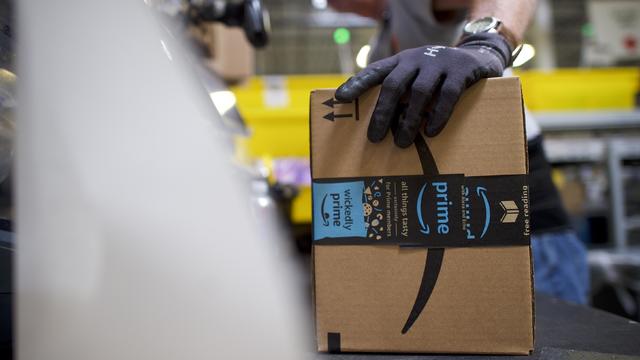 PR or propaganda? Retailer defends safety efforts amid calls to shut down some warehouses after workers die from COVID-19.