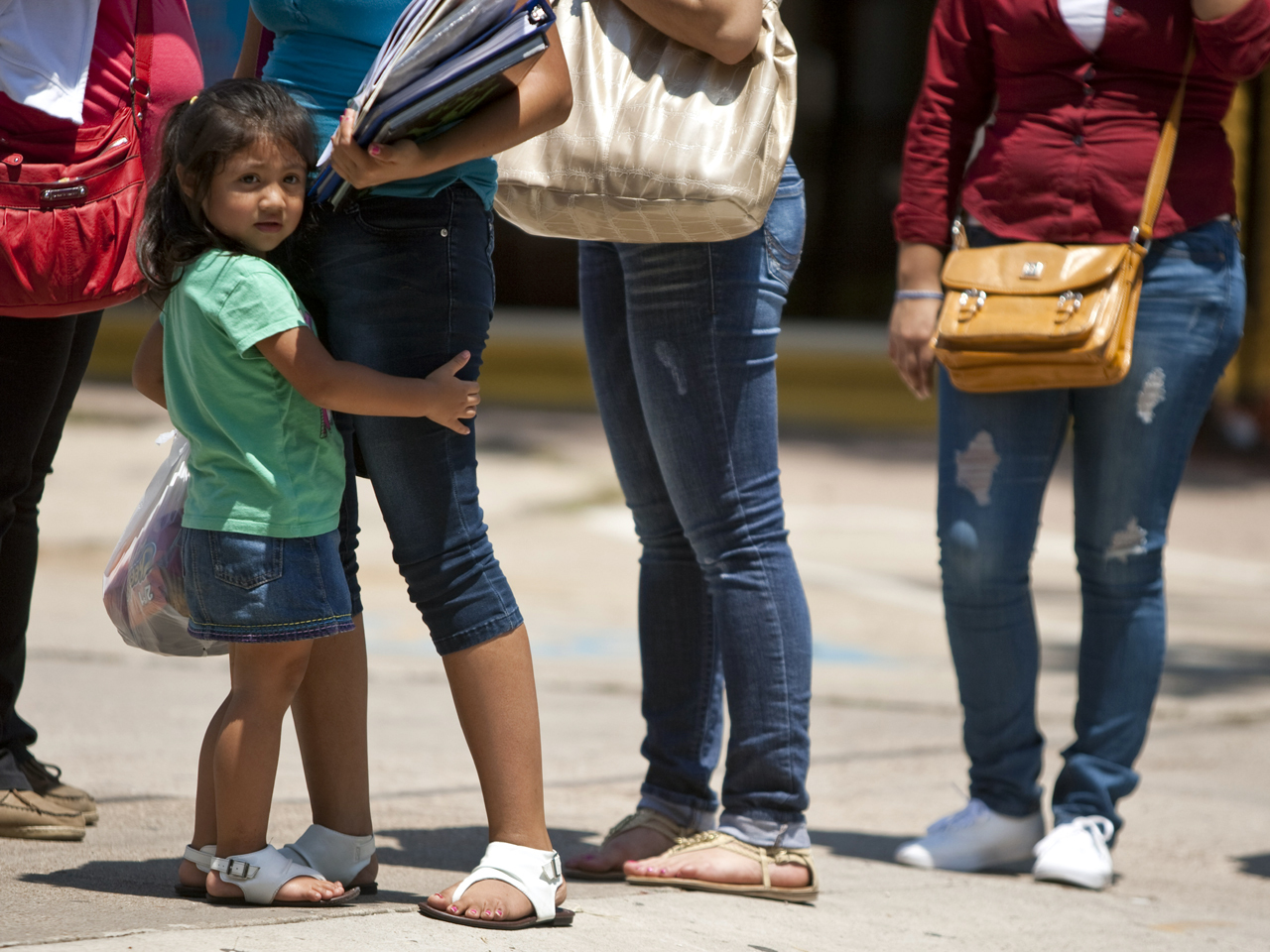 (CBS/AP) Starting Wednesday, up to 1.7 million young illegal immigrants living in the United States will be able to apply for a two-year reprieve from deportation.

Applicants pay a $465 fee, must have come to the United States before they turned 16, and be under 31 now. They also must have been living here at least five years and are in school or graduated or served in the military. They also cannot have been convicted of certain crimes or otherwise pose a safety threat.

For people like Benita Veliz, this is the day they've been dreaming about. The 27-year-old's family smuggled her across the border when she was 8, CBS Radio News reporter Michael Board reports from San Antonio.

There's no word yet how long applicants like her will have to wait for a reply, but when that day comes the first thing Veliz wants to do is stand in line at the Department of Motor Vehicles. She's been riding the bus for years and is excited to drive for the first time. She also plans to, for the first time in her life, get on an airplane.

A decision on each application could take several months, and immigrants have been warned not to leave the country while their application is pending. If they are allowed to stay in the United States and want to travel internationally, they will need to apply for permission to come back into the country, a request that would cost $360 more.

The Obama administration emphasizes the program is not a pathway to citizenship. Still, hundreds of thousands of illegal immigrants potentially could benefit from the program, which President Obama announced in June. The program is beginning just months before what promises to be a tight contest for the White House in which the Hispanic vote may play an important role.

Mr. Obama has come under fire from Hispanic voters and others who say he hasn't fulfilled a previous campaign promise to overhaul the nation's immigration laws. The policy change could stop deportations for more than 1 million young illegal immigrants who would have qualified for the failed DREAM Act, formally the Development, Relief and Education of Alien Minors Act, which Mr. Obama has supported in the past.

Republican lawmakers have accused Mr. Obama of circumventing Congress with the new program in an effort to boost his political standing and of favoring illegal immigrants over unemployed U.S. citizens.

Some, including House Judiciary Committee Chairman Lamar Smith, R-Texas, have called the policy backdoor amnesty and said they worry about fraud.

"While potentially millions of illegal immigrants will be permitted to compete with American workers for scarce jobs, there seems to be little if any mechanism in place for vetting fraudulent applications and documentation submitted by illegal immigrants," Smith said Tuesday.

Sen. Barbara Boxer, D-Calif., said the program really is more of a stopgap than a solution to immigration problems.

"Because it's only a two-year program, we know it's narrow in scope," Boxer told CBS Radio News, "but I know these young people are going to be such a credit to our nation and to themselves that it is going to set the stage for broad reform."

The California Dream Network, a student project created by the Coalition for Humane Immigrant Rights of Los Angeles, has been helping people apply for the program. Justino Mora, the group's steering director, said this new plan will provide opportunities for undocumented young people who want to contribute to society.

"With deferred action, we're going to be able to apply for a work permit, and the work permit is definitely ... going to allow us to get a job and to be able to use our knowledge, our degrees, so we can pursue our own dreams," Mora said.

"Every Dreamer should talk to an experienced immigration attorney before requesting deferred action, especially if they have ever been arrested, left the country or been in contact with ICE," Lyster said, referring to the federal Immigration and Customs Enforcement agency.

Immigrants are scrambling to get passports and other records in order. Under guidelines that Homeland Security announced Tuesday, proof of identity and eligibility could include a passport or birth certificate, school transcripts, medical and financial records and military service records. The DHS said that in some instances, multiple sworn affidavits, signed by a third party under penalty of perjury, also could be used. Anyone found to have committed fraud will be referred to federal immigration agents, the department said.

The paperwork for the program can be downloaded from the Immigration Services website.