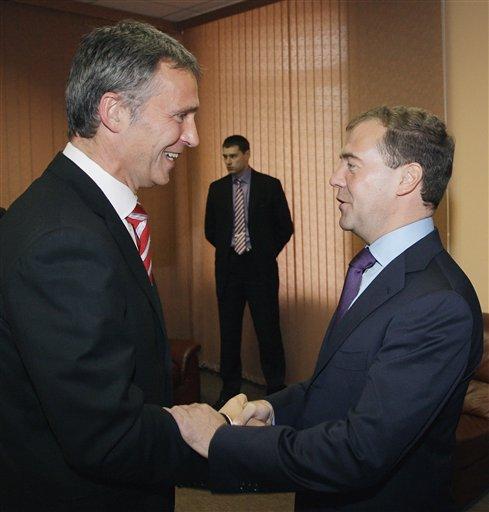 Verizon Wireless would seem to be a big winner after its expected announcement Tuesday that it will start selling the iPhone and break Apple Inc.'s monogamous relationship with AT&T Inc. in the U.S.

But for several reasons, the iPhone's arrival to Verizon would be poorly timed, and Verizon's gains won't be as clear-cut as one might believe.

There's no doubt a Verizon iPhone would attract millions of buyers, and it would give the country's largest wireless carrier a chance to catch up with AT&T in attracting high-paying smart phone customers.

Since the iPhone's debut in 2007, AT&T has been its exclusive distributor in the United States. That means, for the most part, that the iPhone doesn't work with other carriers, and anyone who wants an iPhone needs to get service through AT&T. Many people held back because they already had service with Verizon or another carrier they liked or were apprehensive about congestion on AT&T's network, particularly in New York and San Francisco.

Rumors about a version of an iPhone for Verizon have swirled for years, but they have been rising in recent months. The Wall Street Journal has reported that an event Verizon is holding Tuesday is indeed for a Verizon iPhone, to go on sale at the end of the month.

Analysts' estimates for Verizon's iPhone sales this year vary widely, from 5 million to 13 million and some of that would come from what AT&T would have sold. The iPhone is big business for AT&T: The carrier activated 11.1 million iPhones in the first nine months of 2010, the latest figures available.

Many analysts estimate that Verizon would be the largest seller of the iPhone in the U.S. this year, outdoing AT&T as it satisfies pent-up demand. Verizon has been doing its best to keep up with AT&T by selling smart phones other than the iPhone, but it has still been lagging.

Yet several factors may give prospective Verizon iPhone buyers pause.
Verizon is making a big deal out of its brand new, blazing-fast "4G" network. The carrier revealed the first phones and tablets for the network at the International Consumer Electronics Show in Las Vegas last week.

But indications are that the first Verizon iPhone would only work on the older, "3G" network. That network has wide coverage, excellent reliability and less congestion than AT&T's, but data speeds are much lower. You also can't talk and surf at the same time with Verizon 3G phones. These factors give AT&T openings for their marketing.

Also, Apple has been launching a new iPhone model every summer, and presumably an iPhone 5 is coming. But it's not clear when Verizon would get it. Verizon may be on the same one-year upgrade cycle, so it may have to wait until January and leave AT&T with the advantage of a fresher model in the fall.

Most importantly, cell phone companies do their best to tie subscribers up with contracts and limit their mobility. AT&T executives last year stressed to investors that most of their iPhone users are on family and employer plans more difficult for an individual to switch from.

"The consensus is that AT&T is reasonably well-prepared for Verizon's iPhone onslaught ... for now," said Sanford Bernstein analyst Craig Moffett.

For this reason, analysts expect most Verizon iPhone buyers to be people who already have Verizon service. John Hodulik at UBS expects that 77 percent of his estimated 13 million Verizon iPhones this year would go to current Verizon subscribers.

That means Verizon would be paying heavily to upgrade its own subscribers to the iPhone. Apple charges AT&T about $600 for each iPhone 4. The carrier subsidizes that down to the $199 retail price, figuring it will make money back on service fees over the run of a two-year contract. An influx of iPhone buyers would have Verizon putting up a similar $400 for each one, more than it would be subsidizing, say, a BlackBerry Curve.

Hodulik figures that even with the iPhone's boost to service revenue, iPhone subsidies would reduce Verizon earnings this year by a net 15 cents per share, or about $425 million.

Still, analysts don't expect the Verizon iPhone to affect stock prices much, reasoning that investors have already factored in the news.

For AT&T, long-term contracts and other factors would help it retain some iPhone customers. But estimates vary on how many would flee to Verizon. Christopher King of Stifel Nicolaus estimates as many as 6 million over two years, while James Ratcliffe at Barclay's expects just 1 million this year. The true number will be a measure of how many people have soured on AT&T's network and its widely publicized problems.

Hodulik says AT&T would actually benefit in the short term from paying fewer subsidies, saving about 10 cents per share, or about $590 billion, this year.

The No. 3 and No. 4 carriers in the U.S., Sprint Nextel Corp. and T-Mobile USA, may have as much to lose from a Verizon iPhone than AT&T. They won't have iPhones of their own and would face the added competition from Verizon's model. Sprint recently started reversing a multi-year subscriber loss, but its recovery is still tentative, and T-Mobile's subscriber figures are stagnating.

Other potential losers are Google Inc. and Motorola Mobility Inc. To counter the attraction of the AT&T iPhone, Verizon has worked closely with Google to promote its Android phone operating system. Motorola was one of the main beneficiaries, having bet on Android phones to turn around a multi-year slide in its sales. Verizon now accounts for about 45 percent of Motorola's smart phone sales, according to analyst Tim Long at BMO Capital Markets.

The Verizon iPhone "will be the first true test for Android," Kaufman analyst Shaw Wu said. It would demonstrate whether gains in its market share are real or just temporary, stemming from weak competition from other iPhone rivals such as the BlackBerry, he said.

The biggest winner would be Apple. With the benefit of hindsight, the tie-up with AT&T was a strategic mistake.

Cell phone makers often give U.S. carriers exclusive rights to sell a model, but usually only for six months or so. Apple and AT&T wrote a multi-year contract ahead of the launch of the first iPhone in 2007. That was probably the price it had to pay AT&T for agreeing to carry a phone that broke many industry rules. Apple had complete control over the software on the phone, and it was linked to Apple's music and video stores, not AT&T's. When the App Store came along a year later, that was completely controlled by Apple as well.

But AT&T exclusivity limited sales of the iPhone in the U.S., both because many people are tied to other carriers, and because AT&T's network buckled under the onslaught of data-hungry iPhone users.

Apple didn't sign multi-year exclusivity deals in other countries, and the U.S. is now one of few countries to have a single iPhone carrier. In just weeks, even that distinction would end.