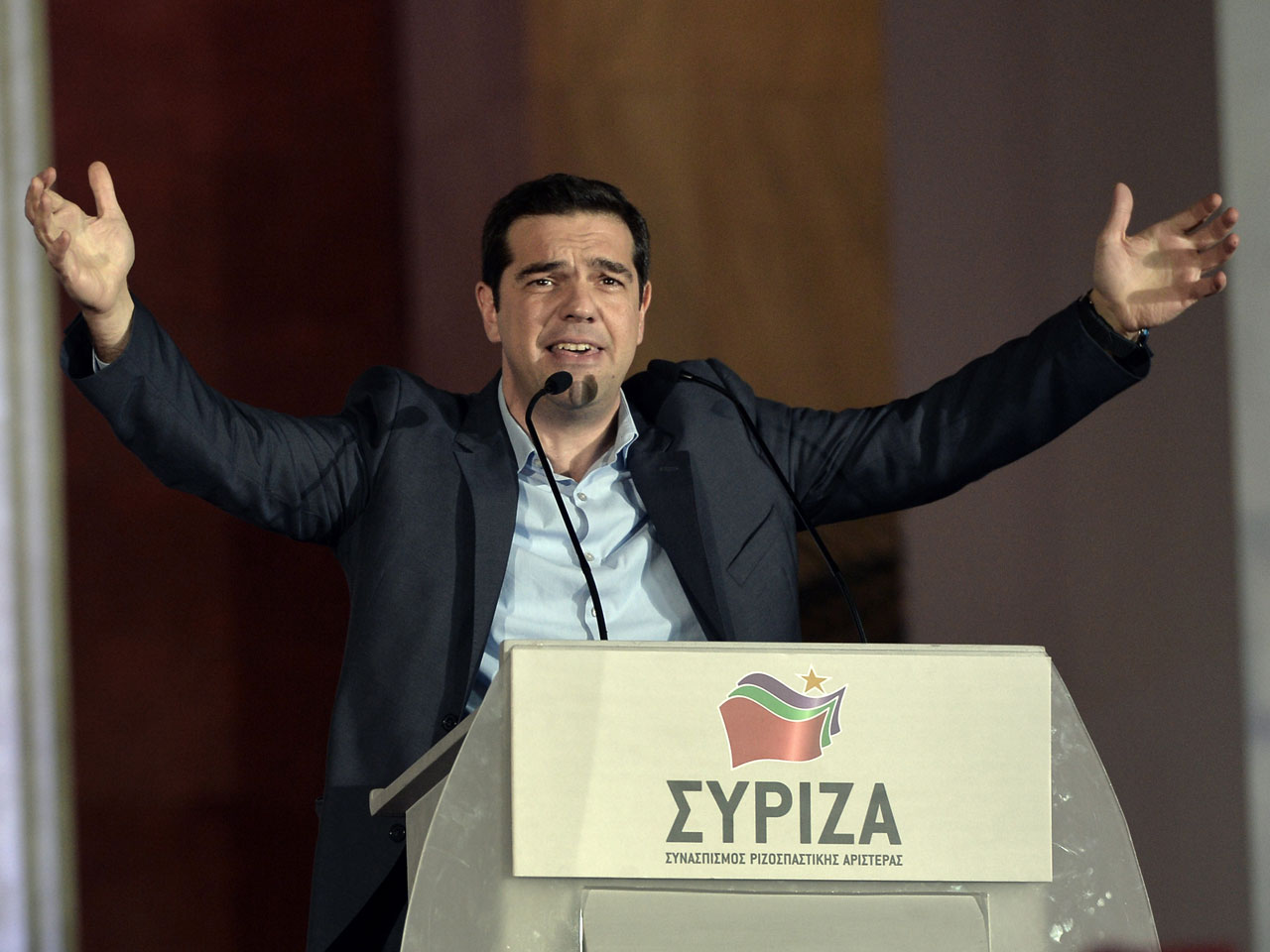 ATHENS -- Greek voters' election of the anti-austerity political party Syriza puts the country on a collision course with its international lenders, another flash point for the ailing eurozone as it grapples with slumping economic growth.

Along with forming a coalition government, the first task for new Prime Minister Alexis Tsipras will be to negotiate an extension to the bailout provided to Greece by the "Troika" -- the European Central Bank, European Commission and International Monetary Fund.

"We stand ready to continue supporting Greece, and look forward to discussions with the new government," IMF Managing Director Christine Lagarde said in a statement.

In leading the left-wing Syriza, Tsipras vowed during the campaign to push for more lenient terms to the 240 billion euro ($268.9 billion) loan package, which expires February 28. Syriza blames the bailout for driving up unemployment to nearly 26 percent and pushing millions of Greeks into poverty.

"Negotiations with the country's creditors are expected to be difficult," said economists with research firm IHS, in a note. The biggest sticking point is likely to be whether Greece's new government is willing to continue holding down government spending and making other structural changes to the economy, which the Troika set as a condition for the bailout.

For now, by contrast, financial markets appear to be discounting the odds of Greece leaving the 19-member eurozone. Bond prices in other weaker economies in the currency union, such as Italy and Spain, crept up Monday, a sign that investors remain calm over Greece's prospects. In afternoon trading, U.S. stocks were mostly flat.

The euro, after initially sinking to its lowest level in 11 years after Sunday's election results became clear, rose today to $1.1278.

If investors remain sanguine about the potential economic impact of Syriza's victory, the historic political shift in Greece is still coming into focus. The election of Syriza, whose name is an acronym for "coalition of the radical left," represents the first time since the restoration of democracy in Greece in 1974 that a party other than the conservative New Democracy or the socialist Pasok has been elected.

A combination of anger over austerity and disillusionment with establishment Greek political leaders worked in Syriza's favor. That galvanized support for the 40-year-old Tsipras, who has not only promised to negotiate a writedown of the country's debt, but also to fight the Greek oligarchy and state corruption.

"I voted for Syriza because I can no longer stand the fear," said one resident of Thessaloniki, Greece's second-largest city.

The win also could have broader repercussions across Europe. Syriza's victory sends a powerful message to the continent's other indebted nations, including political leaders on the left and right who oppose the sharp government spending and wage cuts imposed by the Troika in return for financial aid.

In Spain, for example, the leftist Podemos party has surged in popularity by pledging to end austerity and put the country on a new economic path.

It's also clear that Syriza's message struck a chord with many voters who don't consider themselves leftists and who wouldn't otherwise vote for a man with a picture of communist revolutionary Che Guevara hanging in his office.

"They've put us into the oven and burned us -- now we need some cool water to relieve us, and for now that cool water looks like it's Alexis Tsipras," one Athens cafe owner told CBS News.

Tsipras delivered his victory speech in front of hundreds of supporters gathered outside Athens University, saying, "Greece has turned the page. Destructive austerity and the Troika are now in the past." Yet he also hinted at the possibility of compromise, saying his government would seek a "mutual" solution with European lenders.

Other prominent figures in Syriza have drawn a harder line. Yanis Varoufakis, an economist and potential finance minister in the new government, is among those who want to tackle Europe's debt crisis by boosting growth, rather than slashing debt. In an interview just before the election, Varoufakis compared Greece's loan arrangements to a Ponzi scheme.

"Ponzi austerity is austerity cutbacks, antisocial cutbacks and anti-growth cutbacks that are based on an increasing debt," he said. "This is what we need to put an end to. Only if, and when, we manage to negotiate a sensible deal in Europe to put an end to this [will we] be able to talk about genuine growth."

Greece's government can expect stiff resistance to its demands for debt relief in Germany and other nations that have loaned the country money. Driving home that point, Finland's prime minister said Monday that "we are against any debt relief for Greece, but are open to extending the bailout."

One incentive Greece has for agreeing on new bailout terms, rather than exiting the eurozone, is the massive stimulus plan the European Central Bank plan announced last week, said Claus Vistesen, chief eurozone economist with Pantheon Macroeconomics. He also said Greek debtholders now recognize that they are are unlikely to be repaid in full, opening the door to a compromise.

"We think cooler heads will eventually prevail... and a deal will be struck in the coming months," Vistesen said in a client note.