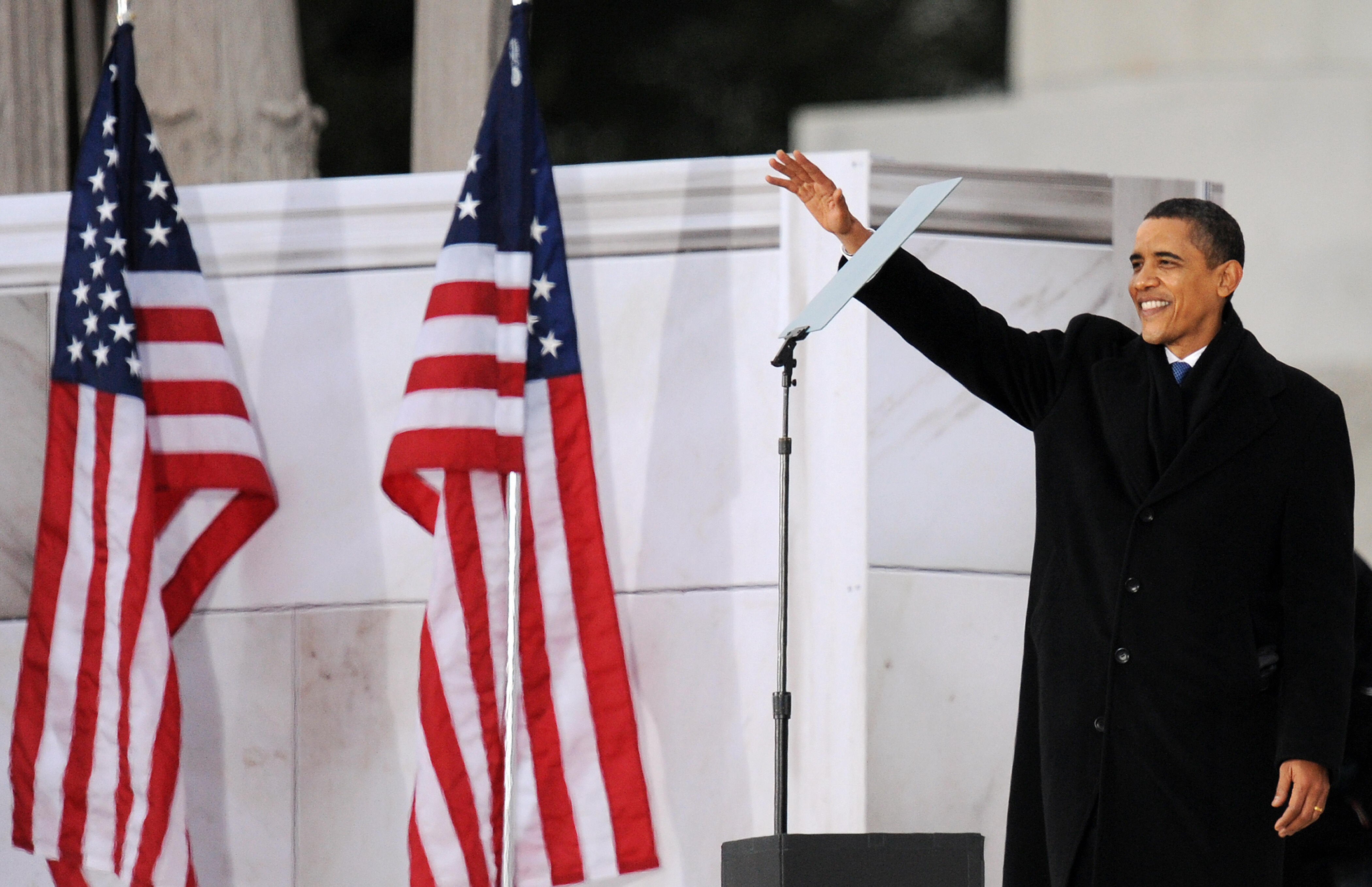 This afternoon, amid the pomp and pageantry of the inauguration festivities, President Obama will take the podium for the second and final inaugural speech of his life. But in crafting a speech inevitably meant for the history books -- or potentially on the base of an impressive marble statue -- the president, like all second-term presidents, faces an uphill battle: With the notable exception of Abraham Lincoln, who delivered his second inaugural speech as the Civil War waned and slavery neared an end, few in U.S. history are remembered for this particular address.

"Sometimes you have what you think is this really magnificent language, but no one remembers it," said David Kusnet, a former speechwriter for former President Bill Clinton. "An inaugural is a specific kind of speech. You want to have an impact on the events that are about to happen and you also want to leave a legacy for the future. But it's not a stump speech. It's not a partisan speech. It's not a policy speech."

In other words, according to historian Douglas Brinkley, "they're not substantive."

"They're like Hallmark cards," he said. "Filled with sentimental, feel-good, uplifting, patriotic language."

For a second-term president, writing a speech that crystallizes the contemporary political situation in a meaningful historical framework is particularly challenging: After all, unlike for an incoming president, who may still be riding off the optimism of a campaign, an incumbent has likely already faced political and legislative setbacks. The audience already knows some of the president's practical limitations, whatever his rhetorical prowess.

"If a first inaugural is a statement of purpose, a second is often a statement of principle," said Leonard Steinhorn, a communications professor at American University and expert in presidential speechwriting. "The country knows the president, and they expect things from him. They expect to be inspired. They want an affirmation of his values."

This year, Mr. Obama's inauguration falls on Martin Luther King Day; August also marks the 50th anniversary of King's iconic "I Have a Dream" speech. And earlier this month, America celebrated the 150th anniversary of the Emancipation Proclamation. Mr. Obama, who has spoken frequently about the influence King and Lincoln have had on his intellectual education, has plenty of historical references with which to frame his ideas. But it's yet to be determined whether that's a blessing or a curse.

"I think the challenge for the president and his staff would almost be to sort out all the history that's hovering over this moment," said Kusnet. "There will be a lot of history in the air about the challenge of having this really be one America."

Brinkley argues that while Mr. Obama could "riff off of King," he'd be better off invoking the words of former President Franklin Roosevelt, who, like Mr. Obama, spent much of his first term fighting to help the nation recover from a devastated economy and low national morale.

"It's a little predictable if you're just going to talk about Martin Luther King. He's done that every single year on MLK Day. This is the speech where you're trying to get your words carved into stone. You're raising the bar in rhetoric."

Even so, Steinhorn points out that calls for unity -- such as an address invoking King or Lincoln might inspire -- have defined Mr. Obama's political career. He was launched into the political spotlight in a 2004 speech decrying the ghettoization of "red" America and "blue" America, and has throughout his presidency stressed the need for bipartisanship.

"I think with the political civil war we've been having, and the increasing political vitriol, the president is going to want to talk about ways to knit back together a culture of civility," Steinhorn said. "I would be surprised if he doesn't do that, and dial back to one of the most important second inaugurals ever, where Lincoln talked about healing and coming together and the importance of that."

Larry Sabato, director of the University of Virginia's Center for Politics, argued Mr. Obama should try a new strategy -- particularly in light of what he characterized as the president's lackluster first attempt.

"It was not the man meeting the moment," he said. "It was too airy and nonspecific. The words didn't resonate. They didn't connect with the big challenges of the day, or the persona Obama had become."

This time around, he argued, the nation has even less appetite for the kind of "airy rhetoric" to which most presidents might be prone in this sort of speech.

"Let's not pretend that everything is goodness and light. Just get down to it and say, here's what I want to do in my remaining four years," he said. "We've heard all the inspirational speeches we need from Barack Obama. Now he's got to go for the legacy, and you only do that by winning on the specifics of the policies."

Ultimately, history will judge the success of Mr. Obama's speech. But Kusnet argues that, at the very least, Mr. Obama will have a rapt audience this afternoon.

"I think it may be that the burden and the opportunity for Obama are greater than for some of his predecessors," Kusnet said. Amid the ongoing battles over the economy, gun control and immigration, and amid the bitter tension in Congress, he argued that "people are paying attention right now to what the president says and does."