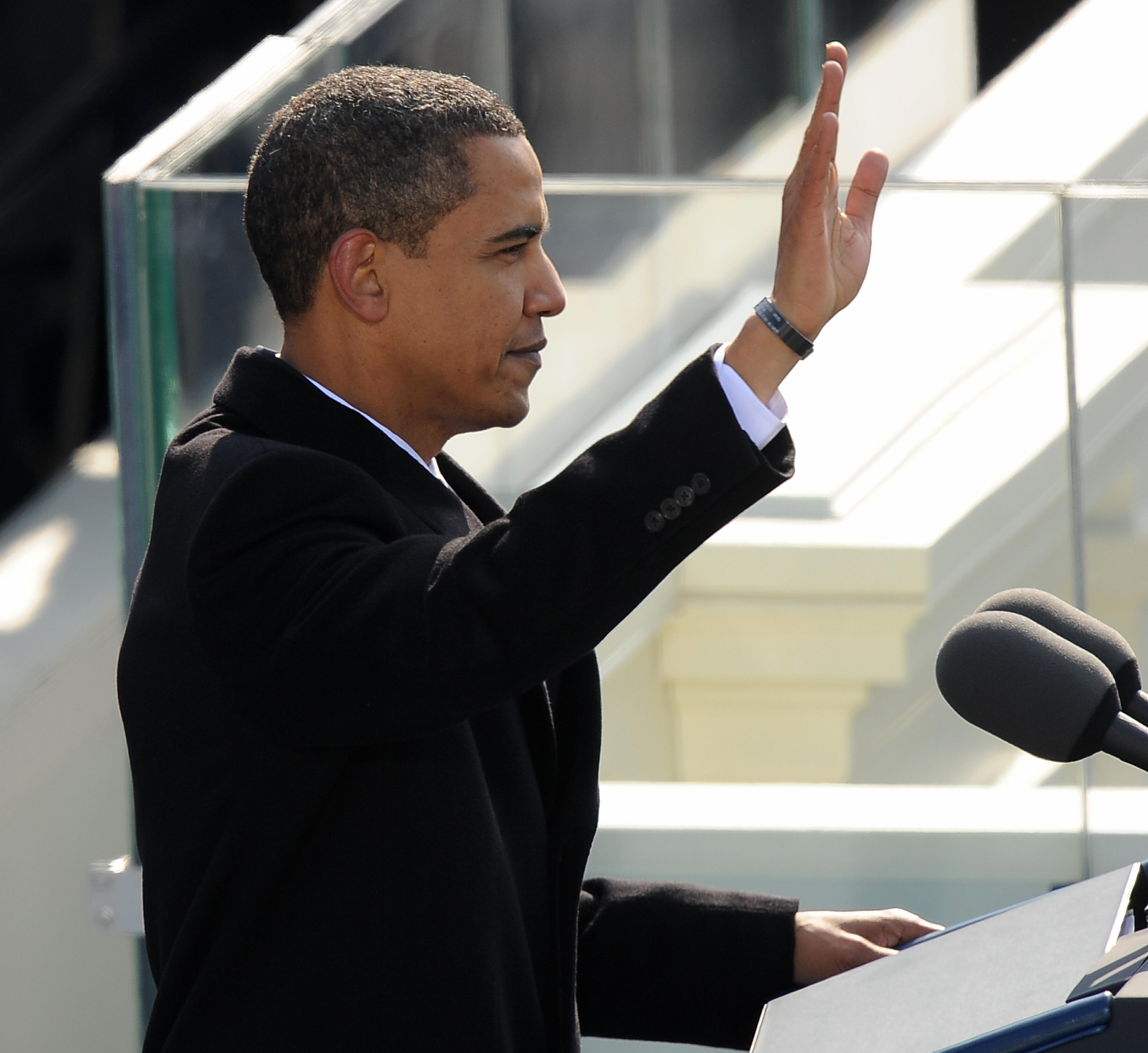 As President Obama prepares to deliver his second inaugural speech, CBSNews.com takes a look at his first inaugural address. It was filled with soaring rhetoric of a better nation intertwined with vague policy objectives. Some of his vision - health care reform and ending the war in Iraq, for instance - has been successfully implemented while other aspects such as his promise to change the political tone in Washington have fallen by the wayside.

"On this day, we come to proclaim an end to the petty grievances and false promises, the recriminations and worn-out dogmas that for far too long have strangled our politics."

This is arguably Mr. Obama's biggest failure. He ran his first campaign on a promising to bring a new type of politics to Washington and it was one of the first themes he broached during his 2009 inaugural address. He came to office after a tumultuous, partisan environment in Washington during the George W. Bush administration, which divided the country over the war in Iraq, torture and surveillance programs.

Almost immediately after entering office, Washington proved that partisan polarization was too much for the president to change, and critics say he made it worse. Most of the major legislation the president promoted passed along partisan lines. They include the economic stimulus, health care reform and financial reform. The president was also unable to avoid budget battles over spending, taxes and the debt ceiling. Just in his first term, the country risked default or a government shutdown three times.

"And we will act not only to create new jobs but to lay a new foundation for growth."

The first year of Mr. Obama's first term consisted of steady job loss as the country lost more than 3.5 million jobs from February 2009 - his first full month in office - until the lowest point of employment, January 2010. Since then, however, 4.8 million jobs have been created.

The administration credits the president's policies, including the stimulus, which was one of his first actions upon entering office, for helping ease the downward spiraling trajectory of the economy. Critics, however, point to the fact that the White House estimated that unemployment would not rise above 8 percent with stimulus legislation. It hovered around 10 percent for nearly a year and the president was unable to pass additional job creation legislation for the remainder of his first term.

"We will build the roads and bridges, the electric grids and digital lines that feed our commerce and bind us together."

The stimulus, officially titled the American Recovery and Reinvestment Act cost $840 billion. One-third of the funding went to stimulus, job creation and country-building projects, but even less, about 8 percent, went directly toward transportation and infrastructure programs. That is the bulk of funding for roads and bridges passed during the Obama administration, but in August of last year, he allocated half a billion dollars of leftover funds to states committed to repairing old roads and bridges. The president tried, but failed, to pass additional infrastructure spending. In 2011, Congress blocked a $50 billion proposal.

As for electric grids, the Congress approved $80 million, which is small change relatively speaking, in the stimulus to begin the research and planning stages of an enhanced electrical grid that accommodates renewable energy. The multi-agency coalition called the Rapid Response Team for Transmission is still in the very beginning stages of pilot programs.

"We will restore science to its rightful place and wield technology's wonders to raise health care's quality and lower its costs."

Taking two years to do it, the president passed comprehensive health care reform. While all of its components are not yet implemented, including the central component - health exchanges, it has expanded access to health care in other ways. The law prohibits insurance companies from refusing consumers with preexisting conditions and the law requires coverage of additional preventative services, including mammograms for women, flue vaccines, obesity counseling and children's vision screenings. But access might not equate to quality.

"We will harness the sun and the winds and the soil to fuel our cars and run our factories."

While he has promoted clean energy to run factories, there has been no funding provided or legislation requiring factories operate from renewable energy.

The United States has nearly doubled its productin of renewable energy since 1973 - a time when most of renewable energy came from hydroelectric power and the U.S. used negligible amounts of solar, wind and geothermal energy. But while the president's budgets have focused on investment in renewable energy, his budget priorities have not passed. The stimulus bill is where the much of the funding for clean energy cleared Congress.

"But this crisis has reminded us that without a watchful eye, the market can spin out of control. The nation cannot prosper long when it favors only the prosperous."

The president came into office on the tip of the worst financial recession since the Great Depression. Many, including the president, blamed the deregulation of the financial industry. In response, the Congress passed the Dodd-Frank act, which aimed to impose more regulation of Wall Street and reign in the markets.

"We'll begin to responsibly leave Iraq to its people and forge a hard-earned peace in Afghanistan."

In 2011, the president completed the troop withdrawal from Iraq, but when he took office, his predecessor, President George W. Bush, had already signed the Status of Forces Agreement with Iraq President Nouri al-Maliki to withdraw U.S. troops by the end of 2011.

As for Afghanistan, after a meeting with Afghan President Hamid Karzai earlier this month, the president sped up a deadline to end the combat mission there, which was previously set for 2014. He said the U.S. will transition to a support role by the spring. Currently there are 68,000 troops in Afghanistan compared to 38,000 there when he came into office, but fewer than the 100,000 troops in the country in 2011.

"And for those who seek to advance their aims by inducing terror and slaughtering innocents, we say to you now that, "Our spirit is stronger and cannot be broken. You cannot outlast us, and we will defeat you."

The president's biggest foreign policy accomplishment is the killing of Osama bin Laden. But controversially, the president has greatly expanded the unmanned drone program and many of the strikes are over the border of Afghanistan and in remote areas of Pakistan. In addition, the drone strikes are extremely secretive. Investigative journalists and other watchdogs are attempting to track the strikes and conclude that there have been 300 strikes in Pakistan during the president's first term, that's one every five days, according to the Bureau of Investigating Journalism. Yemen is also a popular target of the president's drone strikes.