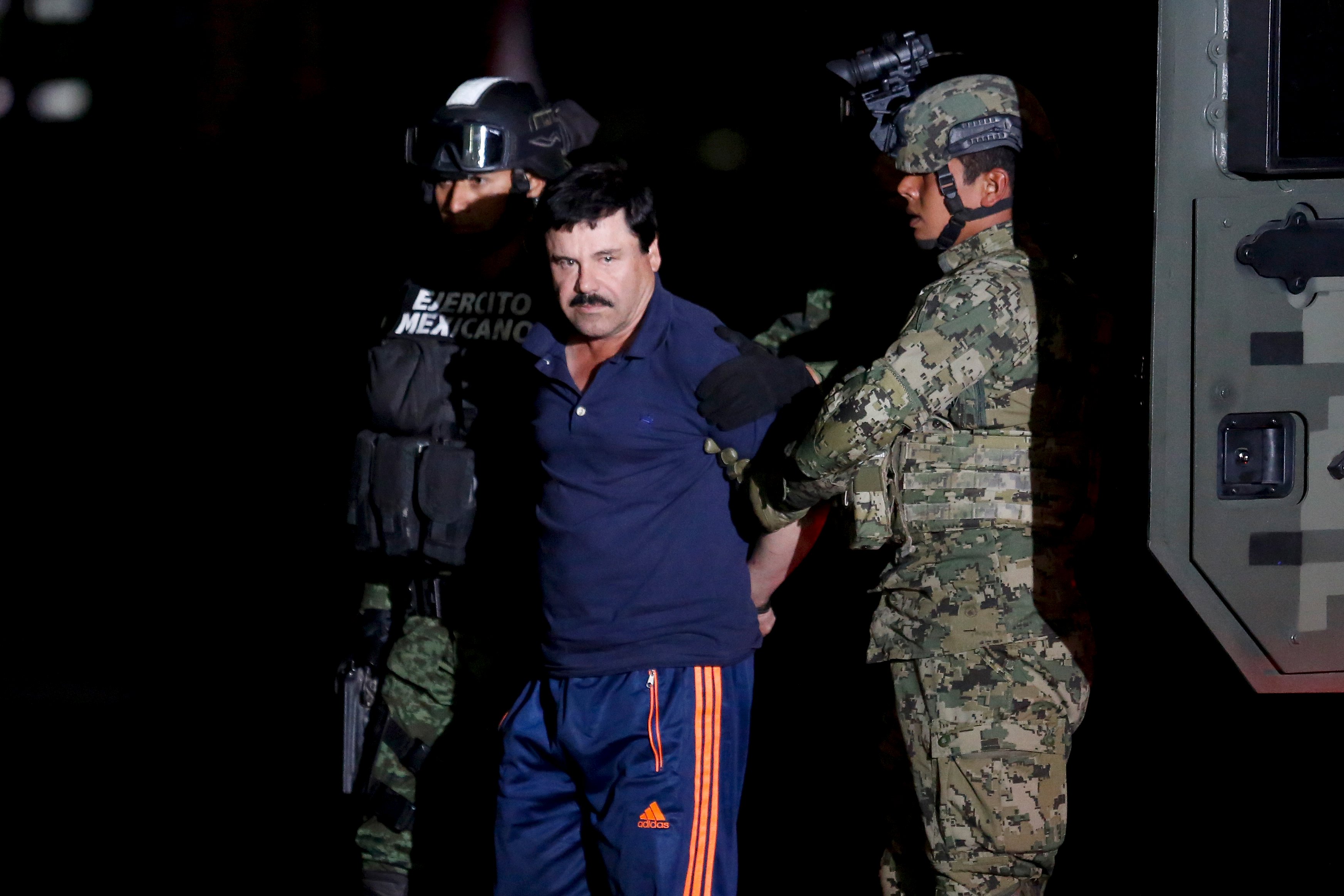 With Joaquin "El Chapo" Guzman back in the Altiplano maximum-security prison, the question of the day was how to keep the most notorious drug kingpin behind bars after his two well-orchestrated escapes from Mexican custody in 2001 and 2015.

Late Saturday, the Mexican attorney general's office said in a statement that proceedings would be held to extradite Guzman.

The timing for the proceedings was unclear. Agence France-Presse reported that Guzman's lawyers would have three days to file objections and 20 additional days to prove them but that timeframe could also be extended.

But Mexican government officials and experts believe that the road to extradition is much more thorny and requires compromise.

U.S.-Mexican extradition of drug traffickers has a difficult history, and U.S. efforts to have Guzman returned will have to take that into account.

Mexico routinely returns fugitives to the U.S. to face justice. But under the 1978 extradition treaty between the U.S. and Mexico, which was ratified by the U.S. Senate and signed by the president, U.S. prosecutors must agree to seek no more than life in prison. Under Mexican law, Mexico cannot send any Mexican national back to the United States unless the U.S. gives assurances it won't seek the death penalty.

That policy has been upsetting to crime victims and American law enforcement, and it has been so contentious that it managed to make its way to the U.S. Supreme Court eight years ago after a case against the U.S. by Mexico in the U.N.'s International Court of Justice.

David Shirk, associate professor of political science and international relations director of the Justice in Mexico Project at the University of San Diego, told CBS News that the current extradition treaty says that there will be no extradition in death penalty cases.

"They have to be very careful," Shirk said, "when developing the charges to ensure that they would not run afoul of the extradition treaty. Otherwise it is grounds to dismiss the case."

Back in 1993, José Ernesto Medelln, a Mexican national and member of the "Black and Whites" gang, was convicted of capital murder in the brutal gang rape of two Houston teenagers and sentenced to death.

Mexico brought the case in 2004 to the International Court of Justice against the U.S. and won, arguing that the United States had violated an international treaty by failing to inform the 51 named Mexican nationals of their rights.

At the time, President George W. Bush issued a memorandum to the U.S. attorney general mandating the court to "discharge its international obligations under the decision of the International Court of Justice" by having state courts give effect to the decision. But Mr. Bush's own state of Texas appealed to the Supreme Court, which heard case in 2008.

Despite Mr. Bush's memorandum, the Supreme Court held that the judgment of the Texas Court of Criminal Appeals was affirmed and in August of that year, Jose Medellin was executed. The issue of extradition has been thorny ever since.

Things may have changed on some fronts since then, but the fundamentals, Mexico experts say, have not.

Since that time, hundreds of extraditions have taken place by Mexico of nationals to the U.S. and by the U.S. to Mexico, but the law still stands that Mexico will not extradite a national where the death penalty is involved.

In the case of Guzman, the U.S. applied for extradition June 25, 2015 -- just weeks before his escape -- but his attorneys won an injunction, arguing the case on death penalty grounds.

CBS News' Paula Reid reports that the criminal division of the U.S. Department of Justice confirmed the extradition request in a statement saying, "subsequent to the arrest of Guzman, the United States did submit full extradition requests to Mexico."

Another delay may be that Mexico wants Guzman to serve time in Mexico first, and former Attorney General Jesus Murillo Karam is on the record saying would not be extradited until he finished serving his time in Mexico.

The more high-profile extraditions in 2015 involved 13 drug dealers, including famed cartel boss Edgar Valdez Villareal, known as "La Barbie," but he faces a long prison term not the death penalty.

A senior Mexican official, who did not want to be identified, said that law remains in place and that the U.S. would have to take the death penalty off the table.

"It will be interesting if they bring 'El Chapo' across because he has tons of intelligence on a lot of people," Shirk said.

"The single most popular action of the Pena Nieto government in his four years in office was the arrest of 'El Chapo' the first time, and one of the most problematic things that happened in this government, among many others, was the escape," Shirk said. "If I were a member of the Sinaloa cartel or a corrupt Mexican government official, I would not him to be extradited, I would want him to be dead."

Anything can happen, Shirk said, "It is entirely plausible he gets extradited, or he gets assassinated, or that he is held behind bars in Mexico."

"It's normal for countries that do not have the death penalty to make 'no death penalty' a condition for extradition," Alan Riding, author of "Distant Neighbors: A Portrait of the Mexicans" and a former New York Times bureau chief, told CBS News. "But Mexico's 'orgullo nacional,' (national pride) -- albeit battered by 'El Chapo''s last escapes -- will block extradition. Whatever the reality, no Mexican government can admit that its system of law -- courts and prisons -- is so corrupt that it need extradite the really bad guys. It would be an admission of a failed state."