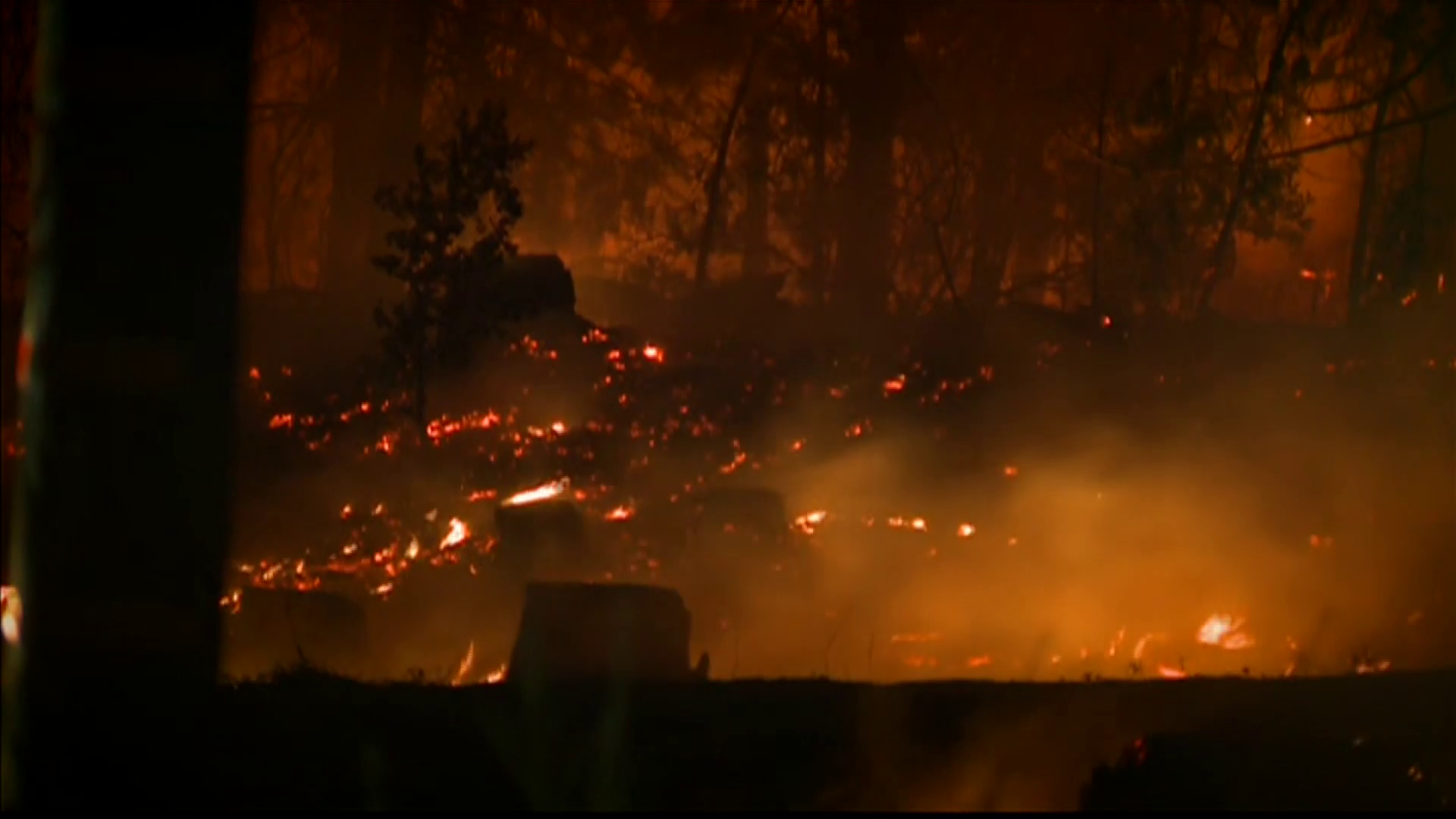 RENO, Nev. -- Fire crews battling a wildfire that has destroyed 10 homes near the Northern California town of Oroville were able to slow its growth overnight.

The California Department of Forestry and Fire Protection said Thursday that the blaze about 70 miles north of Sacramento had consumed nearly 5 square miles and was partially contained. It's still threatening 500 homes.

It says fire crews from across California are joining more than 1,000 firefighters battling the fire that started Tuesday.

CBS Sacramento reports that two evacuation centers are open: one at the Ponderosa Community Center in Brownsville and another at the Church of the Nazarene in Oroville.

Firefighters from around the state are continuing to show up to help try and slow the flames, CBS Sacramento reports.

CBS Sacramento says John Ballenger, 29, was arrested Tuesday night in connection to the Ponderosa Fire. Investigators suspect he started a fire outside of a designated campground and allowed the fire to escape.

"He wasn't acting what we say is normal," Grove said.

Grove says she and her neighbors have seen small fires in the area and trees and nails thrown into the middle of the road. And in all of those instances, Ballenger was always nearby.

"I just wish somebody could've helped him before this all happened," she said.

The Ponderosa Fire is one of many wildfires burning across the U.S. West, including blazes in and around California's Yosemite National Park that have closed a popular road into the park, shuttered the iconic Wawona Hotel and evacuated nearby towns.

About 58 homes near the park were destroyed earlier this summer.

A wildfire 40 miles south of the Burning Man festival in Nevada has now burned more than 80 square miles of mostly sage brush and grass but the main highway remains open and the counterculture festival is continuing 100 miles north of Reno.

The Sierra Front interagency dispatch center said late Thursday seven ranches are still threatened by the lightning-sparked fire near Pyramid Lake but no structures have been destroyed or injuries reported.

Fire officials say the estimated burn area nearly doubled after a flyover Thursday but the blaze is still far from the celebration in the Black Rock Desert.

More than 100 firefighters are on the scene with air support. There's currently no containment and full containment isn't expected for a week.