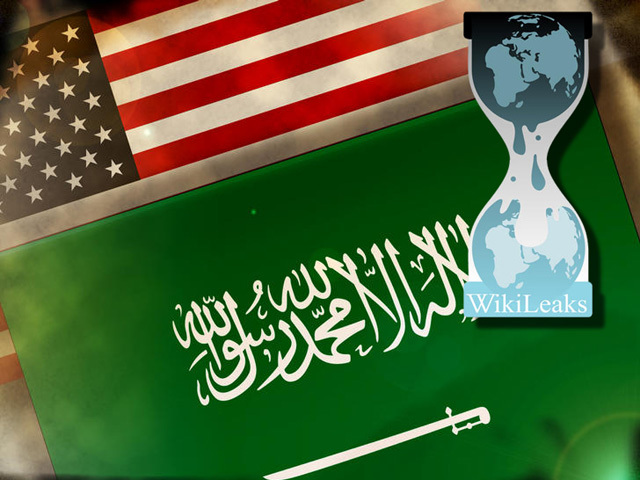 Secretary of State Hillary Clinton urged U.S. diplomats to do more to stop the flow of money to Islamist militant groups from donors in Saudi Arabia.

The Saudi government, Clinton wrote, was reluctant to cut off money being sent to the Taliban in Afghanistan and Lashkar-e-Taiba (LeT) in Pakistan.

"While the Kingdom of Saudi Arabia (KSA) takes seriously the threat of terrorism within Saudi Arabia, it has been an ongoing challenge to persuade Saudi officials to treat terrorist financing emanating from Saudi Arabia as a strategic priority," the memo states.

Progress was cited by the Saudi government (due in part to "intense focus" by the United States) to proactively investigate and detain financiers of concern. "Still, donors in Saudi Arabia constitute the most significant source of funding to Sunni terrorist groups worldwide."

"In contrast to its increasingly aggressive efforts to disrupt al Qaeda's access to funding from Saudi sources, Riyadh has taken only limited action to disrupt fundraising for the UN 1267-listed Taliban and LeT-groups that are also aligned with al Qaeda and focused on undermining stability in Afghanistan and Pakistan."

"More needs to be done since Saudi Arabia remains a critical financial support base for al Qaeda, the Taliban, LeT and other terrorist groups," according to the memo signed by Clinton.

Other Arab countries cited as being sources of money for terrorists were Qatar, Kuwait and the United Arab Emirates.

The memo states al Qaeda and other militants groups "continue to exploit Kuwait both as a source of funds and as a key transit point."

The memo was among those leaked by the whistleblower website WikiLeaks, and appeared today in the British newspaper, The Guardian.

The memo recommends a strategic approach to achieve long-term success in combating terror financing, including:

"Aggressive action" to identify, disrupt and deter" those who raise or facilitate funds for terrorists;

"Appropriate legal measures, including effective prosecution" to hold terrorist financiers publicly accountable, and sending a strong message of deterrence to others.

"Strong oversight of charities" to ensure such organizations do not contribute to terrorist and extremist elements;

Strict enforcement of UN 1267 sanctions; and

Full compliance with international standards to combat money laundering and financing of terrorism.

Another memo published by the Guardian indicates that a front company for the LeT, Jamaat-ud-Dawah (JUD), was openly raising funds in Saudi Arabia.

Prior to the Mumbai, India terror attacks in November 2008, the memo says, an American effort to have JUD listed by the United Nations alongside other terror-allied organizations was placed on hold by China at the behest of Pakistan. Pakistan acquiesced the month following the Mumbai attacks, but JUD appears to still be operating in multiple locations in Pakistan.