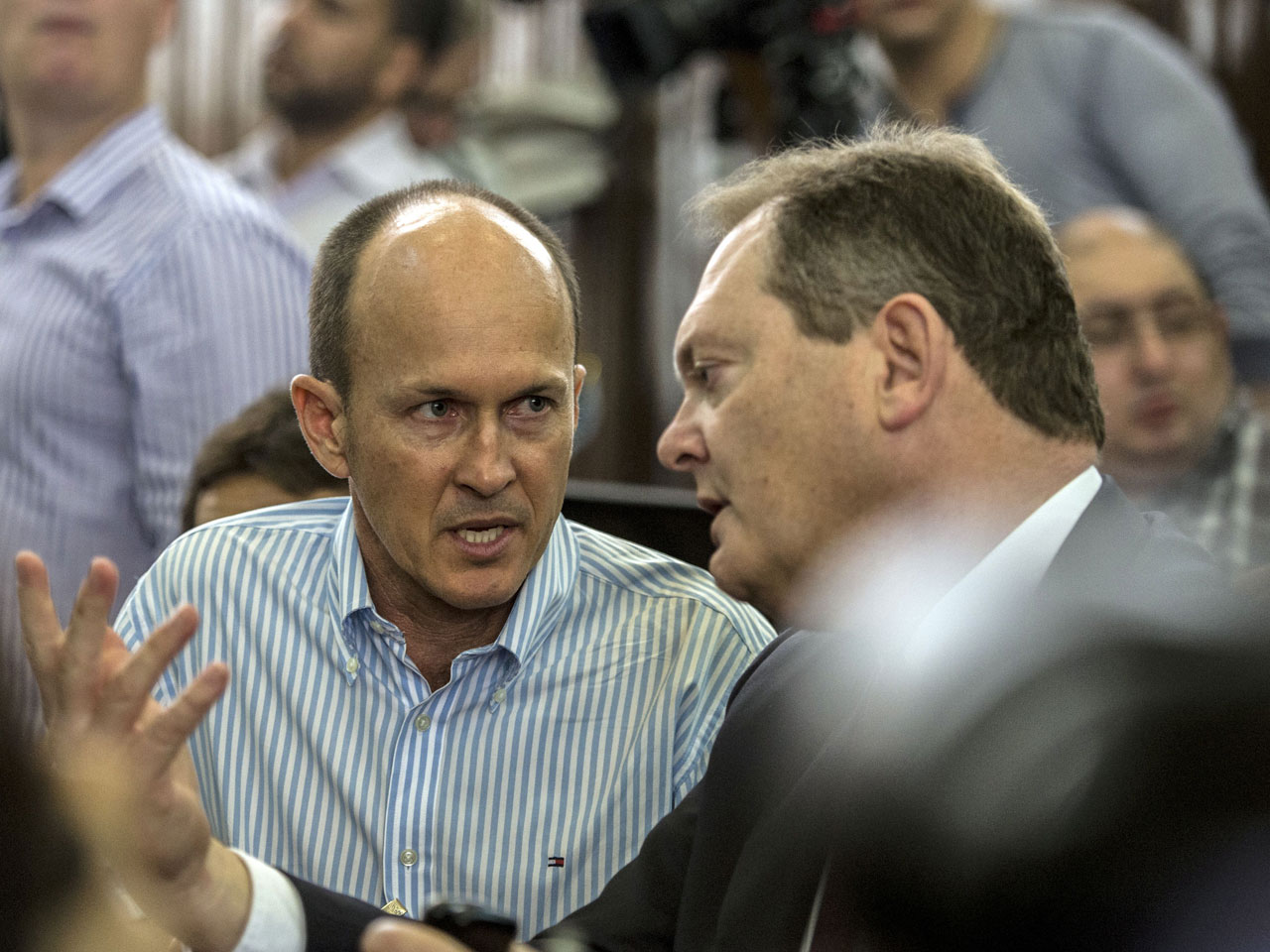 The White House strongly condemned Egypt's prosecution of the journalists on Monday, and called for their release.

White House spokesman Josh Earnest said the journalist prosecutions were all the more disturbing because they come after a succession of prosecutions that are, quote, "incompatible with the basic precepts of human rights and democratic governance."

Earnest said the White House is calling for pardons or sentence commutations for the three journalists and for clemency in all politically motivated sentences.

"We are shocked, utterly shocked by this verdict," Australian Foreign Minister Julia Bishop told journalists in Canberra. "This verdict is hardly sending the message to the international community that Egypt is fulfilling (the) transition to democracy."

She said Australia would contact el-Sissi and ask him to intervene. Before the verdicts, Australian Prime Minister Tony Abbott said Monday he spoke with el-Sissi, told him that Greste was innocent and urged him to help.

Britain's Foreign Secretary, William Hague, said he was "appalled" by the verdict. The Foreign Office summoned Egypt's ambassador in London to express its concerns.

The journalists have been detained since December. They contend they are being prosecuted simply for doing their jobs as journalists, covering Islamist protests against last year's ouster of President Mohammed Morsi.

Egypt has rejected foreign criticism of its judicial system and on Monday called it interference in its affairs, Reuters reports.

In a statement released Monday, Al-Jazeera said the verdict "defies logic, sense, and any semblance of justice," and vowed to"continue with resolve until Peter, Baher and Mohammed are free."

Greste, Fahmy and Mohammed were arrested in December in a raid on the Cairo hotel room they were using as an office, as part of a sweeping crackdown on Islamist supporters of ousted President Mohammed Morsi.

They were accused of supporting Morsi's Muslim Brotherhood, which the authorities have declared a terrorist organization. They also face charges of fabricating footage to undermine Egypt's national security and make it appear the country was facing civil war.

In a written statement issued after the verdict and sentences were announced, the Public Prosecutor's office said the men had been convicted of creating recordings and other matieral "to be shown to others and presented before the public in Egypt and abroad, with the aim of giving the impression to foreign public opinion that Egypt is undergoing a civil war, in order to weaken the state and its standing, harm the national interests of the country, agitate public security, spread terror among the people, and damage public interests."