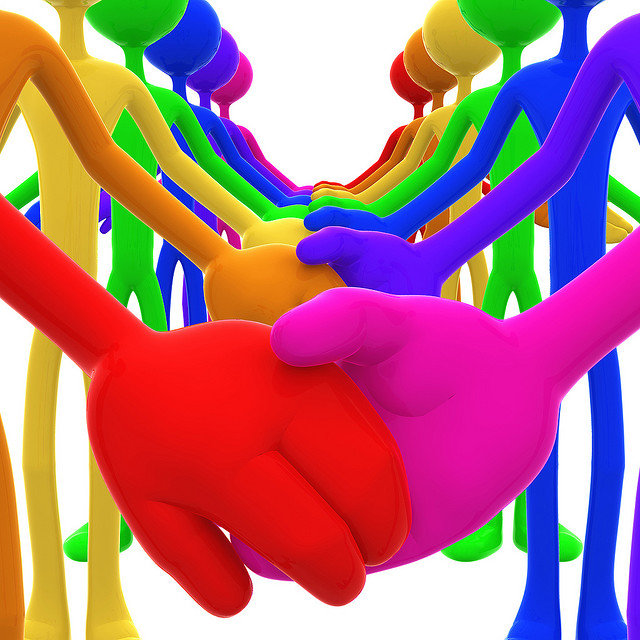 (MoneyWatch) COMMENTARY "Diversity training doesn't extinguish prejudice. It promotes it," says Peter Bregman in Psychology Today. He's not alone in his belief. Walter Olson at Overlawyered.com has collected numerous articles detailing why diversity training doesn't actually make people more tolerant. In fact, it can open your company to lawsuits, as the Federal Aviation Administration found out way back in 1995.

A study of 829 companies over 31 years showed that diversity training had "no positive effects in the average workplace." Millions of dollars a year were spent on the training resulting in, well, nothing. Attitudes -- and the diversity of the organizations -- remained the same.

It gets worse. The researchers -- Frank Dobbin of Harvard, Alexandra Kalev of Berkeley, and Erin Kelly of the University of Minnesota -- concluded that "In firms where training is mandatory or emphasizes the threat of lawsuits, training actually has negative effects on management diversity."

You would think that we would have learned something over the years, and stopped doing ridiculous trainings where we try to come up with the proper thing to say for every possible scenario. That, of course, is impossible. Add to that the fact that people hate any kind of mandatory training that they don't see as applicable to their jobs, and you end up with a situation where people think that A.) As long as they follow the exact formula explained in the the training when those exact situations occur they are fine; and B.) Joking about the boring and irrelevant nature of the training is fine. You end up with disaster.

So why do we continue to do this?

Well, for one reason, government or professional organizations sometimes require it for accreditation or licensing. (Hans Bader, an attorney with the Competitive Enterprise Institute, reports that in order to practice law in California he was required to take a class on "elimination of bias in the legal profession.")

So what would be better than diversity training? We certainly live in an increasingly diverse world. Companies need to figure out a way to get people from all backgrounds -- cultural, racial, and religious -- to work together.

Bregman suggests communication training instead, and I agree. I would also add that instead of focusing on teaching people what they can and cannot say, focus on how people should react when something offensive comes up.

Here are five suggestions for better relationships in your office:

1. Speak up. If someone makes a joke that includes a racial stereotype that you find offensive, instead of assuming that this person hates all people of that race, speak up. Like this: "Jim, did you really mean what you just said? Because I'm not sure if you're aware, but that's a highly offensive term." Chances are, Jim will apologize and be more aware of what he is saying in the future.

2. Don't look to be offended. Start off every relationship with the idea that the person is not racist/sexist/whatever-ist. When your coworker says, "Merry Christmas!," don't scowl about how not everyone celebrates Christmas. Say, "Thanks!" Or if you want to make it clear that you don't celebrate, say, "I don't celebrate, but I hope you have a lovely time." When your boss asks a man if his wife is coming to the company party, don't assume she's saying she disapproves of his same-sex relationship. Just say, "Actually, I don't have a wife, but I do have a boyfriend and he'll be there!"

3. Treat everyone nicely and fairly. Discrimination lawsuits come up because people feel they are being treated unfairly. If we make a blanket rule that we are nice and fair to everyone, this ceases to be a problem. If you are the manager, you need to document bad behavior in every employee. You also need to document good behavior. Give feedback to everyone in a timely manner.

4. Look to yourself first. We often see what we expect to see. If every time you turn around you find yourself being treated poorly because of your race/sex/national origin, do some deep thinking and try to figure out if that's really the case. The reality is, there are plenty of equal opportunity jerks out there. Just because someone is rude to you doesn't mean they are only rude to people that look like you. They are most likely rude to everyone. The other reality is, it's possible to find discrimination around every corner, even if it doesn't exist. Start with the assumption that people are good people rather than the assumption that people don't like your particular characteristic.

5. Report truly discriminatory behavior to HR or the chain of command. If you've spoken up, examined your own motivations, treated those around you fairly and still have evidence of discrimination, you must report it. Provide your documentation and be clear about what it is you're complaining about. Employee attorney Donna Ballman has helpful tips on how to report a complaint. This one is the most important:

Put your complaint in writing if you haven't already. Make sure you call it a "Formal Complaint of Racial [or Sexual/Age-Based/National Origin, etc.] Harassment [or Discrimination]." That way they can't claim later you only reported general harassment or bullying.

No. 5 is generally a last resort -- unless the behavior was egregious to begin with, which it isn't in most cases. But if you get to that point, it's important to do it properly.

And if you get assigned to attend diversity training of some sort, bring a book to read under the table and try not to pay attention. According to at least some research, you're better off that way.