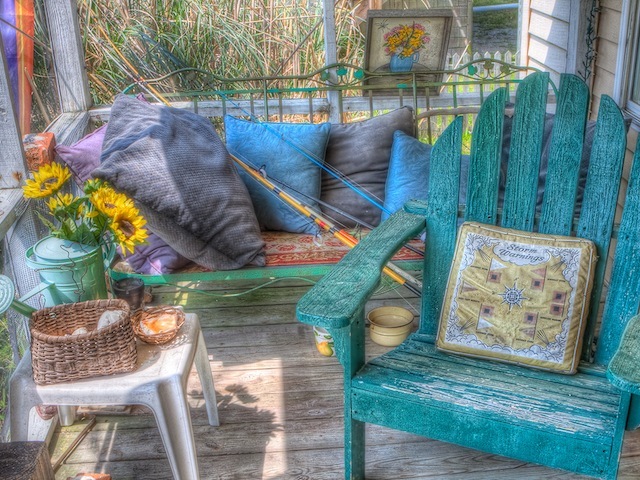 Went to a big party at a Sonoma winery with my friend Steve and our wives a couple of weekends ago. We all drank too much, stuffed our faces and had a blast. Just your average summer weekend for a couple that recently downsized.

No, not me. I wish. I'm talking about Steve. His kids grew up and moved out, so he and his wife got a smaller house, ditched the pool and the acre of landscaping, and now they get to spend their weekends doing stuff many of us can only dream about: having fun.

We occasionally tag along, leaving an ever-growing list of chores and half-baked projects that never seem to get done. It's really sad, and I'm getting really sick of it. It's gotten to the point where I can't even relax and watch a whole football game. I have to record it and watch the abridged version.

I hear it from everyone, and I hear it coming out of my own mouth, too. I've got so much going on I don't have time to go the bathroom. I used to have so much more time to relax and chill. Where does all the time go?

But get this -- time isn't the problem. As long as you're not running around at relativistic speeds like a light photon or subatomic particle, time has probably been the one and only constant throughout your entire life, every second of it. And it was no different for your parents or their parents, either.

The recent financial meltdown and Great Recession notwithstanding, our houses are bigger than ever before. We have more cars than ever before. Not to mention all the smartphones, tablets, apps, computers, game consoles, big TVs, MP3 players, music and video collections, scooters, bikes, sporting equipment and, of course, do-it-yourself tools for all the projects we never get to finish. Don't even get me started on Facebook, Twitter, LinkedIn, email, messaging, blogs and all that.

Lately, all I can think about is how cool it would be to get out from under all this stuff. And you know what? That got me thinking about how bloated our organizations used to be when I was first starting out back in 1980. Our companies had too many layers and too much bureaucracy. And we just kept adding more and more, thinking it was a good thing.

Now corporate America is all lean and mean. Perhaps about 5 to 10 percent leaner and meaner than it should be, thanks to what our economy has been through lately. But if you were around 30 years ago, you know what I'm talking about. We're far more competitive now and, in a global economy, that's as it should be, like it or not.

So we overshot the target a little. OK, maybe more than a little. Now all we've got to do is turn our factories back on, employ those 5 or 10 percent and we're in business. Easier said than done, I know. I'm trying to make a point here so quit nitpicking and listen up.

Our lives are just as bloated today as our companies were back in the '80s. We all think we want or need all this stuff, but we don't. We were almost certainly happier and less stressed without it. We had more time for fun. All it takes is some downsizing. Try it. And get this. You'll also be saving money so you can actually retire some day. How about that?