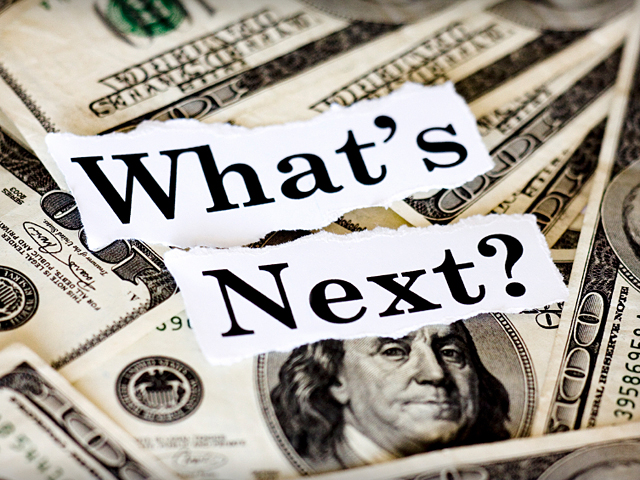 (MoneyWatch) COMMENTARY Over half of American workers are willing to trade some of their pay for more secure and generous retirement and health care benefits, according to a recent survey from consultant Towers Watson -- and not only older employees. "The fact is that predictable health costs and retirement guarantees have become significantly more important over the last few years to employees, no matter what their age," said Bill Daniels, a senior consultant with the firm, in a statement.

Nearly half of all workers also fear that their employers are planning more retirement benefit cuts. Such concerns inspire another "outside the box" retirement planning idea: Ask for a demotion or a pay cut. Sound crazy? Nope, and here's why.

Delaying your retirement: What a difference three years makes!
The secret that will help you afford retirement

First, people are starting to realize the financial benefits of delaying retirement, even by just a few years. That increases your Social Security income, pads your 401(k) account, and allows you to remain covered under an employer's health plan. Participants in a defined benefit plan can amass earnings for a few more years. Given these advantages, a good strategy for many people in their late 50s and early 60s is to continue working until age 65 (the eligibility age for Medicare) or age 66 (the normal retirement age to qualify for Social Security).

Second, consider that older workers generally cost a company more than younger employees do. They tend to make more money and often have pricier medical and vacation benefits. It's no wonder that older employees -- particularly managers with higher salaries -- can have big, fat targets on their backs when companies are looking to pare their labor costs.

Put these two facts together and you'll see that for some people, it might be better to continue working with reduced responsibilities or lower pay than to get laid off as part of a company's cost-cutting efforts. If you face such a possibility, preempt the situation by asking your employer to scale down your pay and/or responsibilities. One graceful way to do that is to ask for reduced hours, which will come with a corresponding salary reduction.

This arrangement can have benefits for baby-boomers who want less stress at work, but who still have plenty of talent and knowledge to contribute. Often, people get promoted from jobs they like into management positions with greater responsibilities. That might be good for the pocketbook, but they can end up longing for the days when work centered simply on doing a good job and the day ended at a reasonable hour. Older workers also can find satisfaction with mentoring the next generation of employees.

I realize this suggestion is drastic, so it's entirely understandable if you just can't bring yourself to ask for a pay cut. You may think your job is secure. But if the idea seems sensible, you don't have to wait for your employer to take action. You can trade pay for increased benefits, or give yourself a pay cut, by significantly increasing how much you save for retirement. That will ensure your spendable pay is much lower than it is today.

Most workers haven't maxed out at their 401(k) plan, but even if you have you can still save for retirement in a regular investment account. That has two benefits: You'll save more for retirement, and you'll get to "practice" being retired by seeing if you can live on a smaller income.

I also understand that I'm just begging for scathing comments accusing me of trying to further squeeze beleaguered older workers. Not so. Why? Because I've followed my own advice and made the very transition described above. I also know others who have done it, and life is pretty good for us.

But even if this notion does seem crazy, you've at least got a creative idea to discuss with your friends, family, and co-workers. And the conversation may spark other ideas. Given the current challenges planning for retirement, the more creative thinking, the better! If you've got a good idea, please share it in the comment section below.