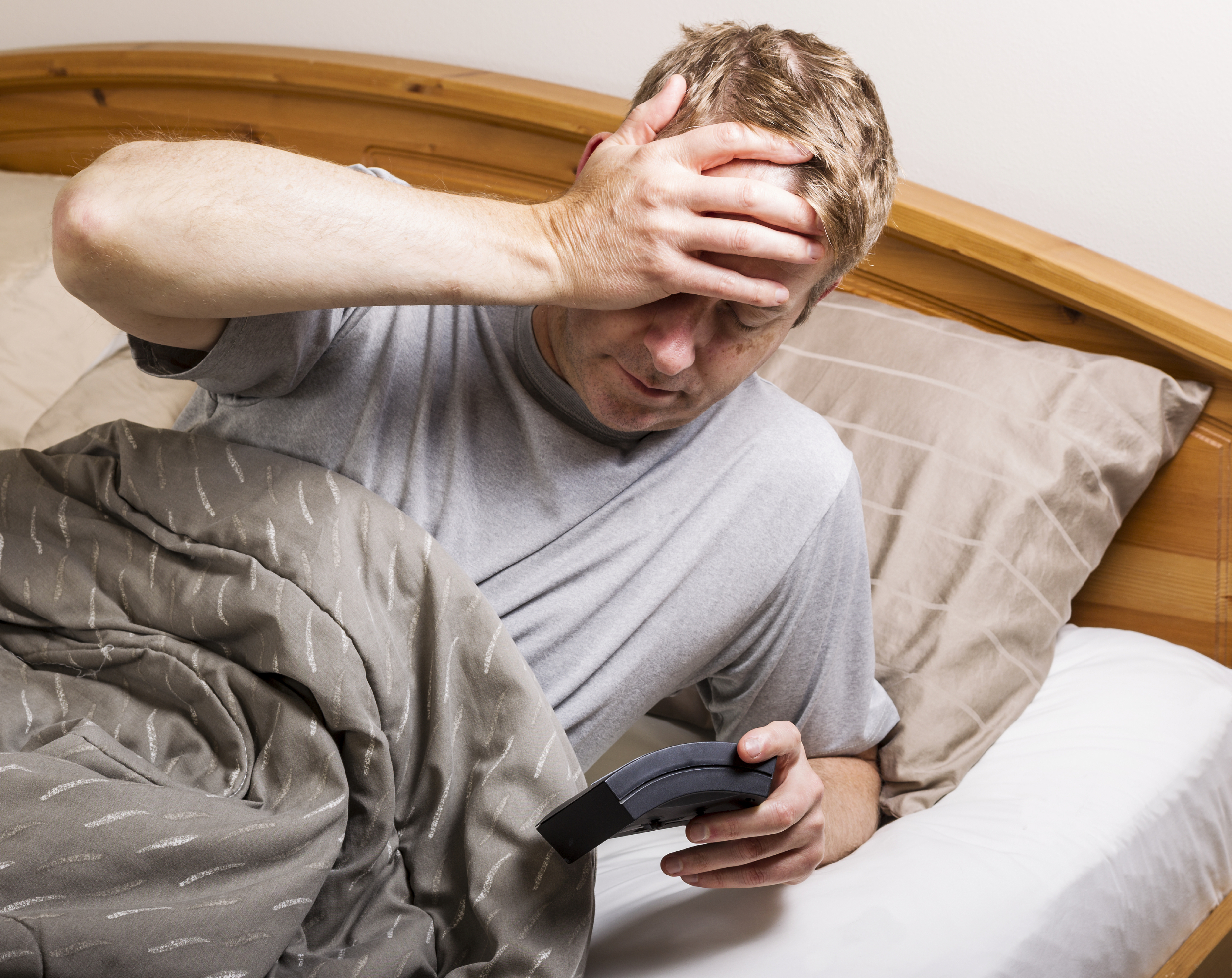 Ever have that morning-after, groggy feeling following a night in a hotel or other place that's not your own home? It's common and it's called the "first-night effect," say sleep experts. A new study suggests why it happens.

Researchers from Brown University ran an array of tests on 11 people who slept away from home, and they found that on the first night one hemisphere of the brain stays more awake. The scientists, who report their findings in the journal Current Biology, say the reason may be akin to the way some animals sleep.

It's known that some animals, including whales, dolphins and some birds, experience "unihemispheric sleep" where one side (or hemisphere) of the brain stays awake and the other goes to sleep, Sasaki told CBS News.

Our brains aren't exactly structured like the brains of animals, but the study results suggest that maybe we have a mini version of that feature when it comes to snoozing, the authors said.

To monitor brain activity during sleep, Sasaki explained, "We used a cutting-edge neuroimaging technique, which is a combination of magnetoencephalography and structural magnetic resonance imaging, so that we could have higher temporal and spatial information of the living subjects' brain activation."

They also used polysomnography, a type of sleep study that records brain waves, the oxygen level in the blood, heart rate, breathing rate, and eye and leg movements.

They measured slow-wave brain activity that signals deep sleep, and found that it wasn't as strong on the left side of the brain.

The changes in the left side of the brain only seemed to affect the default mode network, an area of the brain associated with daydreaming or when you zone out.

Dr. Raj Dasgupta, an assistant professor of clinical medicine at the Keck School of Medicine at the University of Southern California, and a fellow of the American Academy of Sleep Medicine, said the right side of the brain is associated with being artistic and creative. The left side is more academic and logical.

Dasgupta, who was not involved with the research, said that the testing technologies that the authors utilized -- the imaging, for example -- are not commonly used in clinical medicine, but more often in research medicine. He hypothesized loosely that maybe the logic side of the brain is staying alert due to the new surroundings, but he said it's too early to draw conclusions.

"I would not take this data and generalize it to the general public," Dasgupta told CBS News.

He said while the study is interesting, the default mode network, the area of the brain having a disruption in the study, "is very controversial to begin with."

He also noted that the researchers monitored slow-wave sleep patterns, which are not the same across all age groups.

He said it's "intriguing" research but that more investigation is needed.

Sasaki said she and colleagues are now trying to temporarily knock out the "awake" part of the brain by transcranial magnetic stimulation to see whether sleep improves.

"We will work [on seeing] if we could weaken the night watch system so that people would sleep better at a new place," said Sasaki.

There are other ways to help you catch more Z's when sleeping away from home, Dasgupta said: Exercise a few hours before heading to bed, reduce exposure to bright light and digital screens in the hours before bedtime, stick with relaxing activities pre-sleep, cut down on or cut out caffeine in the later part of the day, and sleep in a room that's cool and quiet.

Dasgupta said some of his patients swear by aromatherapy, having a plant in the bedroom, or meditation -- "Things that have benefits and limited downsides," he said.