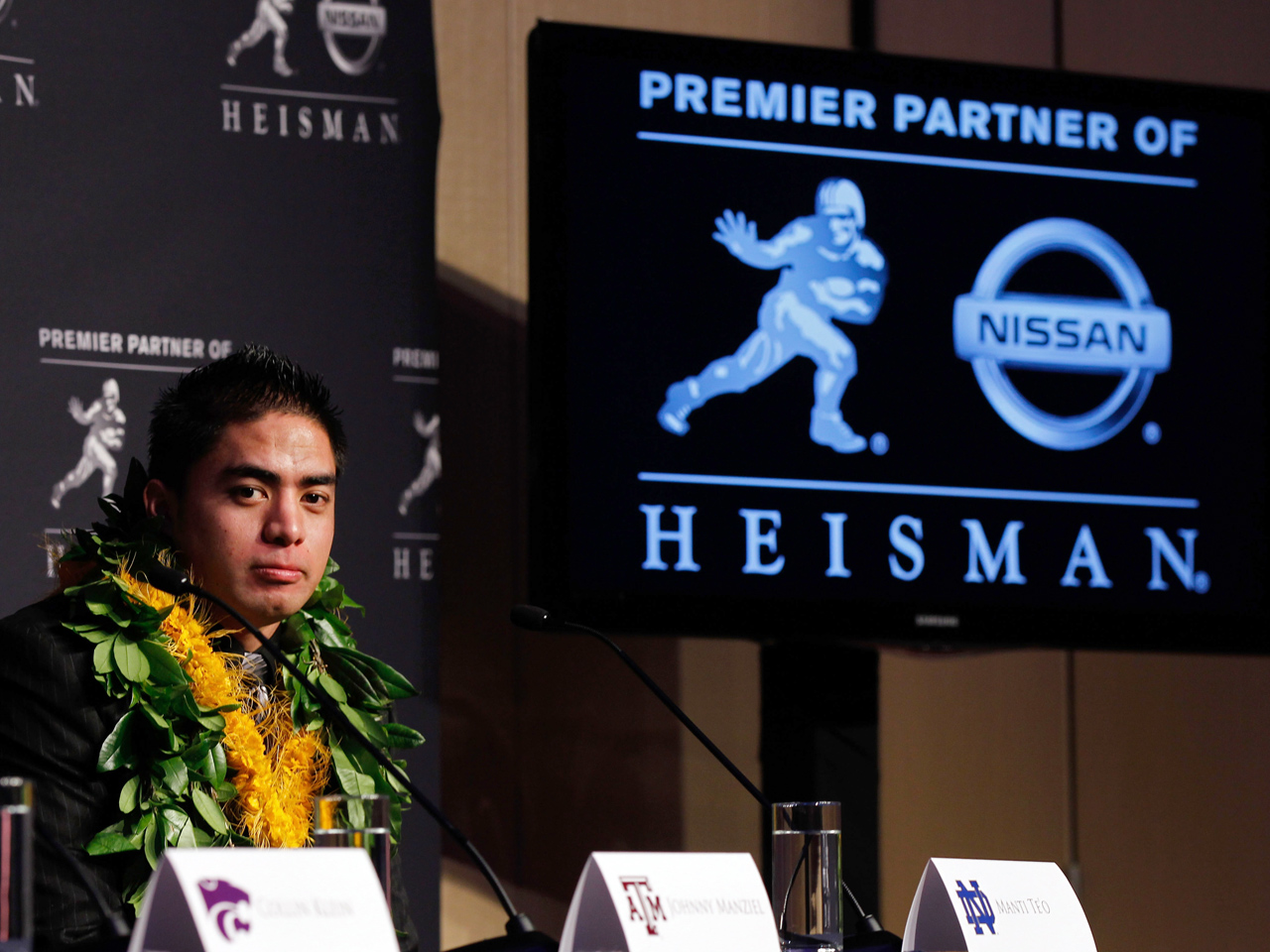 Notre Dame football star Manti Te'o's story of being duped online by a fake girlfriend may be hard to believe for some, but the situation happens more often than one might think.

A television show on MTV called "Catfish," named after a documentary about the same subject, arranges first-time meetings for people who are in online relationships -- and sometimes it provides a surprising revelation for one of the parties. More often than not, one of the people isn't exactly who he or she pretended to be online.

"Some part of sadism and masochism is part of human nature, and some people derive more pleasure than others on inflicting suffering on other people," Dr. Gail Saltz, psychiatrist at NY-Presbyterian/Weill Cornell Medical Center, told CBSNews.com.

While we don't know for sure the reasons behind Te'o's hoax or the extent of who knew how much, the idea of pretending you are someone you are not isn't exactly new. In older generations, people prank called strangers and before that, created elaborate stories when they talked on CB radios to truckers. The online component just makes it so much easier.

Saltz, who has not spoken to Te'o and is not involved with the case, explained that because people can hide behind their computers, they are able to pretend they are living their ideal life. It's also the reason why online bullying is increasing in frequency, she said. The false persona allows perpetrators to pursue someone they may find special without rejection or spew sentiments they would be afraid to say in real life.

"To some degree, it's a way of living out an enjoyable fantasy, but obviously you're just enjoying the idea. You're not really doing it," Saltz explained.

Some victims are less likely to check into the details of their new online acquaintance because they are flattered by the attention they are getting. Emotions can clout judgment and allow people to ignore or explain away the inconsistencies in the other person's story. In addition, a victim's fears of intimacy may make them more likely to be attracted to online relationships, therefore making even strange narratives about their significant other seem appealing. The victim still derives some sort of emotional benefits even though they don't physically know the person -- but it also gives them a buffer from any serious commitments.

"Denial is powerful if you need to believe in it because you don't want to lose something," Saltz said.

Dr. Nancy Ann Cheever, a media psychologist and communications professor at CSU Dominguez Hills, added to CBSNews.com that many of the perpetrators of online hoaxes do it because they are lacking something in their real lives. Some may have low self-esteem and want to live vicariously through another persona.

In some cases, a fake profile allows people to explore what it would be like to become a member of the opposite sex. It could be that they feel a closer connection to people of the same sex and they want to explore that, Cheever -- who has no direct involvement in the Te'o case -- pointed out. Saltz agreed that many people want to find out what it would be like to be male or female -- but that doesn't mean they have the desire to be another gender or are transsexual.

"Most people cannot consciously accept that or think about that because it feels too threatening," she said. "When you have a strong curiosity or urge and it's suppressed because you want to do something, you might act it out online."

Both experts agreed that there are many reasons why someone might want to fool a person online, from playing a practical joke to more harmful reasons. Cheever acknowledged that true psychopathic reasons behind creating an online persona may be rare, but do exist.

"It can be as superficial as someone who is self-conscious about their appearance and doesn't like to meet people in a real-life setting," Cheever said. "They might be shy, and they try to put out a very attractive picture of themselves. That's sort of the lowest end of it, and it ranges all the way up to the people who are malicious and cruel and want to see someone hurt."

And, because the perpetrator may not physically know who they are talking to through the computer, it makes the perpetrator less likely to feel empathetic and realize there's a real human being on the other side with emotions. Saltz said while pretending to die when another person is "crying their head off" about it might show a lack of remorse, at the same time, it could be the actions of an individual who is trying to make a desperate escape because the prank went too far.

If you want to pursue an online relationship, Cheever advised to be careful by not sharing your address with someone you just met or intimate details before you truly know someone.

"I think what is really important is to really protect your feelings before becoming emotionally involved," she said.