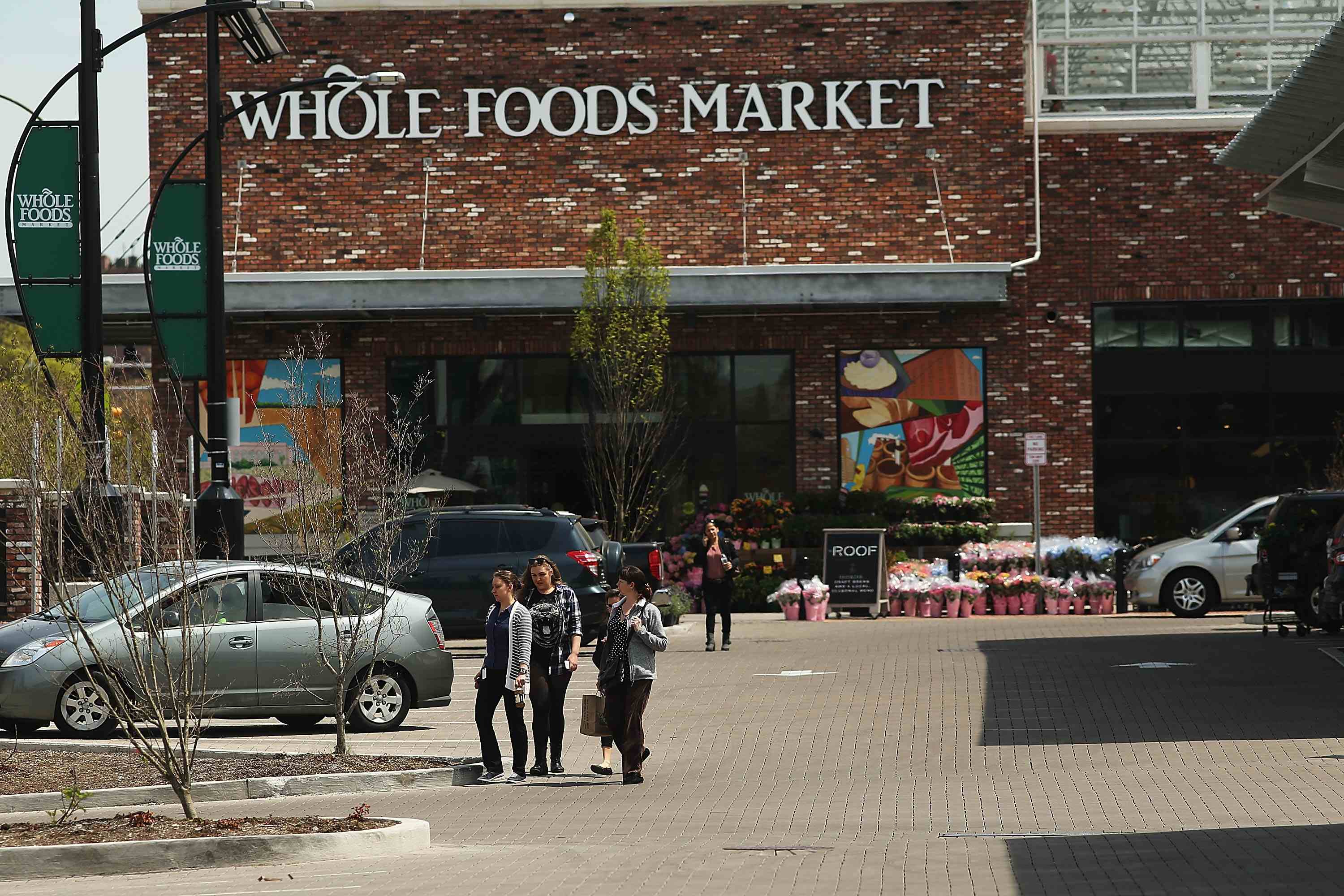 Investors were in full panic over Whole Foods (WFM) Wednesday, sending shares down 19 percent on worries that the upscale grocer's business advantage has evaporated.

For more than three decades, Whole Foods has crafted its strategy around the idea that people will pay more for fresh, nutritious food. And that theory has paid off for the company, whose $14.5 billion market capitalization makes it the largest specialty food store in the U.S. In fact, shoppers are growing increasingly health-conscious, and are paying more attention to what they're eating and where it came from.
That should be great for Whole Foods, except for one problem: Other grocery stores have clued into this trend. And they've begun selling fresher, healthier food as well -- often for less money. Whole Foods no longer gets to float above the brawling, low-margin, ultra-competitive grocery business. Now, the industry is bringing the fight to Whole Foods.
This has been happening for a few years now, but Wednesday was the day that investors reacted. There was a broad pushback to the company's second-quarter earnings report Tuesday evening, one in which profit was flat, while sales were up nearly 10 percent to $3.3 billion.
The quarterly performance itself wasn't troubling. Instead, the company's general outlook on its business and its future set off some alarm bells. "For a long time Whole Foods had the field to ourselves," co-CEO John Mackey said on a conference call with analysts. "That was nice, but we don't any longer. So we're adapting to the reality of the marketplace, which is increased competition."
Analysts were less sanguine. Kenneth Goldman of JPMorgan Chase (JPM) expressed surprise that executives seemed so positive, and suggested that the company's management doesn't understand how much the world has changed.

Mackey responded that Whole Foods is lowering prices, and probably should have been more aggressive on prices for years.
Analysts didn't buy into the plan, and many cut their ratings, price targets and future expectations for the stock. Whole Foods' guidance and earnings have disappointed for six of the last seven quarters, wrote Cantor Fitzgerald analyst Ajay Jain, who cut his rating on the stock to "sell" from "hold," according to The Wall Street Journal.
Can price cuts help Whole Foods get its mojo back? After all, Walmart (WMT) is now selling organic milk, Safeway (SWY) sells soy chorizo, and Kroger (KR) has ancient-grain rice crackers and organic mango chips. Trader Joe's is touting its organic pilaf, and Sprouts (SFM) is directly competing for Whole Foods' shoppers, selling grass-fed beef, Straus Creamery milk in glass jars and Castelvetrano olives in bulk.
It's tough for Whole Foods to stake out some competitive ground here. Even if it can lower prices and shake off the "Whole Paycheck" nickname, it needs to give people a reason to come back. As far as Wall Street is concerned, the company's leadership has yet to explain how they plan to do that.
Another analyst, Charles Grom at Sterne Agee, described Whole Foods' new outlook as "a sobering reminder of how competitive the niche grocery space is today. The rules of engagement have changed."
View CBS News In