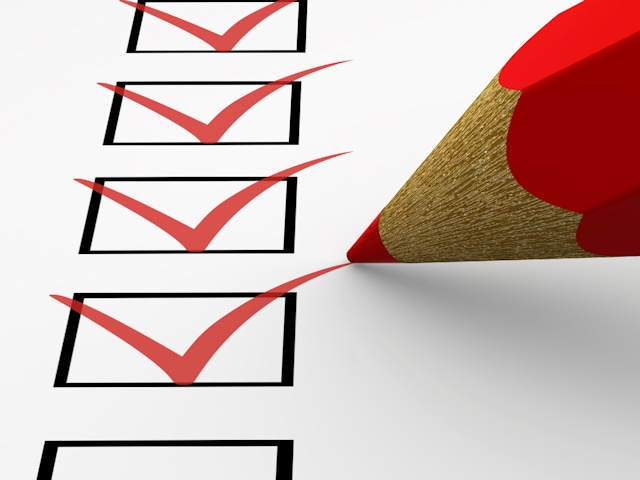 You've probably seen advice about why it's a great idea to maintain a rolling to-do list of projects -- big and small -- that you need to get done. Some efficiency experts recommend writing a to-do list each morning, in which you meticulously transfer incomplete to-dos from the old list to the new one every day. You might have noticed that this system doesn't work very well, and you probably just assumed that it's your own fault. But according to the Harvard Business Review, it's not you. In a nutshell, the entire system is flawed, and simply sets you up for failure.

Harvard Business Review cites several key problems with rolling to-do lists. Here are some of the most compelling:

Heterogeneous complexity. Moreover, your to-do list invariably contains a mixture of big projects and small ones, hard ones and easy ones. Consequently, you choose the short and easy tasks almost without fail, since there's a much stronger payoff. The other tasks never get done.

Heterogeneous priority. Likewise, your to-do list is filled with tasks of varying priority. There's little doubt that you tend to do the highest priority tasks up front, and push off the rest until circumstances raise their priority as a consequence.

So what's the alternative?

Harvard Business Review recommends "living in your calendar." In other words, don't maintain a to-do list, but rather schedule these tasks right into your Outlook calendar, around your other commitments, while also accounting for the time you'll need to deal with brushfires and other unexpected priorities. This serves, in part, as a sort of commitment device, which is akin to positioning your army with its back to a river so there's no possibility of retreat from the enemy.

Melodramatic? Perhaps. But it's also likely to be more effective than that dog-eared to-do list you always carry around, but never complete.