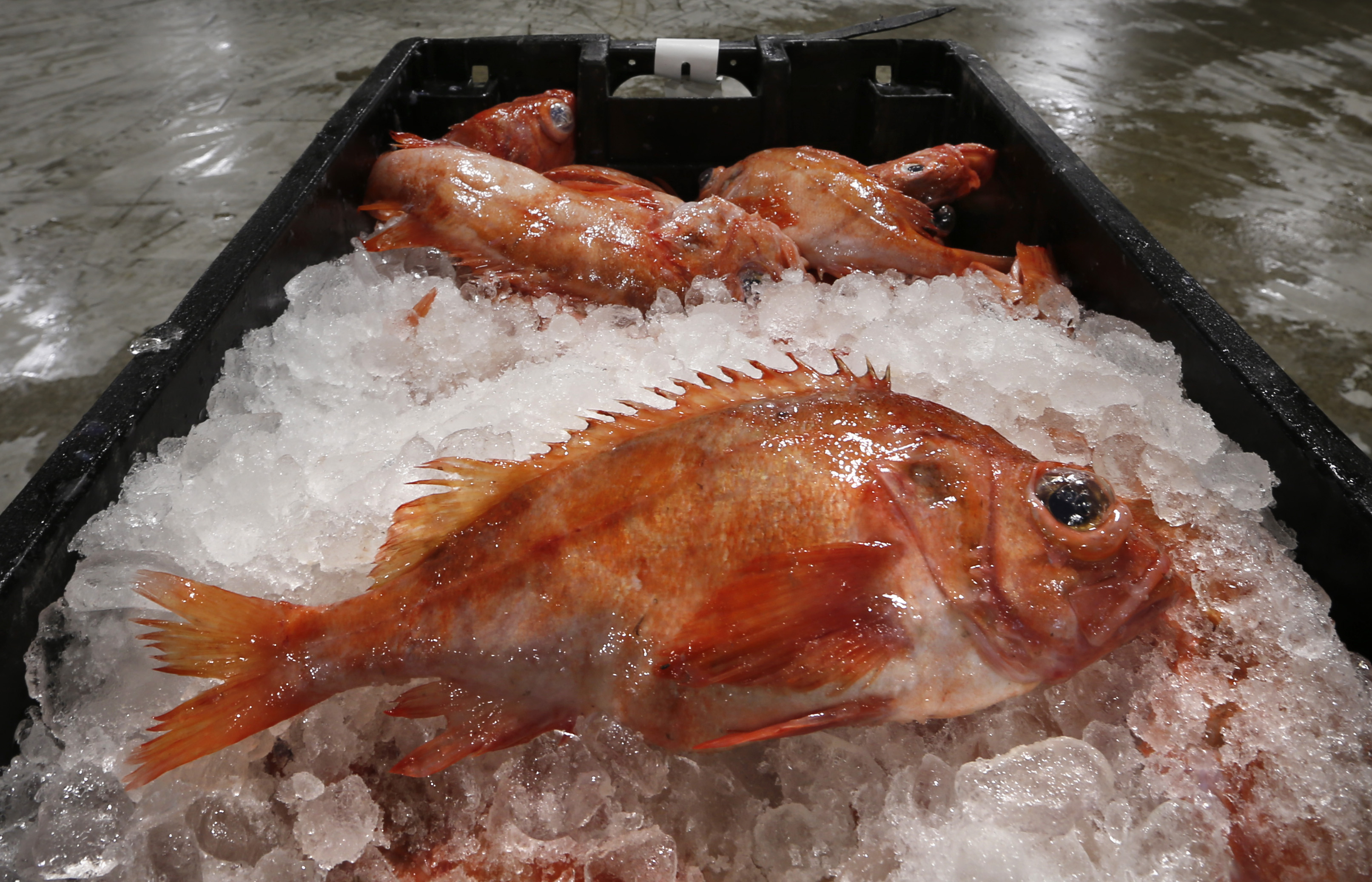 PORTLAND, Maine - Call them fish sticks for millennials. At any rate, Dana Bartholomew is banking on college students warming up to "Sharck Bites."

Ipswich Shellfish, of Massachusetts, for which Bartholomew oversees sales, is offering that product -- nuggets of dogfish coated in a gluten-free, allergen-friendly crust. Bartholomew, who believes so-called "trash fish" such as dogfish are part of the new wave in New England seafood, already has a couple of colleges on board.

Bartholomew's fondness for dogfish -- a species of shark that East Coast fishermen catch millions of pounds of every year and sell for just pennies at the dock -- is part of a growing trend in fish markets around the country. The industry is putting more emphasis on fish that have traditionally lacked market appeal or economic value as old staples -- such as cod, tuna, haddock and shrimp --decline or become the subject of tougher fishing quotas.

"We know we have to make a great-tasting product that supports local fishermen, supports the local industry and economy," Bartholomew said. "And it's local - it's right here."

New England's traditional food fish has long been the Atlantic cod, but it has faded in the face of overfishing and environmental changes. Restaurant owners, fishermen and food processing companies said a growing shift to other species is helping to fill that void. Catch of species such as spiny dogfish, Acadian redfish and scup have all increased dramatically since 10 years ago as cod has fallen.

The shift toward trash fish reflects a broader trend in U.S. seafood toward species that are more abundant. Florida fishing regulators, for instance, have incentivized the hunt for invasive lionfish, which many view as pests. Elsewhere, the Jonah crab has also found acceptance as an alternative to the West Coast's popular Dungeness crab.

The evolution of food from trash to delicacy goes back centuries. Many species have overcome an ugly name or gruesome appearance to grow in value. Lobster, for instance, was long ago regarded as food fit only for the lower classes.

Seafood marketers have also had to contend with health risks that have kept some species off plates. Dogfish, for instance, can contain high mercury levels, and pregnant women and young children should avoid eating them.

Creating a market for underutilized fish species is important in New England today because of warming waters and corresponding changes in fish populations, said Melissa Bouchard, chef at the popular DiMillo's On The Water restaurant in Portland.

"We're trying to get the focus off of cod and haddock and Northern shrimp and bring to light all these species in the Gulf of Maine that are delicious and abundant," Bouchard said.

She served dogfish tacos at a festival in food-crazy Portland and they were well received, she said.

The movement toward trash fish is not without skeptics, some of whom point to sustainable harvesting programs for fish that already have broad market appeal. Ray Hilborn, a marine biologist with the University of Washington, said the push is unnecessary from a sustainability point of view.

"If they truly believe that traditional species are not sustainable, then they don't know much and have not looked very hard," Hilborn said. "There is plenty of cod, haddock, salmon, tuna and shrimp in the world that is sustainably harvested."

But Azure Cygler, a fisheries specialist with the Coastal Resources Center at the University of Rhode Island, said the shift toward what toward what she called "underloved" species is critical for sustaining fisheries and providing local protein sources in New England.

She pointed to the growth of scup, an Atlantic species sometimes sold as "porgy," which has grown from less than 3 million pounds in 2000 to more than 15 million pounds in 2014 and is now advertised by Whole Foods. The fish could be just a more attractive name away from a bigger breakthrough, she said.

"If you demand it, it will happen," she said. "It's getting that demand, and then getting fishermen to bring it in. And changing our culinary culture."