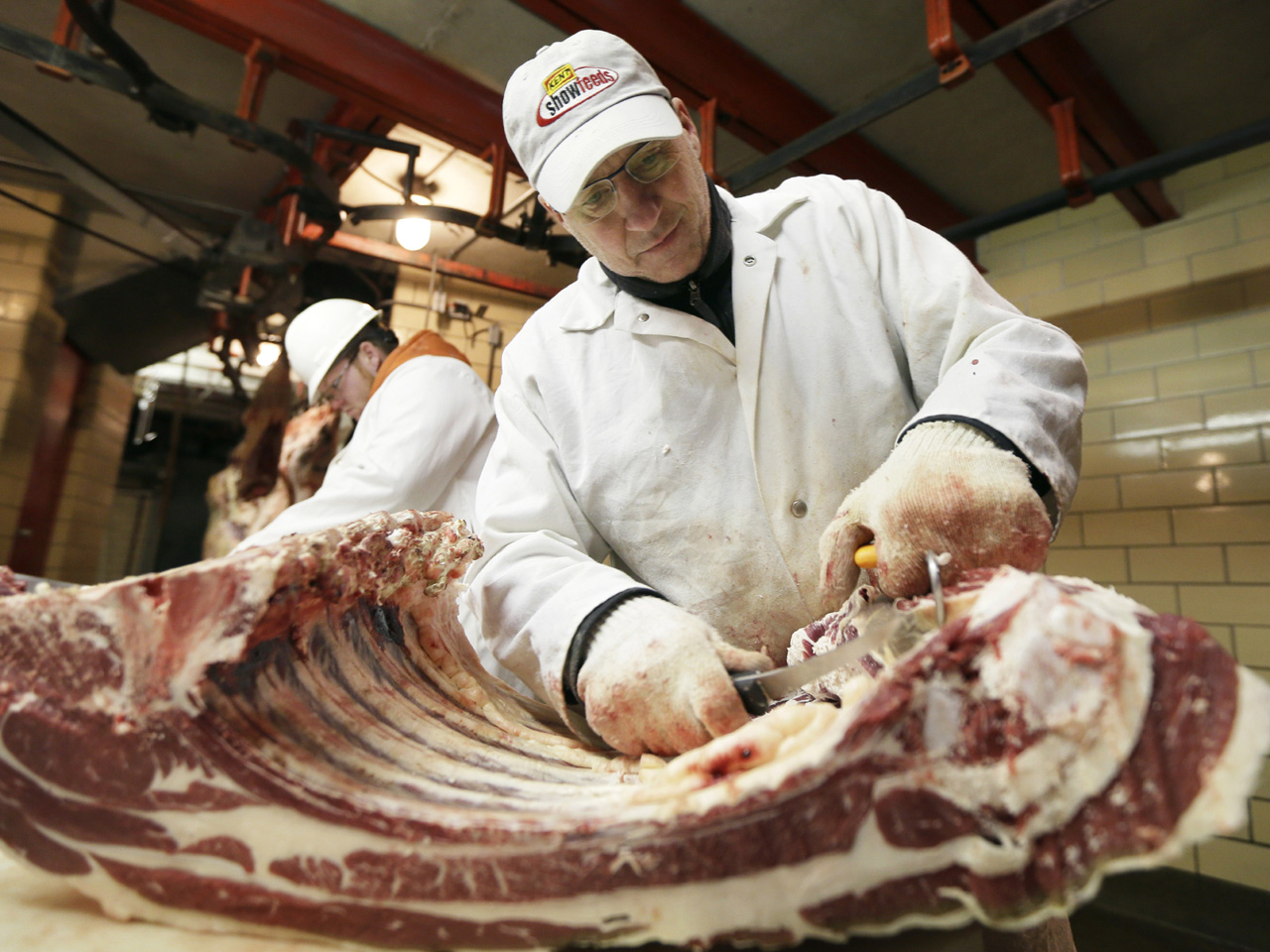 DES MOINES, Iowa - Kent Weise loves his work, but after 38 years slaughtering cattle, lugging carcasses that can weigh more than 1,000 pounds and slowly, methodically slicing cuts of meat, he understands why few people want to go into the business anymore.

"It's killing cows. It's blood and guts," said Weise, who runs a small meat company here with his wife, and whose own three children have no interest in following in his footsteps.

Demand for locally produced beef is surging as never before, but the butchers who for generations have prepared and sold meat to customers and markets are a dwindling profession.

Thousands of butchers are approaching retirement age across the country.

And owners of small meat companies tell similar stories about the difficulty finding younger people willing to take over, or even to work in the businesses. Farmers with small operations now often have to truck their cattle 50 or 100 miles to be processed. Higher transportation costs are being passed along to customers at farmers markets, restaurants and groceries that specialize in locally grown meat.

Weise, 58, dressed in a blood-smeared white jacket as he cuts fat from a slab of beef, says that when he retires, his business likely will close.

Meat-cutting businesses have been sprinkled across the country for generations. In 1990, there were 1,200 federally inspected livestock slaughterhouses in the U.S., but by 2010 the number had dropped to 800. State-licensed operations have also declined.

In Iowa, there now are 140 or fewer small meat processors, compared to about 450 in the 1960s, said Marcia Richmann, executive director of Iowa Meat Processors Association.

With purchases of natural, organic and grass-fed beef up 20 percent over a two-decade period, the gap between demand for meat and butchers to process it may only grow.

An analysis in Minnesota showed about two-thirds of the people who own small meat-processing businesses in the state are nearing retirement age, with no succession plan.

The butchers and small processors who are still in business are swamped with demand.

"We're booked like four to five months in advance," said Mike Jessee, who owns Dee-Jays Custom Butchering in Fredericktown, Ohio. Meanwhile, "finding anyone to help to work is harder and harder."

Many processors said they began the work soon after high school. The job was hard but dependable. Meat-cutters made a median of $13.75 an hour in 2012, according to federal data, but owners of small meat-cutting businesses can make significantly more.

There is plenty to keep him busy.

Working out of an 87-year-old brick building, within sight of the state Capitol's gold dome, Weise slaughters about 15 animals a week and then hangs the carcasses to age for a couple weeks, increasing their tenderness. On most days, he and several employees work around a table, cutting meat with knives kept razor-sharp by files that dangle from their waistbands.

There's a little conversation as the workers, some with their sweatshirt hoods pulled up to ward off the cold, slice through the beef, toss fat into a bin, put the meat onto a tray and then grab another section.

"Our son said, 'Dad, I'm going to be an engineer,' and he is an engineer," said Richmann, who ran a meat market with her husband in Clarence, Iowa, for decades.

Lauren Gwin, a professor at Oregon State University who coordinates the Niche Meat Processor Assistance Network, said the demand for specialty meat is prompting some new businesses to open, but that getting started is costly and difficult.

"It's a complex business," said Gwin, whose group was formed to help overcome such issues. "You have to know a lot of things to run a business like this."

As businesses close, ranchers like Mike Holden in Scranton, Iowa, worry they'll need to travel farther to process their animals. Holden now trucks his cows about 80 miles to be butchered.

Would the resulting price increases be enough to scare away customers who prefer local suppliers over the larger and more distant slaughterhouses that supply supermarkets?

Kathy Davis, who buys meat for her family of six just a few miles away from her home in Collins, Iowa, said she's not sure.

"If there was a huge price difference between the grocery store and what I paid, I might stop buying it," she said. "I hope not, but I might have to."