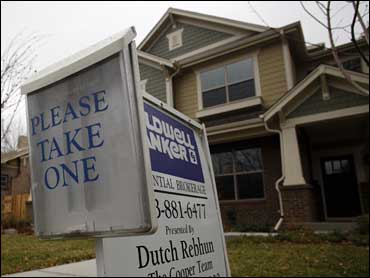 Over at the Wall Street Journal, Nick Timiraos asks: "Why Didn't the Housing Bubble Mess With Texas?"

One possibility, the Journal suggests, is Texas' ban on prepayment penalties. But then again, some bubblicious states had them too.

The problem is that you can't get $150,000 homes in most areas of California. A 3br/2ba home that could be purchased for $150,000 in the Lone Star State might cost a staggering $1.6 million in Burlingame, Calif., about 20 miles south of San Francisco. Taxes and insurance on that property would cost you over $20,000 a year -- and adding insult to injury, California has a steep income tax, while Texas has none.

In other words, we're back to the beginning. Why do S&P Case-Shiller data going back show no huge rise and fall in Dallas-area housing costs starting in 2000? House prices increased by about 25 percent, and then fell only slightly.

In all of those areas, prices outstripped the fundamentals. What that means, as I've written before, is that prices rose not because salaries increased or rents increased or population increased, but because of speculation. This is the greater fool theory: people bought a house hoping to offload it to someone else at a profit. It works until there are no more fools to be found.

So why did coastal areas attract more speculators?

The best explanation I've heard comes from Randal O'Toole, a senior fellow at the free-market Cato Institute in Washington who specializes in the study of urban land use issues. I met O'Toole at a political conference in Las Vegas last year, and since then I've read some of his work on the topic.

Here's an excerpt from what O'Toole wrote in 2007: "The housing bubble really only affected a dozen states. In the remaining states, increases in housing prices were relatively modest. While housing prices grew by more than 130 percent in California and Florida from 2000 to 2006, prices in Texas grew by only 30 percent. With few exceptions, the states that saw the biggest bubbles were ones that had passed growth-management planning laws. And with one exception, every state that has passed such a law also saw a housing bubble." (The full study is here.)

If you think of supply and demand, this makes sense. If homes are more difficult (or impossible) to build because of the local government's growth-management rules, all else being equal, prices go up.

O'Toole estimates that these policies imposed a $250 billion tax on homeowners in 2006. If he's right, these rules also encouraged Americans to borrow much more than they could reasonably afford -- and arguably played a role in today's economic malaise.