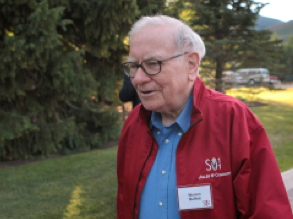 (MoneyWatch) The so-called Buffett Rule is dead; long live the Buffett Rule. For while Senate lawmakers late Monday struck down the White House-backed proposal to establish a minimum 30 percent tax on millionaires, the issue carries on as a symbolic political front in this year's national election.

"One of the fundamental challenges of our time is building an economy where everyone gets a fair shot, everyone does their fair share, and everyone plays by the same rules," said President Obama in a statement, criticizing Senate Republicans after they voted overwhelmingly against the Buffett Rule. "And I will continue to push Congress to take steps to not only restore economic security for the middle class and those trying to reach the middle class, but also to create an economy that's built to last."

Republicans were equally adamant in rejecting the bill. During yesterday's floor debate over the Buffett Rule, Senate Minority Leader Mitch McConnell, R-Ky., said that "nobody's even claiming this thing creates jobs. It's all about the President's idea of fairness now." Echoing the theme, Sen. Jon Cornyn, R.-Texas, said the legislation will "create zero jobs, do nothing to lower the price of gas, and has no chance of passing."

The outcome will surprise no one who has observed the ongoing political logjam in Washington. Despite the hubbub over the Buffett Rule, named after a plan favored by famed investor Warren Buffett, the slim Democratic majority in the Senate and Republican control of the House ensured that the measure was effectively dead on arrival.

By contrast, most Americans back the idea of raising taxes on the wealthiest Americans, with a recent CNN/ORC poll showing that 72 percent of respondents support the Buffett Rule. That includes many small businesses. Some 58 percent of small business owners say that households with incomes of more than $1 million a year pay "less than their fair share" in taxes, according to a recent survey commissioned by a coalition of small business groups.

The conflict over taxes shifts Thursday to the House, which is scheduled to vote on a bill sponsored by House Majority Leader Eric Cantor, R-Va., that would cut taxes by 20 percent for businesses with no more than 500 employees. The legislation is expected to win approval in the lower chamber, but fail in the Senate, where Democrats oppose the measure.

With gridlock all but certain to persist at least through the Nov. 6 presidential election, lawmakers on both sides of the aisle are likely to stick to the campaign narratives laid down by party leaders. For Mr. Obama and congressional Democrats, that means framing tax rates as a matter of fairness. For Republicans, the issue is a way to paint the White House as engaging in class warfare.

The impasse isn't only rhetorical: Tax cuts on capital gains, dividend, and estate enacted under former President George W. Bush are scheduled to expire at year-end, with enormous financial implications for millions of Americans and the U.S. economy at large.