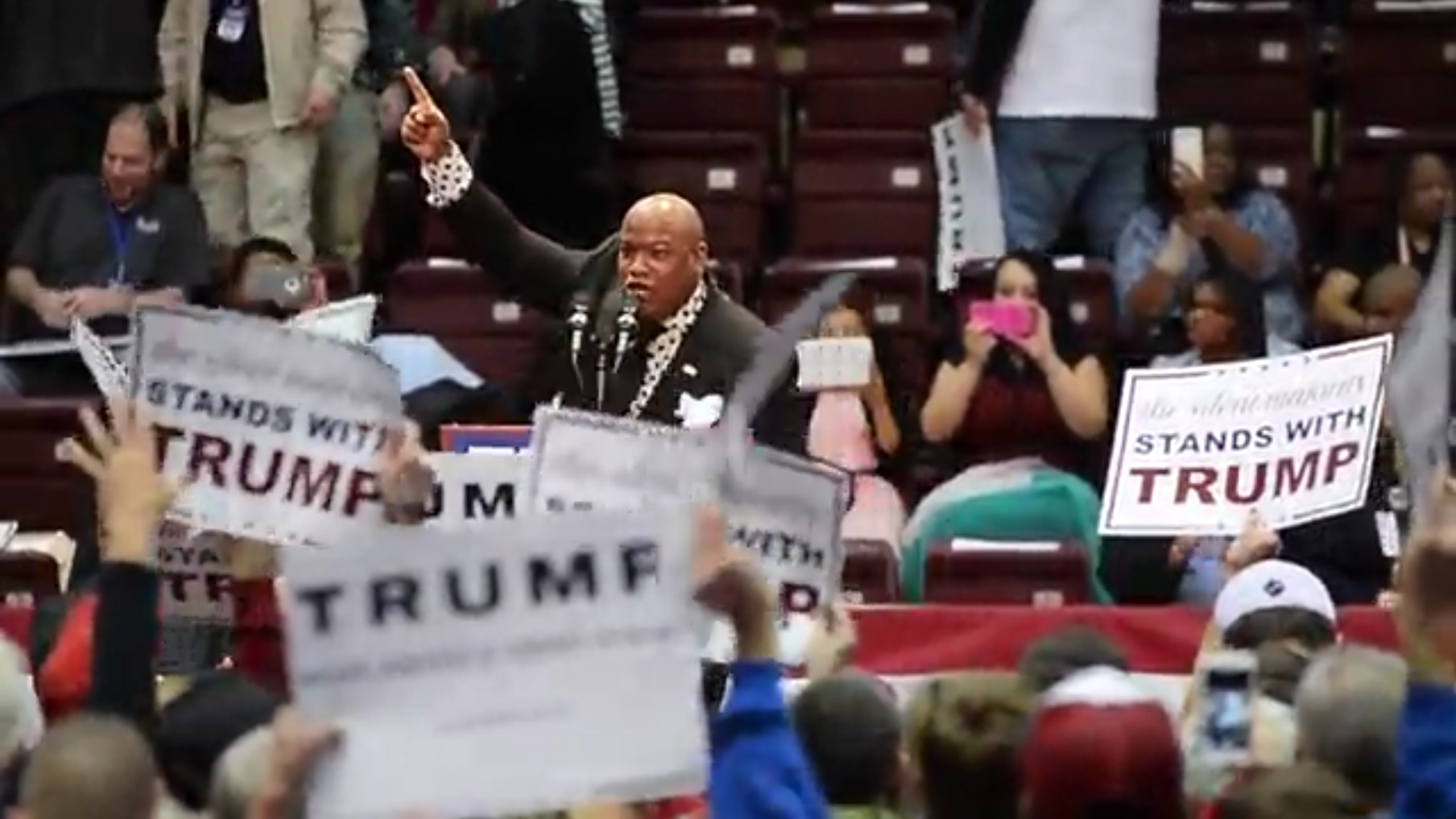 "Several other African-American pastors were scheduled to come but they backed out last minute due to heat from their congregation," said Burns, who preaches in his hometown of Easley, South Carolina, at The Harvest Praise & Worship Center. He also runs a Christian TV network he founded four years ago - the NOW Television Network -with the help of his wife and six children. "I was not for Mr. Trump at the time, [but] I really wanted to hear the man's heart."

"For those of us who are evangelical leaders and pastors, we are led by listening to the spirit of an individual, and we also believe that through the Holy Spirit, [it] will reveal to us whether someone is truthful or not," said Burns. "All of us, especially after that first meeting, and especially us in the African-American evangelical community, [we] came out believing that this person is legit."

Many supporters are convinced that his consistent popularity (in New Hampshire he garnered 35 percent of Republican votes, with runner-up Ohio. Gov. John Kasich at 16 percent) will carry him to another victory in South Carolina's upcoming primary. As the billionaire's campaign fights in earnest for the evangelical vote, national polls place him solidly in the lead. Yet the issue of race will loom large, particularly in a general election: 72 percent of black Protestant churchgoers identify as evangelical or born-again, yet 82 percent of black Protestants - like blacks more generally - lean Democratic compared with just 11 percent who align with the Republican Party.

"As an African-American, I'm absolutely put on the defensive for being a Donald Trump supporter," Burns told CBS News the morning of Trump's first South Carolina rally after New Hampshire. He was getting ready for the drive to Clemson University where he was scheduled to speak at a Trump campaign event. He described how he sees it as his "calling," and the calling of other African-American evangelicals, to turn black voters on to Trump.

"One of reasons why I believe I've been called to do this - to bring right where there is wrong [is that] I know that he is not at all how many African-Americans view him."

Burns' congregation is divided on the Trump issue. While some members, including African-Americans, echo their pastor's praise, others maintain that Trump is a "bully" and are critical of his lack of political experience or correctness.

"It's unprofessional,"said Danielle Sloane, a 38-year-old member of Burns' Harvest Praise & Worship Center congregation, describing the real-estate magnate's conduct and persona. "He is not a man of the people. He never has to worry about losing a job or his son being shot by police."

Burns joked how, although he had yet to convince all members of his church, he believed that people simply needed to "look at the facts" and read about Trump's policies to make the right decision: "It's an uphill battle, but we have influenced thousands of others to take a second look, and make decisions not off of feelings."

Burns has met with Trump several times over the past few months, and publicly endorsed him last November. Around that time, an open letter from more than 100 black religious leaders and scholars on Ebony.com, addressed "to the African-American ministers scheduled to meet with Donald Trump," expressed disdain for their decision to back him, stating that Trump's rhetoric was routinely racist and divisive. A November Public Policy Polling survey found that 75 percent of African-Americans had an unfavorable opinion on Trump, versus 9 percent with favorable views.

"Personally, it was a challenge at first - to be called an Uncle Tom ... as if I'm submitting myself to the white man's authority," said Burns. "But eventually I understood somebody has to do it.

"The facts point out that Mr. Trump is not a racist, not a bigot. He just says exactly what's on his mind, and people just aren't used to that."

Burns defended Trump's more controversial plans, including getting Mexico to pay for the building of a "great wall," and a call for a temporary ban on Muslims entering America:

"Mr. Trump is saying publicly what a lot of people are saying privately." He added that danger lies not in Trump's statements, but in those statements not being explained properly.

"For me it's important that we protect our borders and our people. I'm a father of six children. I don't want to be fearful at McDonalds, and a car bomb goes off, or a San Bernardino attack takes place, whether in name of Jesus or Allah, it's all wrong."

For Burns, the real problem is the Democratic establishment - how "Christianity is under attack" thanks to the Democrats, and how they have created a "generation of handouts to African-Americans." He cited cornerstones of Democratic politics, including a pro-choice stance in America's ongoing abortion debate, as indicative of Democrats' disregard for African-Americans:

To these problems, Burns claimed that Trump was the solution:

"Really what won me over, is that he said Christianity is under attack. The biggest thing for us, as evangelicals, is we want someone in office who is not part of the current political establishment, who has the ability to do what they are saying."

"And he [Trump] said - with me, you will have a friend in the White House."