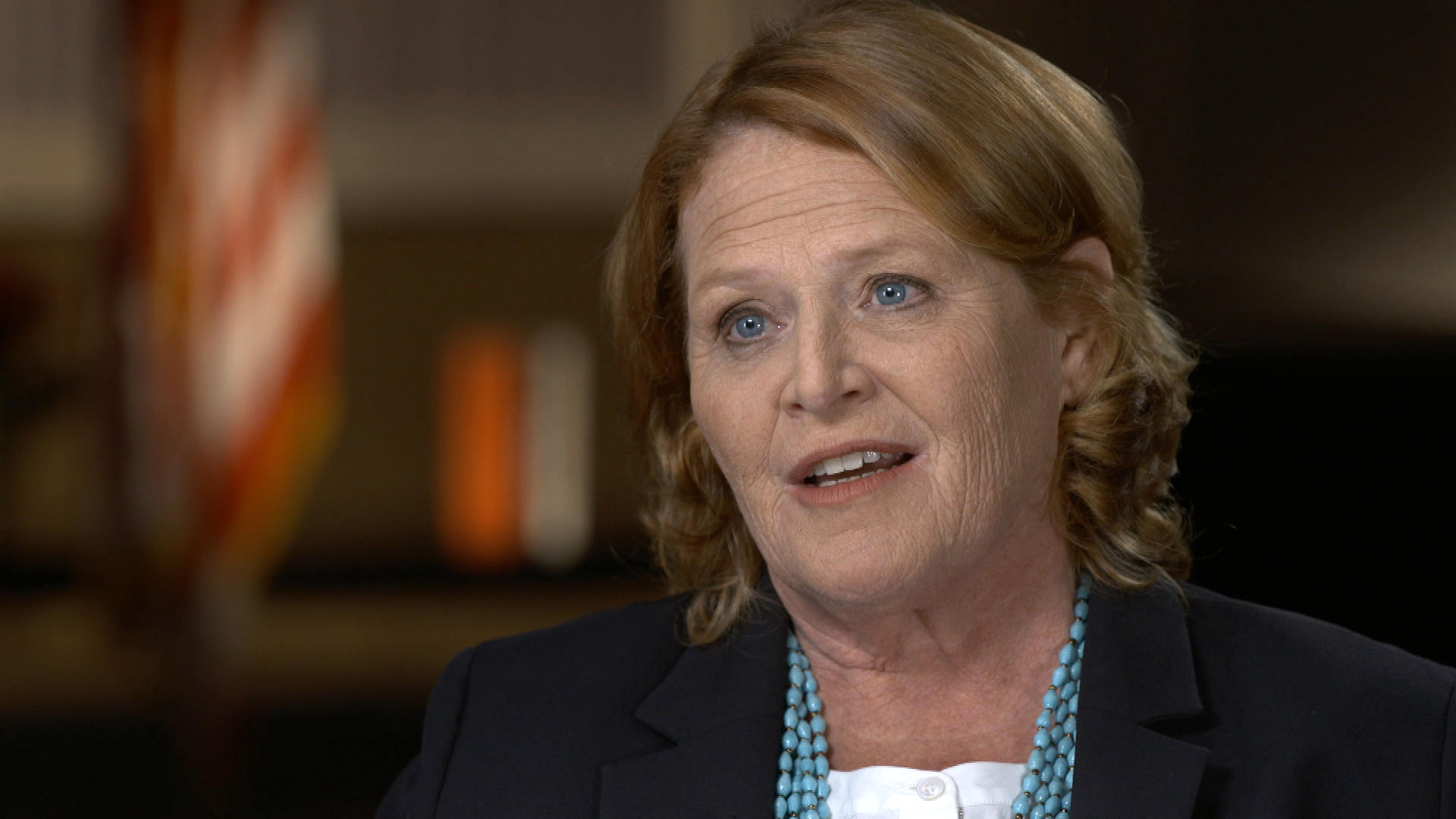 Democrat Sen. Heidi Heitkamp of North Dakota voted Saturday against Judge Brett M. Kavanaugh's nomination to the Supreme Court. Already one of the most vulnerable Democrats up for re-election, Heitkamp may have further harmed her chances in November with her vote.

This week on 60 Minutes, Heitkamp explains her decision in an interview with Scott Pelley. In a clip from the interview, posted in the video player above, she tells Pelley that she was troubled by Kavanaugh's demeanor in his testimony before the Senate Judiciary Committee last month.

The senator says that, after listening to Kavanaugh's testimony, she went back and watched it with the sound off on her TV, an "old trick" she says she uses to help better understand what's being communicated.

"I saw a level of anger and combativeness that I thought was not something that would qualify you to sit on the Supreme Court," Heitkamp said.

Last year, Heitkamp was one of three Senate Democrats to break with their party and vote to confirm President Donald Trump's first Supreme Court nominee, Neil Gorsuch. After careful consideration in that case, she says she came to the conclusion that Judge Gorsuch "presented the right judicial temperament" for the bench.  She says she doesn't believe the same is true of Kavanaugh.

"When he got into the answering questions and the back and forth, I thought, 'That's not someone I want sitting on the bench,'" she says.

Before Saturday's Supreme Court confirmation vote, Heitkamp was already trailing in polls in North Dakota, where a survey conducted in August showed 60% of voters supported Judge Kavanaugh. President Trump won the state by 36 points in 2016.

"It made me sad because I didn't think it was what we would want a president of the United States to do," Heitkamp tells Pelley in the clip above.

She says the president's speech politicizes the Supreme Court — and creates a further divide in the country.

"We are driving the public and the country further apart with partisan rancor," Heitkamp says. "And we aren't leading the country to common purpose."

The videos above were edited by Peter Berman and Will Croxton