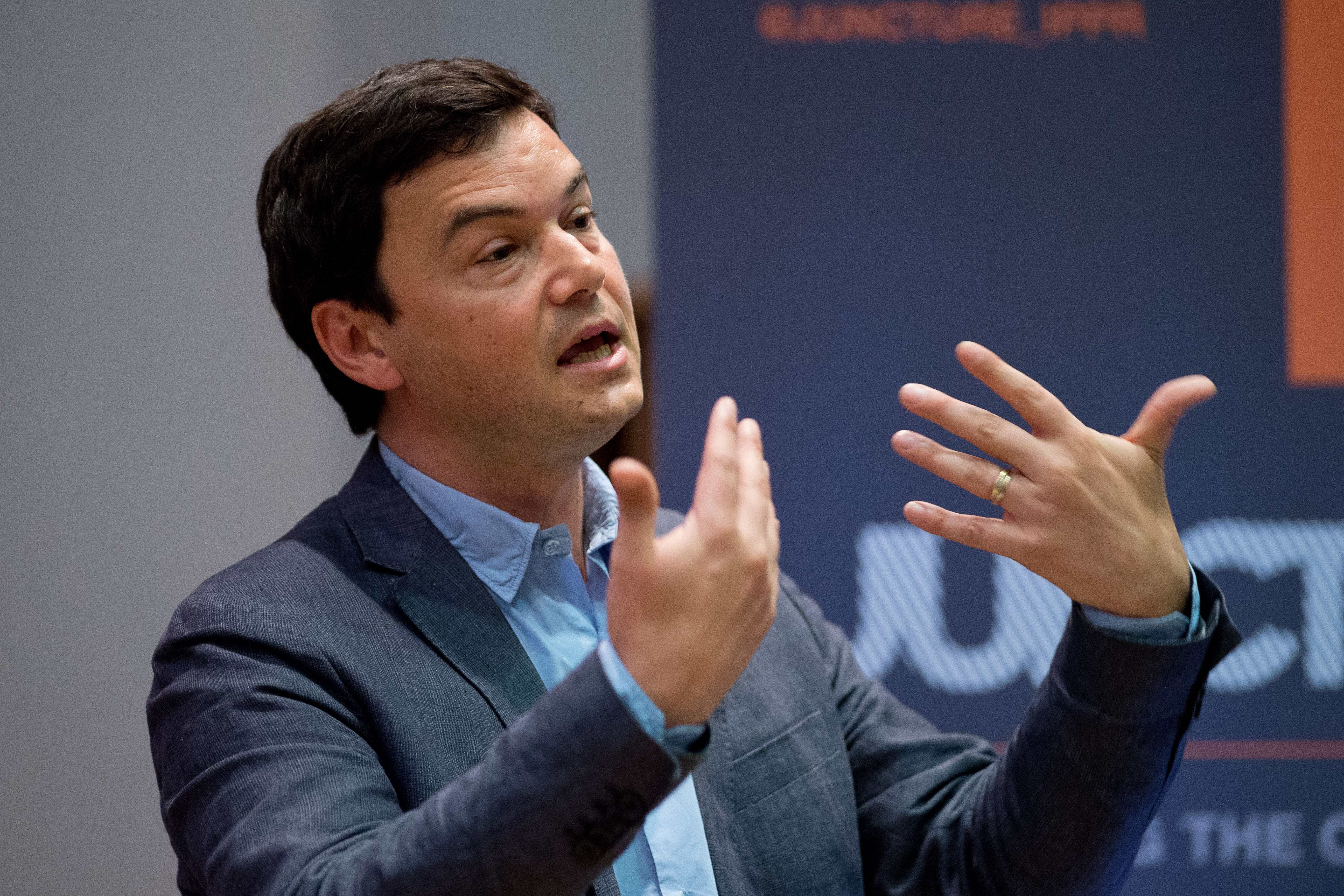 French economist Thomas Piketty has become a lightning rod in the economics and business worlds thanks to his best-selling book on surging economic inequality, "Capital in the Twenty-First Century."

Some, like Nobel Prize-winning economist Paul Krugman, have lauded Piketty's analysis, which looks at the role of capital in creating both wealth and inequality. Others, such as the New York Post, have criticized the book as advocating "neo-Marxism."

Now President Obama's chief economist is offering his two cents about the book, and it's not a whole-hearted endorsement.

Piketty's main point is that the rate of return on capital has far outstripped the rate of economic growth, and that the 21st century is likely to see continued inequalities as a result. But Jason Furman, chairman of the Council of Economic Advisers, told an audience on Wednesday that he's not entirely convinced by the book's prediction that inequality will continue to snowball as the rich capture an ever larger share of wealth and income.

"This thesis is intriguing and an important source of concern, although it is unclear how likely it is," Furman said on Wednesday at a speech at the Institute of International and European Affairs in Dublin. "Piketty's prediction is that the capital share of income will rise, pushing in the direction of increased inequality. But this is only one of the determinants of inequality."

Inequality within labor income -- such as what CEOs take home versus minimum-wage laborers -- has been a more important factor in creating inequality, Furman said. But, he noted, it's not clear such disparities within labor earnings will continue, because pay is based on "unpredictable technological developments," public policies and other issues.

Furman also expressed skepticism wtih Piketty's argument that slower economic growth will exacerbate inequality because rates of return on capital will continue to outpace overall growth. "In general when growth rates fall, the ratio of capital to income rises, and the increased prevalence of capital drives down the rate of return on capital," Furman noted.

Despite his criticisms of the book, Furman noted that inequality is a real and growing problem. One "stark" fact is that while the overall U.S. economy expanded from 2001 to 2007, the typical American family didn't share in those gains, Furman noted.

"And then incomes fell in the Great Recession -- meaning that overall there has been no net increase in incomes since the late 1990s," he added.

Furman's policy recommendations shied away from Piketty's solutions, such as a global tax on wealth, but he reiterated some of the Obama administration's policy priorities, such as raising the federal baseline wage to $10.10 an hour and expanding preschool enrollment.

"We have a lot of low-hanging fruit in terms of policies that can both reduce inequality and increase economic growth," he said. "And these policies would promote the type of inclusive growth that would manifest itself in higher median incomes, lower poverty rates, and broader, more inclusive growth."