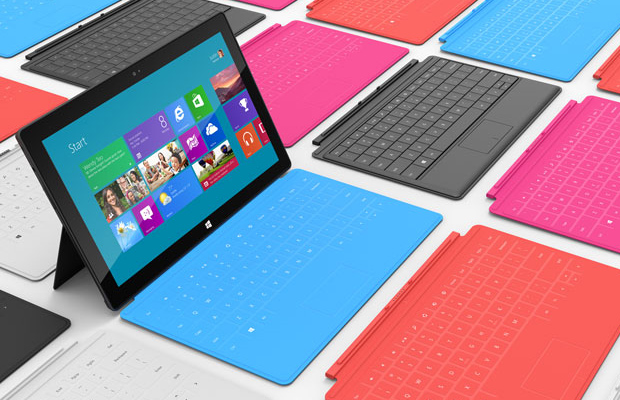 (MoneyWatch) As Microsoft (MSFT) debuts its Surface tablet, a lot of people are asking, "What took so long?" After all, there's very little technology in Apple's (AAPL) iPad that was new, ingenious, or unique. Anyone might have invented it, so why didn't the Beast of Redmond?

This isn't an issue about bright versus stupid people. Let's not forget that Google (GOOG) managed to miss the importance of social networking and that Microsoft last century notoriously missed the arrival of the World Wide Web. Beyond high-tech, soft drink companies for years couldn't see that bottled water was a huge market.

All organizations get trapped inside their own orthodoxies -- ways of seeing the world that have made them, at least initially, creative and productive. This becomes standard, received wisdom. And it works for a long time because it was smart in the first place and well elaborated later on. But then it starts to narrow your world view. If you think of software as a shrink-wrapped product that works with standalone devices, you can't see the Internet coming because your world view won't let it. If you believe that engineering brilliance is the source of great Internet businesses, then Facebook (FB) won't register.

Similarly, if you think unregulated markets are infallible, you can (like Alan Greenspan) fail to notice when unregulated derivatives keep blowing up in your face. And if you're afraid of conflict, no one will dare to draw these anomalies to your attention. It's easy to mock such orthodoxies, but we all have -- and need -- them. They bring order to our lives and edit down what we have to think about to a manageable amount. Our frames of reference make life easier.

And so it was natural for Microsoft to ignore hardware because so much of its corporate competence was tied up in working with machines that other companies made, but they did not.

That Microsoft is shifting is interesting, perhaps encouraging, but definitely late. For other companies, it raises the question: What are the central orthodoxies underlying your business or the way you do your job that blind you to opportunities and threats? I regularly work with businesses for which this question, eventually and after a significant struggle, opens their eyes to changes and challenges they've been studiously ignoring.

So what is going on right now in your industry that will prompt you to ask, "How could we have been so blind?"