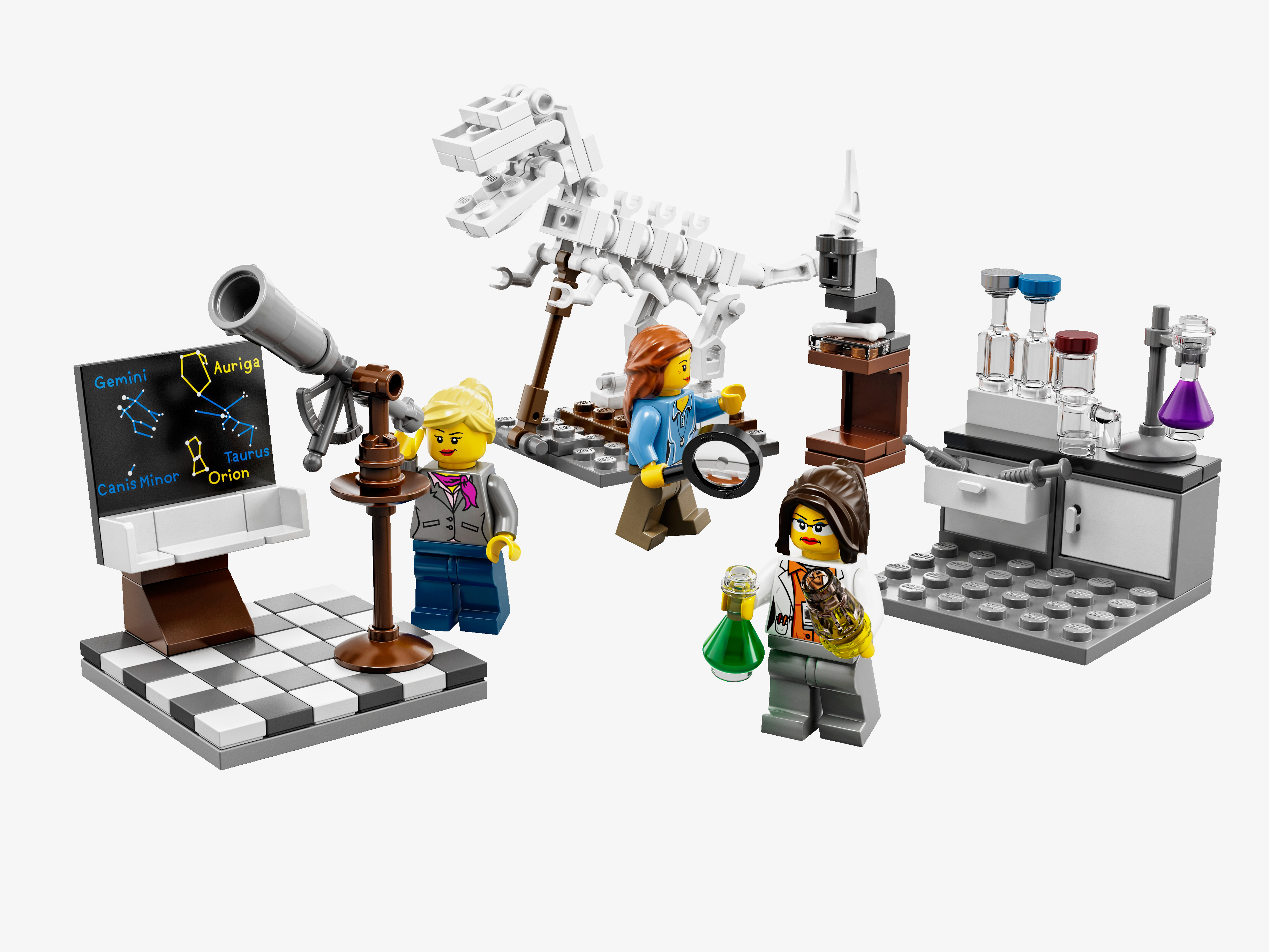 When it comes to stating the obvious, sometimes it takes a child to make the case.

Take 7-year-old Charlotte Benjamin, who earlier this year wrote a letter to Lego to point out a major fault with its minifigures: "There are more Lego boy people and barely any Lego girls." On top of that, the female minifigures did things like go to the beach and shop, while the boys "went on adventures, worked, saved people, and had jobs."

Several months after Charlotte wrote her plea, the toymaker has come out with its first minifigure set featuring scientists who are also women, designed by geoscientist Ellen Kooijman. The three tiny plastic figures are a paleontologist, an astronomer and a chemist, and they come with props that include scientific instruments, such as a telescope and a microscope. It turns out that Charlotte was onto something: Shortly after going on sale, the $19.99 minifigure set is already sold out at the Lego store.

It's hard to condemn a company for producing a toy that reflects the ambitions and workplace realities of girls and women, but some are asking why it took Lego so long to produce the design.

Mattel's (MAT) Barbie, love her or hate her, actually became an astronaut in the 1960s, four years before Neil Armstrong touched foot on the moon. She also ran for president in the 1990s and was a CEO in the 1980s.

Lego, meanwhile, found itself in a hotbed of controversy by creating its Friends line, which critics said reinforced gender stereotypes such as focusing on girls' looks. Instead of kits featuring professions or active characters such as fighters or rulers, the Friends line offers models of a catwalk and a shopping mall.

But that doesn't jibe with the aspirations for many girls. Today, more women in the U.S. than ever before are earning degrees in so-called STEM fields, or science, technology, engineering and mathematics, Janet Bandows Koster, the executive director of the Association for Women in Science, tells CBS MoneyWatch in an email.

Women's employment in STEM fields has increased since 1970, although within computer-related fields it's declined recently, according to a U.S. Census report. While women remain underrepesented in all fields, they are nearing parity in some fields, with the Census Bureau noting that 47 percent of mathematical workers are women.

Koster notes that women in the STEM workplace face additional issues, frequently "forced to choose between starting a family and having a career in STEM. Couple this with the prevalence of sexual harassment as outlined in numerous recently published studies, it doesn't always paint a pretty picture."

She adds, "So to us pink toys don't solve the broader issue of building America's innovation pipeline." While girls might be interested in the toys, she says, "it's a bit like the 'Pied Piper' - where are we leading them?"

Still, given the strong demand for the set, it's clear that Lego has struck a chord with parents, kids and fans.

Uber introduces a credit card with cash back

​Why McDonald's says it wants "to be in the schools"