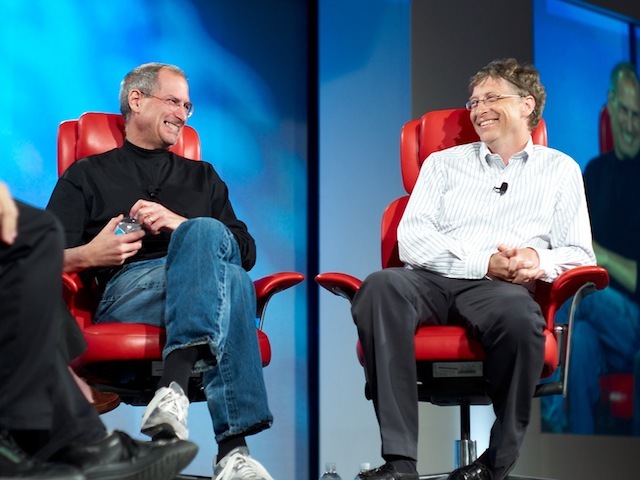 COMMENTARY Leaders come in all shapes and sizes. I'm not going to sit here and tell you that every CEO or executive I've known has had a killer sense of humor, but the vast majority of the successful ones certainly do.

I'm not sure why that is, but I suspect it has something to do with a combination of enjoying life, loving what you do for a living, and not taking yourself too seriously.

In leaders, humor and humility seem to go hand in hand. They're like a counterbalance for self-confidence, something that keeps their feet on the ground and their egos in check.

I'm no etymologist, but it sure seems as if humor, humility, and human share the same root. Makes sense to me.

Just remember, there's a time and a place for everything. A little self-deprecating humor or a funny quip between executives in private is one thing. Joking at the expense of others or crazy rants that make people wonder what you put in your coffee is another story.

Should executives be politically correct?

Here are some examples to help you differentiate. First, a couple of good laughs:

After a long meeting with the CEO of a distributor who was obviously slimy, my CEO turned to me and said, "Better make sure you still have your wallet."

On the flip side, this is from a former CEO with a knack for dark satire aimed at others:

"We've got more salesmen now than we've ever had before. We've got so many salesmen that I think they're out there bouncing into each other and getting lost. I don't think they know where the customers are, so maybe we should sit here and draw maps for them."

Yes, there were sales people in the room when he said it. I think you get the point.

So, assuming your sense of humor is of the appropriate kind, here are 7 reasons why I think it's one of the most underrated leadership traits:

Humor is disarming. It lightens the mood, puts people at ease and cuts down on the intimidation factor that powerful leaders face with employees, customers, vendors, partners, everyone. It shows you don't take yourself too seriously. That's the humility factor.

It relieves tension during crises. In the corporate world, I'd say that most managers and executives face a tough situation at least weekly. When there's tension in the room, it helps you and your employees to relax, think more clearly, and make better decisions.

It softens the blow of bad news. Don't get me wrong; if you're announcing layoffs you probably don't want to lead with "Two employees walk into a bar ..." That said, success is a poor teacher; we learn more from failure. But you still need someone to smile and say, "Hey, life goes on, we'll win next time. Now let's all go get a drink."

Humor is great for team building. For some reason, when a team laughs and has fun together it facilitates a sense of community and helps to create a cohesive corporate culture. It also helps to create a sort of communal history, as in, "Remember the time when ..."

It gets people to root for you. People like folks with a sense of humor. They're more likely to want you to succeed. Your supporters will find you more likeable and your detractors will be more likely to cut you some slack.

Humor is motivating. As executives go, I wasn't really the nicest guy you'd want to work for, but I think people learned and accomplished a great deal and had some fun doing it. I could be wrong, but I think the sense of humor helped to keep folks motivated, especially when times were hard.

All the best bosses have it. Do you? For more: 10 things great managers do

Why geniuses don't have jobs

Leaving your job? How to start the conversation
Steve Tobak