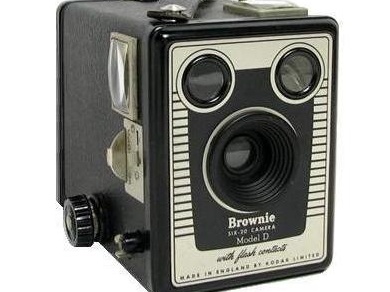 It was a sad day last week when Kodak -- perhaps the most iconic of all photography companies -- filed for Chapter 11 bankruptcy protection. Of course, that doesn't mean Kodak is down for the count. But to see the premier powerhouse of the film age trying to shed debt and restructure to survive is sad. Kodak gave us the first mass-market camera, the Brownie, as well as the first instant cameras. And there's the Paul Simon song, as well.

Anyone who has followed the rise of digital imaging over the last 15 years might shrug this off as inevitable. But Kodak actually made a genuinely solid effort to transform with the digital age. It just hasn't been quite nimble enough. Indeed, there's one critical element that -- had Kodak pulled it off -- might have prevented the current trek through bankruptcy protection. It's a great lesson for any company faced with weathering a disruptive change in its industry.

The bottom line is that in any transformation, you need to embrace the right business model. Kodak made a lot of changes to its core business model in the 1990s and 2000s. It rolled out a line of digital cameras, sold inkjet printers, and bought a photo sharing site called ofoto.com, which it eventually rebranded Kodak Gallery.

Those all sound like smart and reasonable decisions -- the company seemed to move with the industry -- but it wasn't enough. In particular, Kodak was still implicitly married to an outdated business model that relied on people printing their photos.

Kodak's EasyShare brand, for example, married cameras and desktop printers in a way that emphasized convenient and frequent snapshot printing. And ofoto, despite some photo-sharing pretensions, has always been little more than a vehicle for ordering prints. What Kodak missed -- or ignored -- is that the dynamics of photography have changed. Digital photography isn't just about a transition to bits instead of silver halide.

Digital photography is about freedom from printing. People don't print photos anymore -- they share photos online. Indeed, even the fundamentals have changed in that people don't take photos with bulky cameras at special occasions anymore. Cameras -- or, more accurately, cameraphones -- are a ubiquitous part of everyday life in a way that George Eastman could only have dreamed about.

That means that Kodak, had the company recognized that customers no longer wanted to print but rather wanted to share online, would have been smart to deemphasize its printer business and build its online property -- ofoto -- into something more than just an easy way to upload and print photos. The real future business model for digital photography was destined to be social media.

Of course, it's not Kodak's fault that the company couldn't predict Facebook, but imagine if it had.