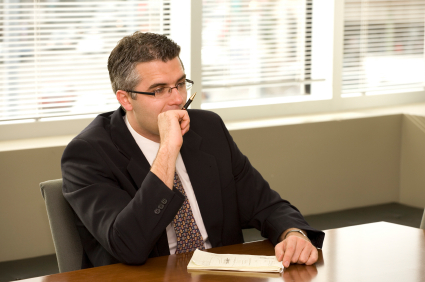 I'm responsible for a regional project (Project A) for one of our clients. There is another coordinator in charge of another project (Project B) for the same client. We both started out having basically the same amount of work and scope of responsibilities but our client decided to move most of Project B to another country while Project A increased. Our company took the challenge but never removed or re-assigned the other coordinator.

Without playing hardball, I have demonstrated to my bosses and the company that I can handle my bigger Project A and what's left of Project B and that the other coordinator (who has only two people on his team) basically is not necessary. My manager told me there is nothing he can do because that's the way the upper management settled the structure and besides, removing the other coordinator, could lead to legal issues. He (and the company and HR) knows that there shouldn't be two coordinators because of this situation and also because the operation is too small to have both of us. Now I have the entire site respecting me as a coordinator while the other person has seen his responsibilities reduced about 80 percent of what he was originally promoted to take care of as a result of our client moving most of Project B to another country.

The person is treated equally and makes almost the same money I make with a lot less time on the job.

The first step is recognizing what you can and cannot control.

Things you can control:

On the money front, are you being paid what you negotiated when you accepted the job? Is the pay still fair for the amount of work you are doing? Would you complain if the other coordinator had never existed? If the answers are yes, yes and no, then it's not about the money. It's about the unfairness of the situation.

And life is not fair.

You're not being treated poorly. He's being treated extra well. Why begrudge him that? It's easy to get grumpy, but you're being paid what you're worth on the market. (If you're not, ask for a raise or look for a new job.)

You also said he's being treated equally, but that contradicts your previous sentence. You wrote, "Now I have the entire site respecting me as a coordinator while the other person has seen his/her responsibilities reduced..." That's a huge difference. That respect of the entire site is something that can only be earned. It cannot be bestowed upon something. This will benefit you and your career for years to come. When a higher position opens up, you'll be the one they consider, not the other guy. When someone has a problem, you're the one they go to, not the other guy.

Now, since it's probably driving you nuts trying to figure out exactly what senior management is thinking, I'll give you a few guesses. First, your manager mentioned it may be illegal to fire this person. You didn't say why this would be but it may well be true. It could also be true that while it wouldn't be illegal, it would likely result in a lawsuit and it's cheaper to keep the guy on board than battle that. Another option is that they expect work to pick up in the future. It's easier to keep him in the wings than it is to fire him, and then seek out, hire and train a replacement in six months. A third option is that they are working on encouraging this man to quit on his own. His reduced hours may be so that he could focus on finding a new job. Managers very rarely share this type of information with other employees.

If your workload is too heavy you can ask to have some of your responsibilities to be re-assigned. But, it doesn't sound like you want that at all. You've already got the gold star on your forehead. Continue to work hard and be diligent and you'll most likely be rewarded for it. If not, you at least will have a great resume to help you find a new job.

But stop focusing on this other guy. Just let that all go, and focus on doing your job well.