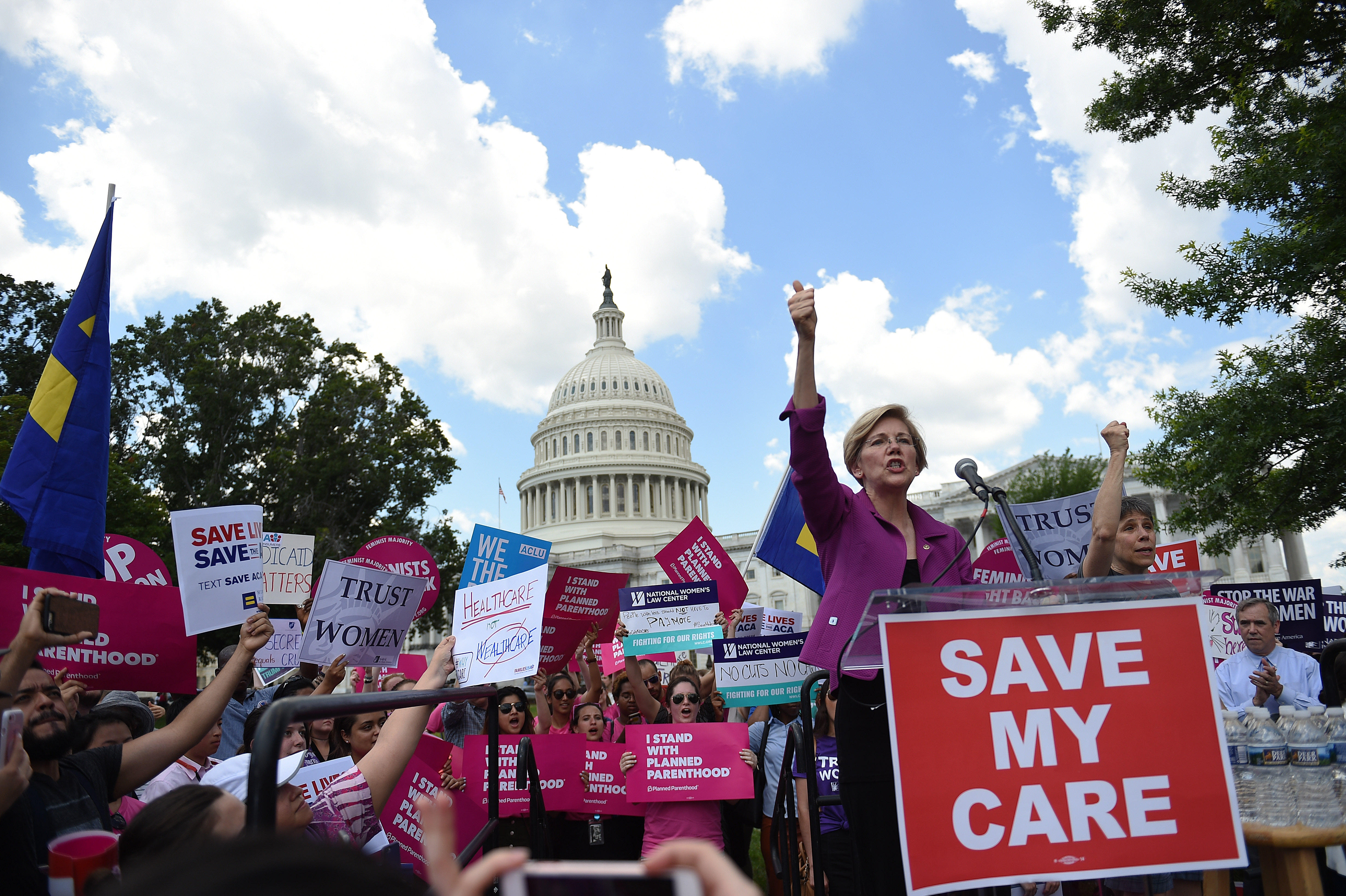 As Republicans on Capitol Hill struggle to find common ground on a plan to repeal and replace the Affordable Care Act, and as Democrats criticize their plans as too expensive for the neediest in society, one subject is absent from the debate -- why is health care so expensive to begin with?

Medical care prices increased 4 percent in 2016 according to the Bureau of Labor Statistics, and premiums under Obamacare's second-lowest costing "silver" plans rose 7.5 percent in 2015. Plus, the U.S. spends far more per capita on health care -- $9,892 in 2016 -- than any other nation. That's a trend that doesn't show any sign of changing, according to the Organization for Economic Cooperation and Development (OECD).

Meanwhile, health care costs were outpacing the general rate of inflation long before the the ACA or Obamacare became law, and are projected to continue to do so.

"The encouraging part, if you will, is that the U.S. is much more expensive than other countries -- and there's no reason why we need to be," said David Cutler, an economist at Harvard University who specializes in the health care industry.

So, what are some of the factors contributing to the high costs of health care -- factors that will seemingly continue to increase Americans' health care bills, no matter what version of health care legislation passes?

Administrative costs contribute to 25.3 percent of all health care spending in the U.S., the highest of eight nations analyzed in a 2014 study published in the peer-reviewed journal Health Affairs. Cutler says that's partly because the U.S. has so many payers -- from a slew of private health insurance companies to government programs like Medicare and Medicaid -- that hospitals and physicians have to negotiate with in the regular course of business.

"That's how many they need to get the bills paid," Cutler said.

There's little ability -- or incentive -- to cut those administrative costs.

"So the system keeps on being inefficient and just grows in inefficiency," Cutler added.

"Because we really like the stuff, and it's getting better and better," Graboyes said.

Americans want the newest and latest technology available, and the American health care system can often provide that quickly. But, that quality and speed comes at a cost, Graboyes said.

In some cases, medical experts point out that newer or more expensive treatments aren't necessarily better for patients.

Use of defensive medicine

It's generally easier to sue doctors in the U.S. than in most other countries. So, doctors often employ what's known as defensive medicine -- the practice of ordering as many tests and exploring as many options as possible so a patient would have a more difficult time to sue a doctor for missing some possible solution.

A 2010 study published in the peer-reviewed Archives of Internal Medicine found 90 percent of the 1,231 physicians surveyed said doctors order more tests and procedures than patients actually need to preemptively protect themselves from litigation.

More than 30 states have certificate of need laws -- laws that require health care providers or would-be providers to first obtain permission from the government and often their competition like nearby hospitals to establish or expand a facility. The laws are intended to reduce health care costs, but Graboyes and other researchers at the Mercatus Center argue the laws do just the opposite by limiting the supply of medical care and limiting competition, thus allowing existing providers to make more.

The consumer is removed from the price tag

In most industries, the consumer knows what the price tag will be up front. That isn't the case with health care, where the full cost of the tab may not be clear for weeks or months, and even then, the consumer isn't charged the actual cost of the service. In the meantime, the patient's insurance company negotiates the price of procedures with the provider until the parties reach an agreement.

In some ways, health care is comparable to higher education, another sector with rising costs easily outpacing inflation rates, Graboyes said. When something is partially subsidized by a third party like the government through grants in the case of college or private insurance companies or the government in the case of health care, Graboyes explained, the service provider has little incentive to lower costs.

"Both (are) heavily subsidized," Graboyes said. "We have insulated both consumers and producers from real prices, real costs and increasingly we've left the burden on taxpayers to fill the gap. And what you've got in both cases is enormously increasing costs in both industries."

Perhaps the biggest driver in high medical costs, Graboyes believes, is a Medicare reimbursement framework that doesn't incentivize providers to lower costs to stay competitive, and private insurers are highly unlikely to reimburse at rates lower than Medicare.

A few providers in the U.S. and abroad are experimenting with a more direct approach to patients paying for primary care, in which patients pay a monthly fee to the office as they would pay a premium, then pay directly for visits and procedures.

But for now, the U.S. has a "deeply irrational system of pricing that drives things towards the more expensive," Graboyes said.

"These are the things that are not being talked about really by either party," Graboyes said.

Cutler believes it would be much easier to begin lowering health care costs once everyone or at least the vast majority of the population is insured.

"When countries cover everybody, they then turn to saving money," Cutler said.

The underlying reasons why health care costs continue to soar aren't that complicated, Cutler said. But Republicans and Democrats alike have to be willing to take a step back to look at the system as a whole, and identify common goals.

"The point that I'm trying to make is exactly that, is if (the Senate bill) fails, we should focus on things with mutual agreement," Cutler said.