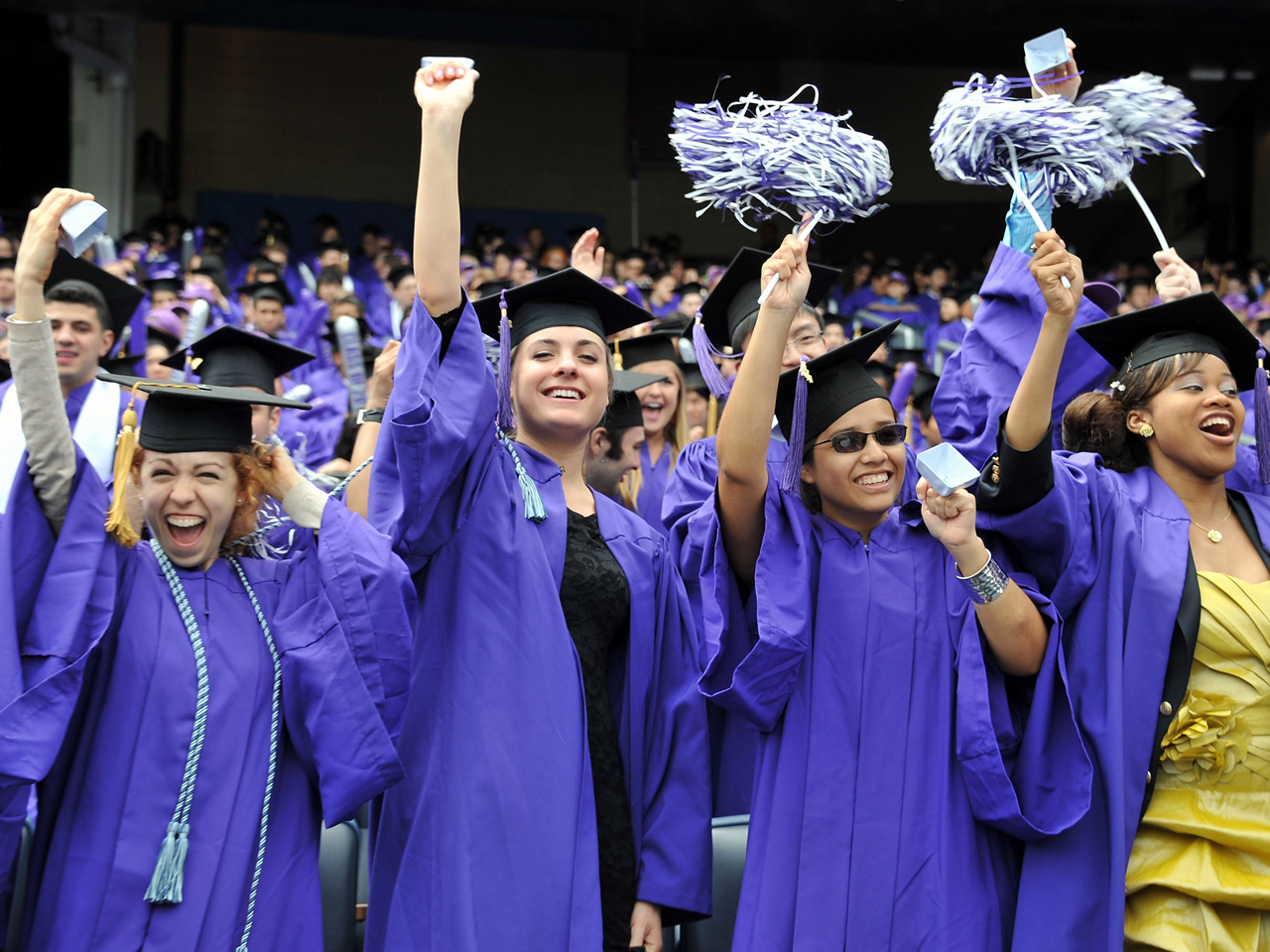 New figures on the cost of a college education aren't what students and their parents want to hear.

But it's probably no surprise: Costs are rising as public universities pass state budget cuts on to customers.

The College Board says average in-state tuition and fees at four-year public colleges rose an additional $631 this fall, or 8.3 percent, from a year ago. Nationally, the cost of a full credit load has passed $8,000, an all-time high. With room and board, the average list price for a state school now runs more than $17,000 a year.

But a companion report says the actual amount families actually pay is much lower, thanks to a large increase in federal grants and tax credits for students, on top of stimulus dollars that prevented greater state cuts. The average for tuition and fees is about $2,490, or just $170 more than five years ago.

The College Board reports roughly 56 percent of bachelor's degree recipients at public four-year schools last year graduated with debt, averaging about $22,000. At private nonprofit universities, 65 percent had debt, averaging around $28,000.

The release of the College Board report comes the same day as President Obama is expected to outline a plan to allow millions of student loan recipients to lower their payments and consolidate their loans, in hopes of easing the burden of the No. 2 source of household debt.

The move to assist struggling graduates and students could help Mr. Obama shore up re-election support among young voters, an important voting bloc in his 2008 campaign, and appeal to their parents, too. Student loan debt also is a common concern voiced by Occupy Wall Street protesters.

The loans have become particularly painful for many amid the nation's economic woes, high unemployment and soaring tuition costs. They are second only to mortgages as a portion of Americans' debt, coming in ahead of credit cards.

The White House said Mr. Obama will use his executive authority to provide student loan relief in two ways.

First, he will accelerate a measure passed by Congress that reduces the maximum required payment on student loans from 15 percent of discretionary income annually to 10 percent. The White House wants it to go into effect in 2012, instead of 2014. In addition, the White House says the remaining debt would be forgiven after 20 years, instead of 25. About 1.6 million borrowers could be affected.

Second, he will allow borrowers who have a loan from the Federal Family Education Loan Program and a direct loan from the government to consolidate them into one. The consolidated loan would carry an interest rate of up to a half percentage point less than before. This could affect 5.8 million borrowers.

Education Secretary Arne Duncan told reporters on a conference call that the changes could save some borrowers hundreds of dollars a month.

"These are real savings that will help these graduates get started in their careers and help them make ends meet," Duncan said.

The White House said the changes will carry no additional costs to taxpayers.

Last year, Congress passed a law that lowered the repayment cap and moved all student loans to direct lending by eliminating banks as the middlemen. Before that, borrowers could get loans directly from the government or from the Federal Family Education Loan Program; the latter were issued by private lenders but basically insured by the government. The law was passed along with the health care overhaul with the anticipation that it could save about $60 billion over a decade.

The law change was opposed by many Republicans. At a hearing Tuesday, Rep. Virginia Foxx, R-N.C., who chairs a subcommittee with oversight over higher education, said it had resulted in poorer customer service for borrowers. And Senate Republicans issued a news release with a compilation of headlines that showed thousands of workers in student lending, including those from Sallie Mae Inc., had been laid off because of the change.

Today, there are 23 million borrowers with $490 billion in loans under the Federal Family Education Loan Program. Last year, the Education Department made $102.2 billion in direct loans to 11.5 million recipients.

Increases in federal aid have helped ease the burden on students dealing with tuition increases, the White House Council of Economic Advisers said in a report Wednesday.

Meanwhile, the Education Department and the Consumer Financial Protection Bureau announced a project Tuesday to simplify the financial aid award letters that colleges mail to students each spring. A common complaint is that colleges obscure the inclusion of student loans in financial aid packages to make their school appear more affordable, and the agencies hope families will more easily be able to compare the costs of colleges.Separately, James Runcie, the Education Department's federal student aid chief operating officer, told Foxx's congressional panel that the personal financial details of as many 5,000 college students were temporarily viewable on the department's direct loan website earlier this month.

Runcie said site was shut down while the matter was resolved, and the affected students have been notified and offered credit monitoring.