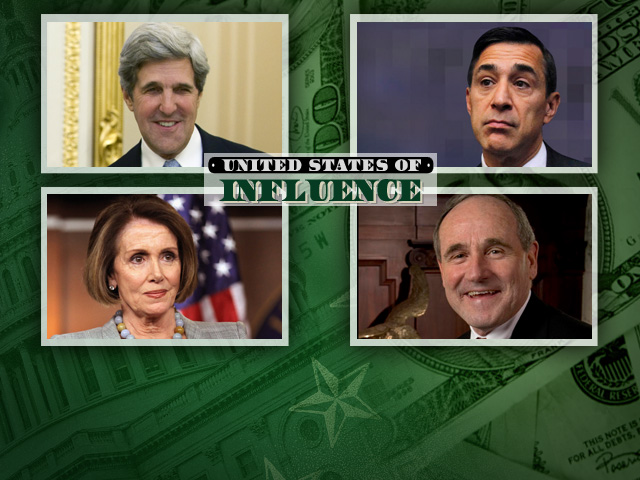 The evidence is clear: Americans overwhelmingly disapprove of Congress and don't believe their representatives share their priorities.

There's plenty of room for debate over whether Congress shares voters' priorities on political and policy issues. But when it comes to personal priorities, at least, voters have good reason to be skeptical of Congress. Most members of Congress simply don't share in the average American experience.

National unemployment has lingered above 8 percent for longer than 28 straight months. Congress, meanwhile, is a club that consists of 245 millionaires. Based on 2009 data, there are currently 66 in the Senate and 179 in the House (among current voting members). So while just 1 percent of Americans are millionaires, 66 percent of senators are millionaires, as are 41 percent of House members.

Even the 2010 elections, with its promises to "take our country back," produced a freshman class of senators with a median net worth of close to $4 million. The median net worth of freshman House members is more than half a million dollars, according the Center for Responsive Politics, a Washington-based, non-partisan research group that tracks the effect of money on elections and public policy.

Multiple factors contribute to this picture. It begins with campaigns that have become increasingly costly to run, making it all the more difficult for a person of modest income to run for office. National parties, looking for ways to bring down their own costs, actively recruit wealthy candidates.

Once in office, members of Congress enjoy access to connections and information they can use to increase their wealth, in ways that are unparalleled in the private sector. And once politicians leave office, their connections allow them to profit even further.

How wealthy is Congress?

The average estimated personal wealth of congressional members far exceeds the average American's wealth, according to Dave Levinthal, a spokesman for the Center for Responsive Politics. "We're talking orders of magnitude," he said -- people with assets in the high six figures in the House and even higher in the Senate.

The Center regularly goes through the time-consuming process of reviewing congressional financial disclosure reports -- which are only filed on paper -- and publishing the information in a reader-friendly online format. Their work has shown that, besides a slight dip between 2007 and 2008, Congress' personal wealth has continued to rise.

"Most Americans are being represented by people who, any way you cut it, are in the elite of the financial elite," Levinthal said.

Can only the wealthy run for Congress?

At the same time that Congress has become more of a millionaires' club, running a congressional campaign has become increasingly costly. There's no empirical evidence to suggest the two are related, but any political operative will tell you that not everyone can afford to run a campaign.

As a congressional candidate, "every waking minute of every day is devoted to that campaign," said Doug Heye, a former spokesman for the Republican National Committee. "It requires an extraordinary amount of time, and it becomes difficult for a lot of people if you have a full-time job... When you've got a mortgage to pay and college tuition and braces to pay for, those kinds of day-to-day, real-life expenses come before putting six months into a campaign."

The amount of money a candidate needs gets larger with each election cycle. The average Senate campaign in 2010 cost $8,002,726, according to the Campaign Finance Institute, a non-partisan research group that analyzes fundraising by candidates and political parties. That compares to a cost of $5,827,139 in 2000 and $2,587,616 in 1990.

Factors like incumbency play a huge role in the outcome of elections, but so does money: Since the 2000 election, candidates who spent more money in open seat House races won 86 percent of the time, according to the Center for Responsive Politics.

If a candidate doesn't put up the money himself, it's up to the political party backing him to do so. That gives the party organizations big incentive to recruit wealthy candidates.

"Self funders are attractive because it's one less candidate that a committee may have to make a huge investment in," said Doug Thornell, a Democratic strategist at SKDKnickerbocker who has worked for the campaign arms of Congress.

Heye points out that money goes farther when it comes from the candidate directly, rather than through fundraisers.

"It's free money," he said, explaining that a candidate could write a $1 million check -- or spend $400,000, on things like fundraising events and direct mail, to raise $1 million.

But it turns out that candidates who finance their campaigns with their own personal wealth don't have the best record: During the 2010 election cycle, only 11 of 58 federal candidates who contributed at least $500,000 to their own campaigns prevailed on Election Day, the Center for Responsive Politics reported.

Still, a wealthy candidate brings more to the table than his own checkbook -- he also brings his friends' checkbooks.

"Wealthy candidates who try to buy office with their own money tend to lose, but in order to set up a campaign, you have to know a lot of wealthy people and wealthy special interests -- and that's something that most of us are not privy to," said Craig Holman, government affairs lobbyist for the consumer advocacy organization Public Citizen.

Online fundraising has opened the door for candidates with fewer personal connections or resources, but the method hasn't completely proven itself yet. Even President Obama, whose 2008 campaign set the bar for online fundraising, raised nearly 50 percent of his money from donors giving $1,000 or more.

Once a candidate actually makes it into Congress, he's presented with new opportunities to increase his wealth -- some that are unmatched in the corporate world.

There are some ethics restrictions in place that limit the income congressional members can take in; for instance, they're not allowed to take in outside income (from sources like speaking fees) that amounts to more than 15 percent of their salary (the base pay for a member of Congress is $174,000).

Congressmen can get away with "the type of insider trading that would send Martha Stewart to prison," Holman said. "They go into hearings and confidential meetings with business interests, understanding new legislation is going to come out next week," and are free to trade on that information.

So, for instance, if a lawmaker learns an upcoming bill will grant a company a large government contract, which could boost that company's stock, he or she is free to buy that stock ahead of the bill's public introduction.

Officially, House ethics rules say it would "impractical or unreasonable" to ask members of Congress to divest from industries over which they have jurisdiction, in part because a congressman may have been elected to represent a "common interest" he shares with his constituents. Thus, the rules say, if asked to divest in that industry, the member of Congress may be "ineffective in representing the real interests of the constituents."

House ethics rules dictate that a lawmaker should "never use any information coming to him confidentially in the performance of governmental duties as a means for making a private profit." House rules, however, are only enforced on an internal basis, and breaches of the rules are often lightly punished, if at all.

Democratic Reps. Louise Slaughter of New York and Tim Walz of Minnesota have introduced legislation to stop insider trading in Congress. But the bill, which has been introduced before, has never had more than 14 congressional sponsors.

"To make decisions on the House floor or in committee hearings, members of Congress sometimes need access to non-public information," Slaughter said in a statement, "but they should not be able to profit off that information."

It's not just the lawmakers themselves who exist in this ethical grey space -- sometimes a congressman's spouse or family member is in a position to profit from congressional actions, raising questions about how far to extend conflict of interest rules.

"We find that one really effective way for a corporation to do influence peddling without actually bribing a member of Congress is hire the spouse," Holman said. "They'll hire these spouses at exorbitant salaries, and that money really goes directly into the pocket of the member."

Democratic Rep. Barney Frank recently acknowledged that in the 1990s he helped his then-partner get a lucrative job with Fannie Mae, though he said he did nothing wrong. New York Times reporter Gretchen Morgensen, who reported the detail in a new book, said in an interview that Fannie Mae "rolled out the red carpet" for Frank's partner to try to win him over, since he was a member of the Financial Services Committee.

Before Democratic Sen. Evan Bayh retired last year, he was the subject of scrutiny because his wife earned more than $1 million a year from sitting on various corporate boards in sectors like pharmaceuticals and insurance. Bayh said his wife's business interests didn't influence his votes on policy that impacted those sectors.

Once a member leaves office, even more opportunities for financial gain present themselves. According to Public Citizen, between 1998 and 2006, 43 percent of all members of Congress took lobbying jobs after leaving Congress, landing positions with an average annual salary of $2 million.

While there's room for debate as to whether Congress should adopt more rules to avoid conflicts of interest, it's clear that the more transparency there is, the better. When it comes to the disclosure of lawmakers' personal assets, however, there is certainly room for improvement -- starting with putting the information online, said Levinthal of the Center for Responsive Politics.

"Digital scanners and the Internet have been a around for a while now," he said wryly. "But there hasn't been any action. We would hope members of Congress would see the wisdom in making this information accessible to the public."

This article was updated to correct the percentage of donations President Obama received from donors giving $1,000 or more.