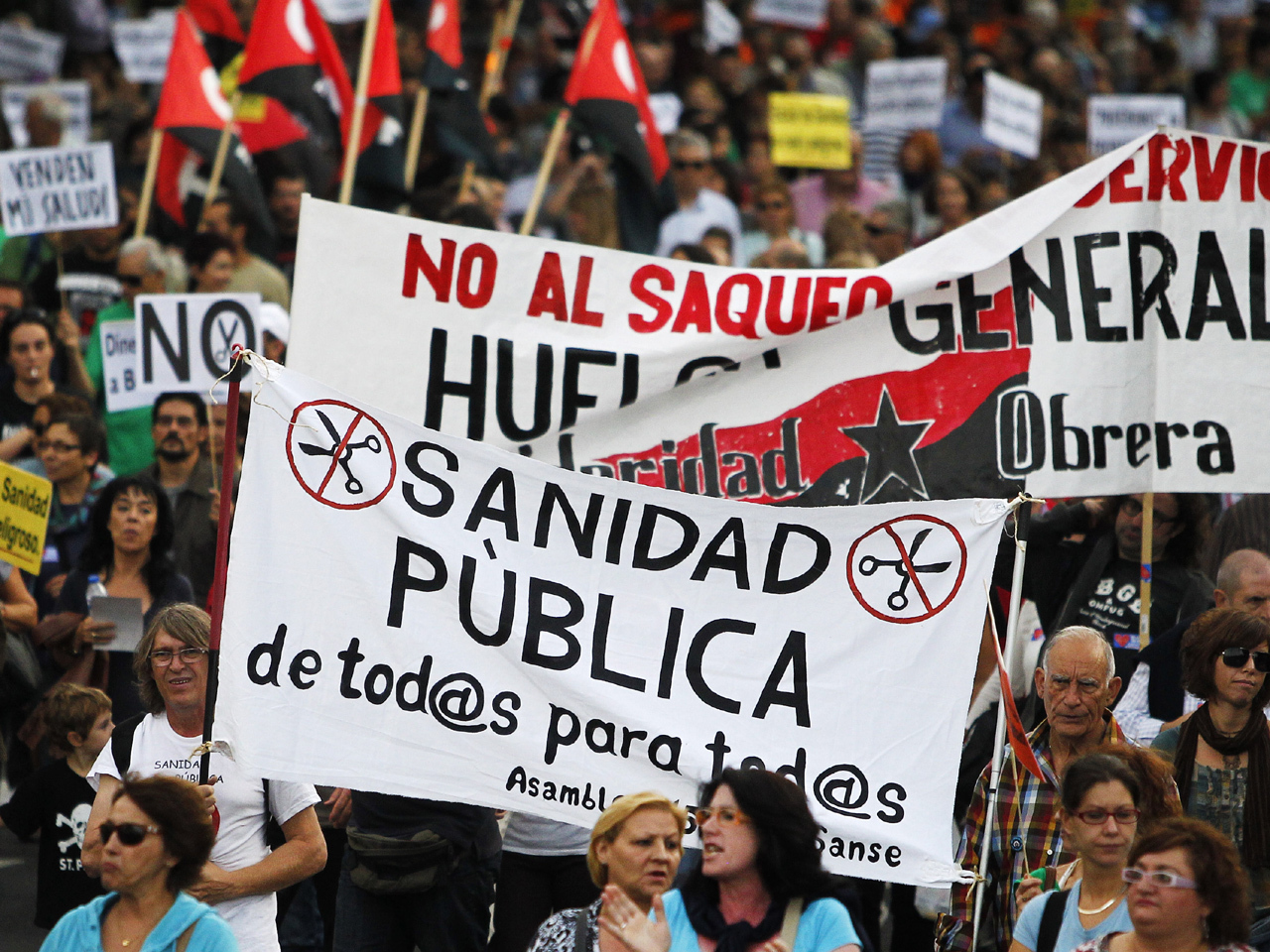 (Moneywatch) The conditions seem to be perfect for Spain to ask the European Union for a bailout, so why hasn't it?

On Monday, eurozone finance ministers launched their permanent $650 billion bailout fund, the European Stability Mechanism. Then Standard & Poor's cut the nation's sovereign-debt rating to one level above non-investment and Moody's indicated it was likely to do the same. In other words, the money needed to bailout Spain was put in place, and the nation's need for that money increased.

These events and Spain's collapsing economy would seem to increase pressure on Madrid to ask international lenders for help. Despite all the bleak news, however, the nation's bond yields -- the amount it has to spend to borrow money -- are dropping, likely because investors believe a bailout is inevitable. But it appears that the only pressure Prime Minister Mario Rajoy is going to respond to is rising yields -- if it becomes too expensive to borrow, then he may act.

Another dynamic is that, as in the U.S., nothing gets done until after the elections. In Spain's case, the date is Oct 21. Of course it's possible that nothing could happen for months beyond that date if the European Central Bank's bond buying keeps borrowing costs down.

While some analysts think Rajoy needs to act quickly, other EU nations -- most notably Germany -- are pushing for delay.

"We fear that Moody's cut of Spain's rating will come before the country's official request for help," analysts at Societe Generale wrote in a note to investors. "This calm is not going to last."

German Chancellor Angela Merkel clearly does not want to explain another bailout to her voters. This may be why Finance Minister Wolfgang Schaeuble this week said no assistance was needed.

"Spain needs no aid program. Spain is doing everything necessary, in fiscal policy, in structural reforms," he told reporters as he arrived for a gathering that will also discuss plans to establish a single supervisor for eurozone banks. "Spain has a problem with its banks as a consequence of the real estate bubble of the past years. That's why Spain is getting [EU] help with banking recapitalization."

Angel Gurria, the secretary general of the Organization for Economic Cooperation and Development, was likely referring to these remarks when he said there were signals that a request from Spain might be rejected.

"If you are the leader of a country that has done everything that had to be done, and then the ECB, works on the secondary markets for you and lowers those yields and you are told that you have to go and ask for a [bailout] and you say ok, but then you`re given very strong signals that if you go, you will be told, 'No' how can you reconcile those two things?" Gurria told CNBC. "This is not about Spain [being reluctant], this is about the rest of the [EU] members suggesting that if they come [for help], they will not be welcome."

However, Spain's Economy Minister, Luis de Guindos, said Friday there was absolutely no political resistance from within the euro zone to a Spanish bailout request: "There was no pressure, in one sense or in the other."

Whatever the case it's clear that asking for a bailout prior to next week's regional elections would doom the already slim political chances of Rajoy's party. It could also further embolden separatists who want Catalonia, Spain's most prosperous region, to secede -- an idea that is increasingly popular among the Catalonians themselves.

What's more, Madrid must be haunted by the specter of what is happening in Greece, where two bailouts (and the strings attached) have destroyed the economy and caused escalating social unrest. Greece is the only EU nation with a higher unemployment rate than Spain: 25.1 percent for the general population and for those between 15 and 24 it is nearing 55 percent. This is one record the Spanish clearly do not want to break.