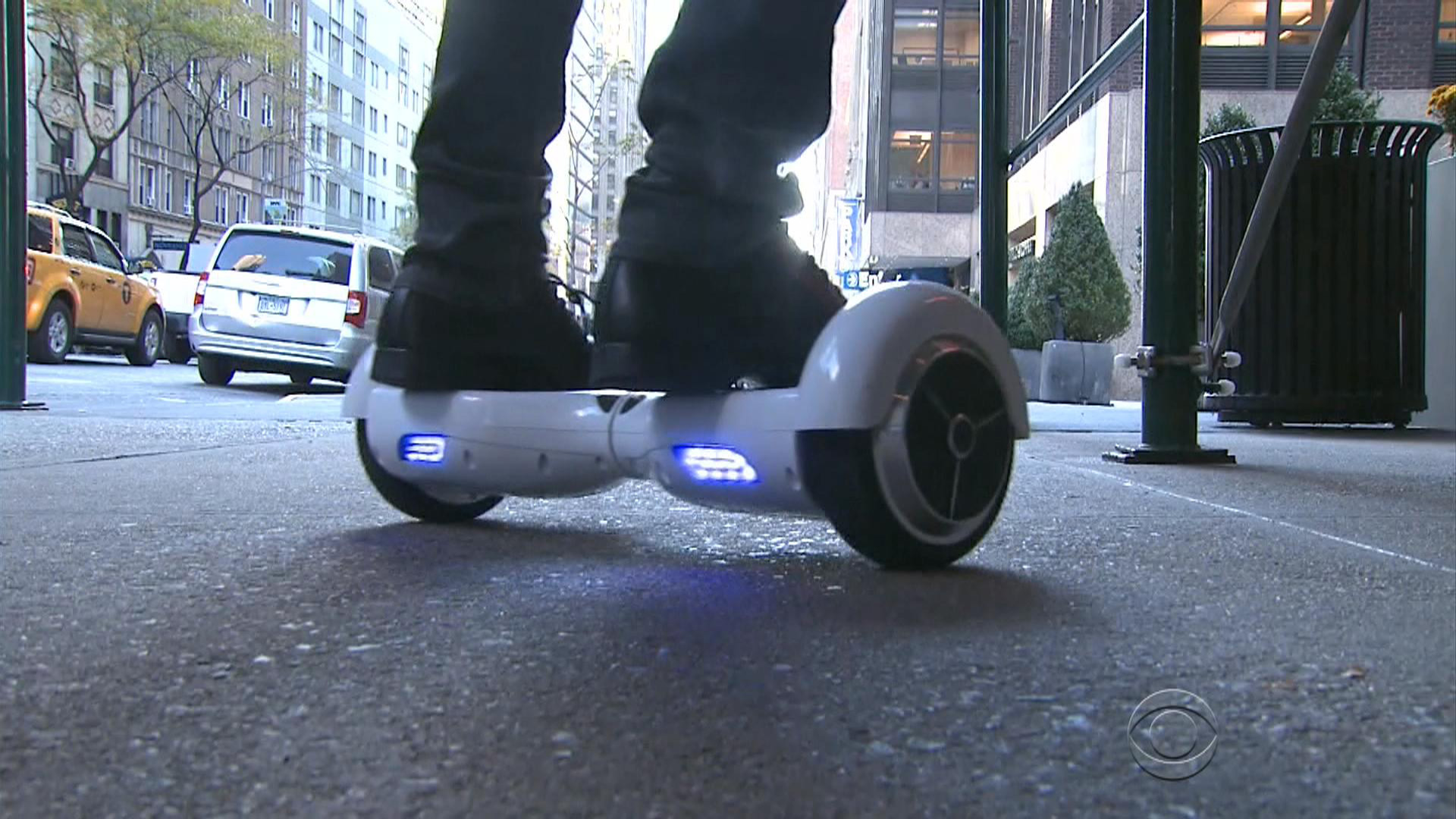 On Wednesday, more than 500,000 hoverboards made by ten companies were recalled.

The hot gift from last Christmas has had a nasty habit of getting too hot and catching fire. It happened in an instant to Delvon Simmons.

"The wheels locked up, next thing I knew I was airborne," Simmons said. "Next thing I know I see sparks flying."

His hoverboard's battery failed, sparking a fire. And Simmons is not alone.

The Consumer Product Safety Commission has received at least 99 reports of the lithium ion battery packs that power hoverboards overheating, sparking, smoking, catching fire or exploding -- resulting in injuries and an estimated $2 million in property damage.

"If you own a hoverboard, please stop using it immediately," CPSC chairman Elliot Kaye said, announcing the sweeping recall of more than a half million hoverboards made between June 2015 and May 2016 that do not meet standards. "All of the models that are recalled were made with fundamental design flaws that put people at real risk."

Hoverboards have been banned by some airlines, university and even the New York City subway.

"I hope that it kind of changes the way that they're manufactured and it becomes safer for everybody to use because they're just a lot of fun to have," she said.

Manufacturer Swagway tells CBS News that safety is its number one priority. It will replace the battery pack on its recalled X1 models. The CPSC estimates 7,200 hoverboard-related injuries have landed people in emergency rooms. Half of those injuries are fractures due to falling.