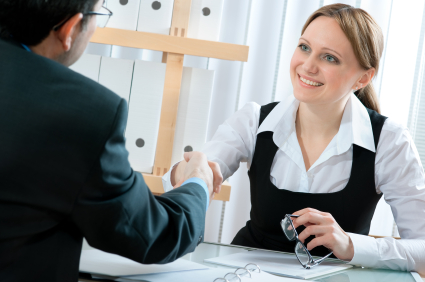 (MoneyWatch) Every senior HR person I've spoken to agrees that interviews don't work. Yet no employee gets a job without one. Why? Mountains of research show that interviewers don't really know what they're doing and that interviewing rarely provides insight or evidence relevant to the job in question. There are lots of reasons for this - and ways to do better.

Bias. We all have a biological preference for people like ourselves. When we meet someone who speaks our language, shares our ideas and background, maintains similar values, we are predisposed to think that they are just as great as we are. The similarities don't even need to matter: If I tell you that you share a birthday with Rasputin, you're more likely to think the Russian monk wasn't so mad after all. After natural disasters like Katrina, people whose names began with 'K' were disproportionately represented among the donors. We gravitate towards similarity even when it's stupid. The biggest bias of all, of course, concerns ourselves: We all tend to think we're just great judges of character. We're almost all wrong. The solution to this is to have candidates interviewed by many different kinds of people - if you're lucky enough to work in an organization that has real diversity.

Technique. Most people think they're great interviewers and most of them are wrong. Few people ask questions that illuminate how candidates think or make decisions and most interview questions prompt motherhood statements of a kind that are meaningless. You should ask "what if" questions to see how candidates think through a problem. It's also a very good idea to enquire about mistakes and failure since they're always more telling than successes. Any candidate that can't discuss some good failures hasn't been trying hard enough.

Perspective. You interview candidates because you've already found good things about them in their resumes and job applications -- so you're predisposed to like them. Plus you want to solve the problem that created the vacancy in the first place. That - together with the fact that most of us are kind human beings - means that we all look for the positive. But think about where the likely weaknesses are and probe those. If you can't find the faults you're looking for, perhaps you are on the right track after all.

Assessment. If interviews don't work, it appears that assessment does - or at least it works better. This is a more rigorous process of analyzing what's needed in the job and then mapping those skills to questionnaires and personality assessments that score for those qualities. It isn't foolproof and you can't score everything perfectly but it will provide a more objective benchmark against which to measure your interview insights. The huge additional advantage of assessment is that it forces you to think objectively about what you need and often involves bringing in an expert assessor who will add rigor to the process.

The statistics around interviewing are so bad that Malcolm Gladwell once argued that, after throwing out irrelevant resumes, you'd do better choosing blind. Before you waste hundreds of hours of everyone's time, it's worth asking: Does your process have a better success rate than chance?

Is your workspace productive?
Is there a gap in your resume?
How to engineer a great annual review