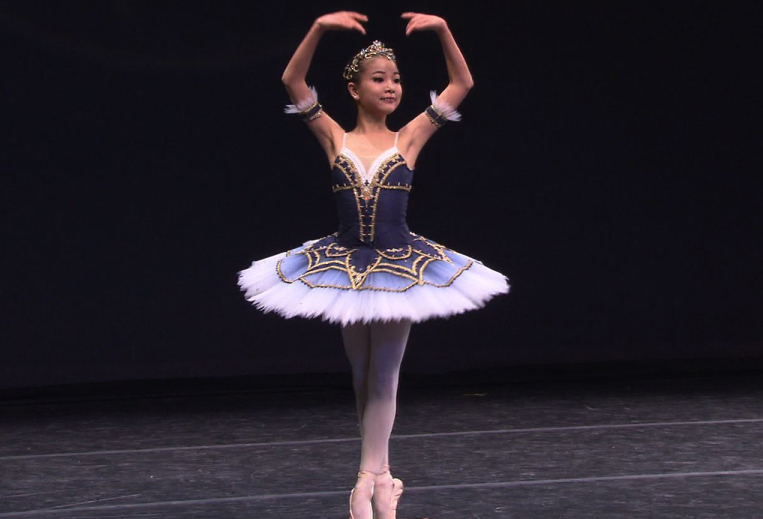 "I don't think I've ever been dizzy," says Williams, an instructor with the Central School of Ballet in London. "It has to do with the length of the training. You have to keep at it again, and again -- and again."

Like many ballet dancers who practice pirouettes and other spinning moves repetitively, Williams doesn't get that lightheaded sensation most people feel after spinning around.

Researchers at the Imperial College London say they've discovered differences in the ballet dancers' brain structure that help them suppress that dizzy feeling. They say their ballet brain study could lead to new therapies to help the one in four people, researchers claim, who suffer from chronic dizziness.

The study was published in the journal Cerebral Cortex. The researchers took a group of female ballet dancers and put them through a series of spinning tests in a chair in a dark room. The researchers also selected female rowers as a control group of similar age, number, gender and fitness, and put them through the same tests. Next, the Imperial College London researchers measured the brains of the two groups and how the volunteers reacted to the spinning.

Researchers say the dancers recovered more quickly from the spinning tests than the rowers. MRI scans showed that the area of the dancers' brains that senses that dizzy feeling, was smaller than that area in the rowers' heads.

"[The ballet dancer's] brain adapts over years of training to suppress that input [of dizziness]," says Dr. Barry Seemungal, who lead the research. The study also indicated the more experienced the dancer, the smaller that area of the brain. Seemungal says if science can target that same brain area or monitor it in patients with chronic dizziness, researchers can begin to understand how to treat those patients better.

"These are the first steps in which we can really try and understand how the brain can heal itself, in a way, in trying to suppress dizziness," says Dr. Seemungal.

At the Central School of Ballet, Stephen Williams teaches his first-year students "spotting" -- a technique focusing their eyes on one area in front of them as they spin around repetitively -- to stay steady. Researchers say their study indicates that spotting alone isn't responsible for a ballet dancer's ability to spin and excel on stage.