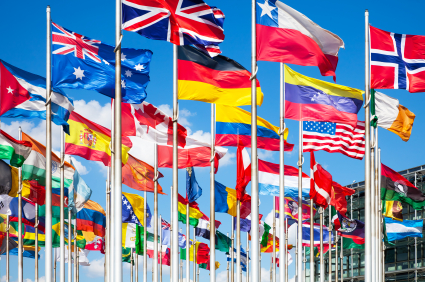 The results of a new survey suggest that the American dream just got a little dimmer. According to the 2011 Melbourne Mercer Global Pension Index, the U.S. retirement system ranks behind that of such nations as Poland, Brazil, and Chile. The index's top rankings went to Netherlands, Australia, and Switzerland, in that order.

The annual rankings are based on three factors: The adequacy of the retirement income system to replace pre-retirement income, the sustainability of that system, and the integrity of the system.

Compared with nations that rank higher in adequacy, the U.S. has relatively modest Social Security benefits, and its citizens have a higher reliance on defined contribution plans -- such as 401(k) plans -- instead of traditional pension plans that deliver lifetime retirement income.

When you translate these findings, you shouldn't be surprised to find that:

So how can we, as a nation, improve the sustainability of our retirement system? Through increased funding by both employers and employees, by requiring that some retirement savings be converted into a reliable income stream, by reducing leakage from the system with loans and withdrawals, and by reducing the federal debt. The integrity of the U.S. system could be improved by increased protection by regulators.

But what can you do about these results? My suggestions should sound familiar to readers: Save more, expect to work longer, only buy those things that truly meet your needs and make you happy, and take care of your health to reduce the amount you spend on medical bills.

With your investments, rely on competition and transparency, because we aren't getting a lot of protection from regulators. I prefer time-tested, transparent, competitive, simple investments, such as the low-cost index funds advocated by fellow CBS MoneyWatch bloggers Allan Roth and Larry Swedroe. To produce retirement income, consider competitively bid immediate annuities - these products have been around for decades and have proven their worth.

Most diversified stock portfolio on the planet

For lawmakers and policymakers who are considering significant reductions in Social Security and Medicare benefits, those changes would move us in the wrong direction. And given the popularity of these programs with the U.S. public, lawmakers might want to explore other ways to reduce the federal debt.