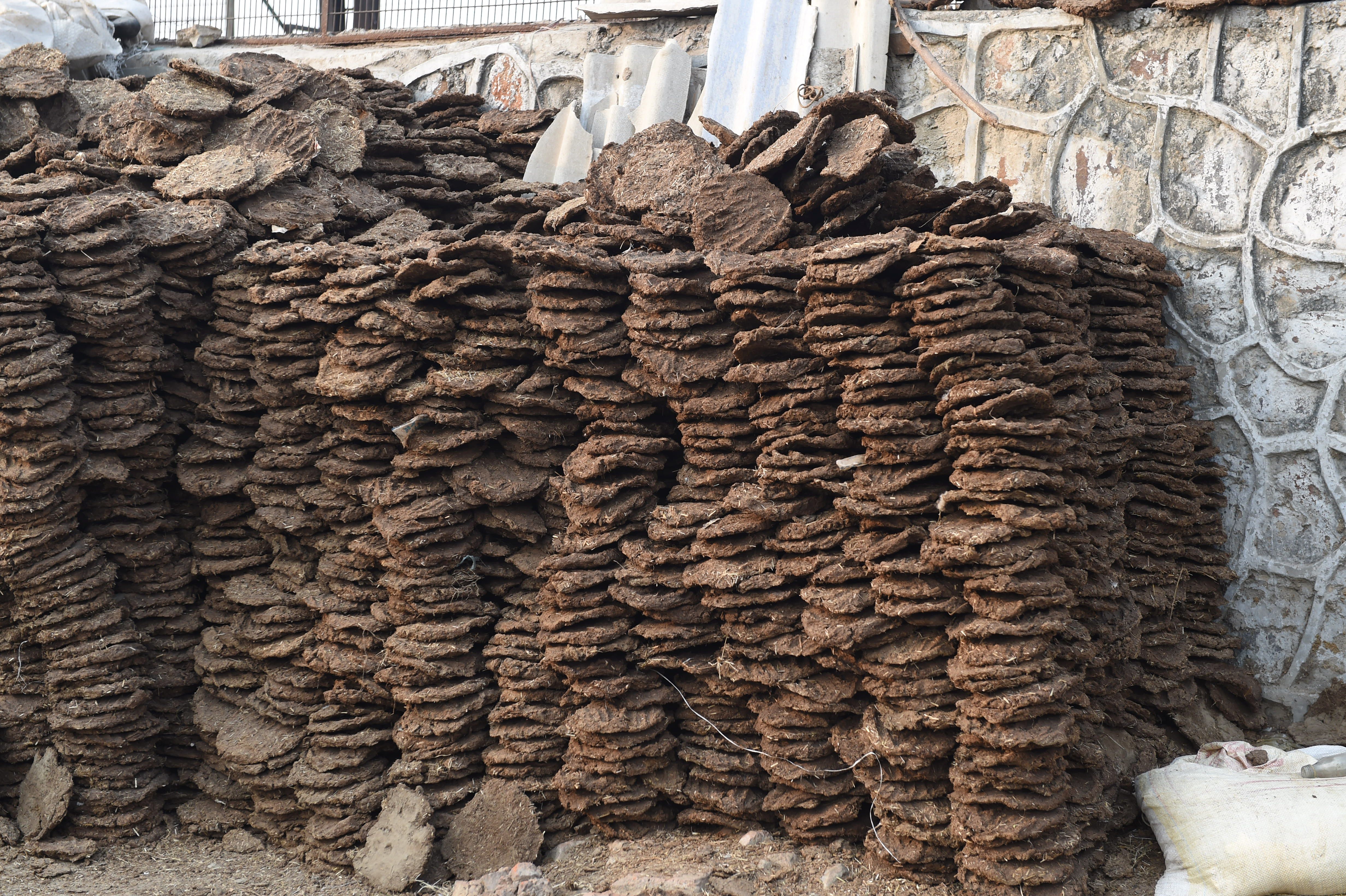 NEW DELHI - Like consumers around the globe, Indians are flocking to the online marketplace in droves these days. But there's one unusual item flying off the virtual shelves: Online retailers say cow dung patties are selling like hot cakes.

The patties -- cow poop mixed with hay and dried in the sun, made mainly by women in rural areas and used to fuel fires -- have long been available in India's villages. But online retailers including Amazon and eBay are now reaching out to the country's ever-increasing urban population, feeding into the desire of older city folks to harken back to their childhood in the village.

Some retailers say they're offering discounts for large orders. Some customers are asking for gift wrapping.

"Cow dung cakes have been listed by multiple sellers on our platform since October and we have received several customer orders" since then, said Madhavi Kochar, an Amazon India spokeswoman.

The orders come mostly from cities where it would be difficult to buy dung cakes, she said.

In India, where Hindus have long worshipped cows as sacred, cow dung cakes have been used for centuries for fires, whether for heating, cooking or Hindu rituals. Across rural India, piles of drying cow dung are ubiquitous.

Radhika Agarwal of ShopClues, a major online retailer in India, said demand for the cow dung cakes spiked during the recent Diwali festival season, a time when Hindus conduct prayer ceremonies at their homes, factories and offices. On a recent day, ShopClues' website showed that the patties had sold out.

"Around Diwali, when people do a lot of pujas in their homes and workplaces, there is a lot of demand for cow dung cakes," said Agarwal, referring to rituals performed during the popular festival.

"Increasingly, in the cold weather, people are keeping themselves warm by lighting fires" at outdoor events, she said, adding that people who grew up in rural areas find the peaty smell of dung fires pleasant.

"It reminds them of the old days," she said.

Online retailers said people were also buying the dung cakes to light fires for ritual ceremonies to mark the beginning of the new year and for the winter festival known as Lohri, celebrated in northern India.

Dung cakes are also used as organic manure, and some sellers are marketing them for use in kitchen gardens.