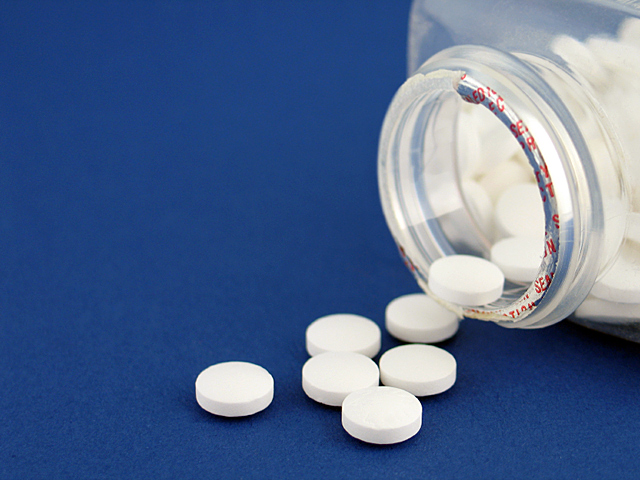 Taking aspirin immediately after a mini-stroke significantly reduces the risk of a major stroke, a new study suggests.

Right after a mini-stroke, people have a 1,000 times higher risk of major stroke than people in the general population, the researchers noted.

The new study included data from about 56,000 people. The researchers found that taking aspirin after a mini-stroke -- also called a transient ischemic attack, or TIA -- reduced the risk of a disabling or fatal stroke over the next few days and weeks by 70 percent to 80 percent.

The study was published May 18 in The Lancet.

"Our findings confirm the effectiveness of urgent treatment after TIA and minor stroke, and show that aspirin is the most important component. Immediate treatment with aspirin can substantially reduce the risk and severity of early recurrent stroke," said lead researcher Peter Rothwell. He is a professor and stroke expert at the University of Oxford in England.

"This finding has implications for doctors, who should give aspirin immediately if a TIA or minor stroke is suspected, rather than waiting for specialist assessment and investigations," he said in an Oxford news release.

Rothwell added that the study results have implications for public education. While public health education campaigns have helped to get people to seek help soon after a major stroke, they're less likely to see a doctor after a mini-stroke, he said.

And, many people don't seek medical attention at all, Rothwell noted. Others may delay getting help for a few days. Meanwhile, they're at risk of a recurrent stroke, he said.

"Encouraging people to take aspirin if they think they may have had a TIA or minor stroke -- experiencing sudden-onset unfamiliar neurological symptoms -- could help to address this situation, particularly if urgent medical help is unavailable," he concluded.

Dr. Dale Webb is director of research and information at England's the Stroke Association. He said, "The findings suggest that anyone who has stroke symptoms, which are improving while they are awaiting urgent medical attention can, if they are able, take one dose of 300 milligram aspirin."

Webb said in the news release that "the research findings are also timely, as the stroke community is currently working to develop a new set of national clinical guidelines on stroke."

The symptoms of a mini-stroke and a major stroke are similar and include:

Symptoms of a mini-stroke usually last only a few minutes but may persist for up to 24 hours.