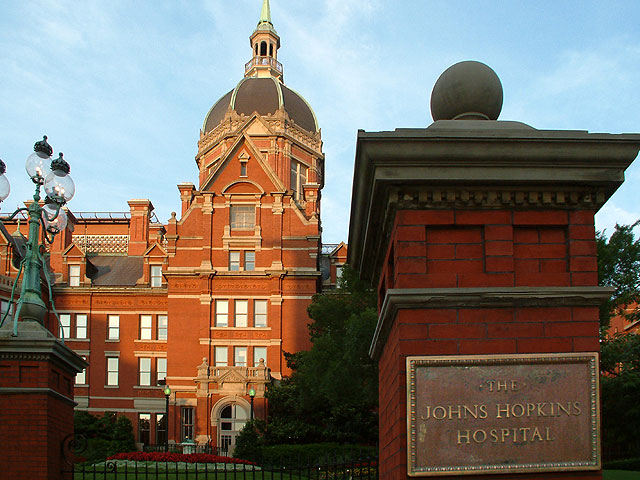 One of the country's premier medical schools will no longer use live animals to train its students.

Effective next month, Johns Hopkins School of Medicine in Baltimore will eliminate a popular but controversial course in which students operate on live, anesthetized pigs. After their surgeries, the pigs are euthanized.

Medical school spokeswoman Audrey Huang said the course was eliminated after a yearlong review board found it wasn't essential. Huang added that the course was popular among medical students and has received glowing reviews from alumni.

Johns Hopkins is one of two accredited medical schools in North America that use animals in medical education, according to animal rights group the Physicians Committee for Responsible Medicine. The group says the only other school to do so is the University of Tennessee College of Medicine campus in Chattanooga.

A bill was introduced in the Maryland legislature this year to ban the practice.

The portion of the course, a surgical clerkship, in which students operate on the pigs was optional, Huang said, but every student that enrolled opted to conduct the surgery.

"The students have historically always been huge fans of this course," Huang said.

The medical school's curriculum undergoes regular review, Huang said, to "make sure we're teaching at the cutting edge and that nothing gets stale." Despite the class's popularity, she said, it was time for a change.

"The dean's office and the task force that reviewed the course felt that the class isn't essential for turning out a great physician in training," she said. "And it was the essential aspect of it that led to the decision."

The Physicians Committee for Responsible Medicine, which advocated for the change, noted that future surgeons can practice using surgical simulations and virtual reality systems instead. "Simply put, pigs and humans do not possess the same anatomy. Students are best trained for their careers in medicine with advanced, human-relevant technology--not with live animals," John Pippin, M.D., the group's director of academic affairs, said in a statement.