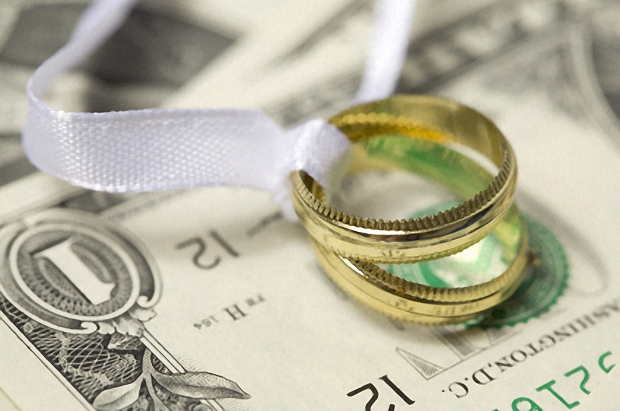 (MoneyWatch) People moan and groan about prenups, and at first blush, it's easy to see why: A marriage is supposed to last forever, so managing its potential dissolution is hardly romantic. But it's not your mother's prenup.

A marriage is a contract, and as CBS News contributor Mellody Hobson explains, a prenuptial agreement is putting finer points on that contract.

A prenup is a legal agreement that specifies how couples will divide assets in the event of divorce. They're not just for billionaires -- they're put in place to protect both parties. And with so much about same-sex marriage in the news, I also have to mention that they're not just for straight people.

Historically, prenuptial agreements were for wealthy people who needed to protect extensive assets, a business or investments. But more and more middle class people are drafting prenups. A 2011 survey by the American Academy of Matrimonial Lawyers found that prenups had increased 73 percent over a five-year period. One interesting factoid: More women are requesting them.

Why? For one thing, an ailing economy has people thinking about money more. We all know the statistic that about 50 percent of marriages end in divorce (a trend that's actually decreasing), so people are being a little more realistic about a possible split. And people are getting married later in life. The average age of first marriage in the United States is 27 for women and 29 for men, up from 23 for women and 26 for men in 1990 and 20 and 22 in 1960. Because they're getting married older, more people have actual assets they want to protect in the event the relationship goes south.

Here you might be tempted to say that you and your fiancé have no assets. You can't take half of nothing, right? Not so. In fact, you can end up taking half of less than nothing -- meaning your spouse's debts could haunt you. And again, I want to point to that rising age of newlyweds -- more and more people are taking liabilities to the altar -- like credit card debt and student loans. It makes perfect sense that spouses would want to protect each other from any liability one has going in. You're saying "I do," not "I owe."

Also, you probably have some assets you haven't thought about that you'd like to keep separate -- like a retirement plan or an expected inheritance. Or what about property your parents may pass down to you and your siblings?

Because prenups are such an emotionally charged issue, it's important to proceed with caution, but start talking sooner rather than later. That means as you get engaged. This shouldn't be a last-minute request for a signature outside the church.

If you're recently engaged, this is the perfect time to bring it up because you can use your taxes as an excuse. Next year, you'll file jointly, so even though it's uncomfortable, suggest you exchange returns as a way to start the conversation.

Many people shy away from the perceived cost. According to a new study by The Wedding Report, the average engagement ring costs over $3,300. By comparison, the attorney fees for a prenup will probably start at about $2,000. You'll need to contact a family attorney and both you and your betrothed will both need your own lawyer. Don't try the do-it-yourself route on this one. Your cousin the notary is not going to cut it. Anything you draft on your own will not stand up in court.

There are some online resources if you're very concerned about costs and just need a simple agreement. For example, Legalzoom.com has a "prenup package" that starts at $600.

Some general guidelines: When preparing a prenup, you'd of course address any property, retirement accounts, and any debt. But you should also consider sentimental belongings like furniture and other non-traditional things like pets. Sorting it out now could save you a major headache in the future.

Also, even if a couple doesn't draft a formal prenuptial agreement, it is critical that they have a completely honest discussion about finances prior to the "I Do's." That means coming clean about any outstanding debts and setting some parameters about how you will manage your finances as a couple.

Many studies cite financial issues as one of the top causes of divorce -- right alongside communication problems and infidelity. Why? Frequently, couples don't realize they have very different values around money until they've tied the knot and co-mingled their accounts. Don't make that mistake! If it's a June wedding, first go for the prenup.

View all articles by Mellody Hobson on CBS MoneyWatch»
Mellody Hobson is President of Ariel Investments, a Chicago-based money management firm that serves individual investors and retirement plans through its no-load mutual funds and separate accounts. Additionally, she is a regular financial contributor and analyst for CBS News and CBSNews.com.