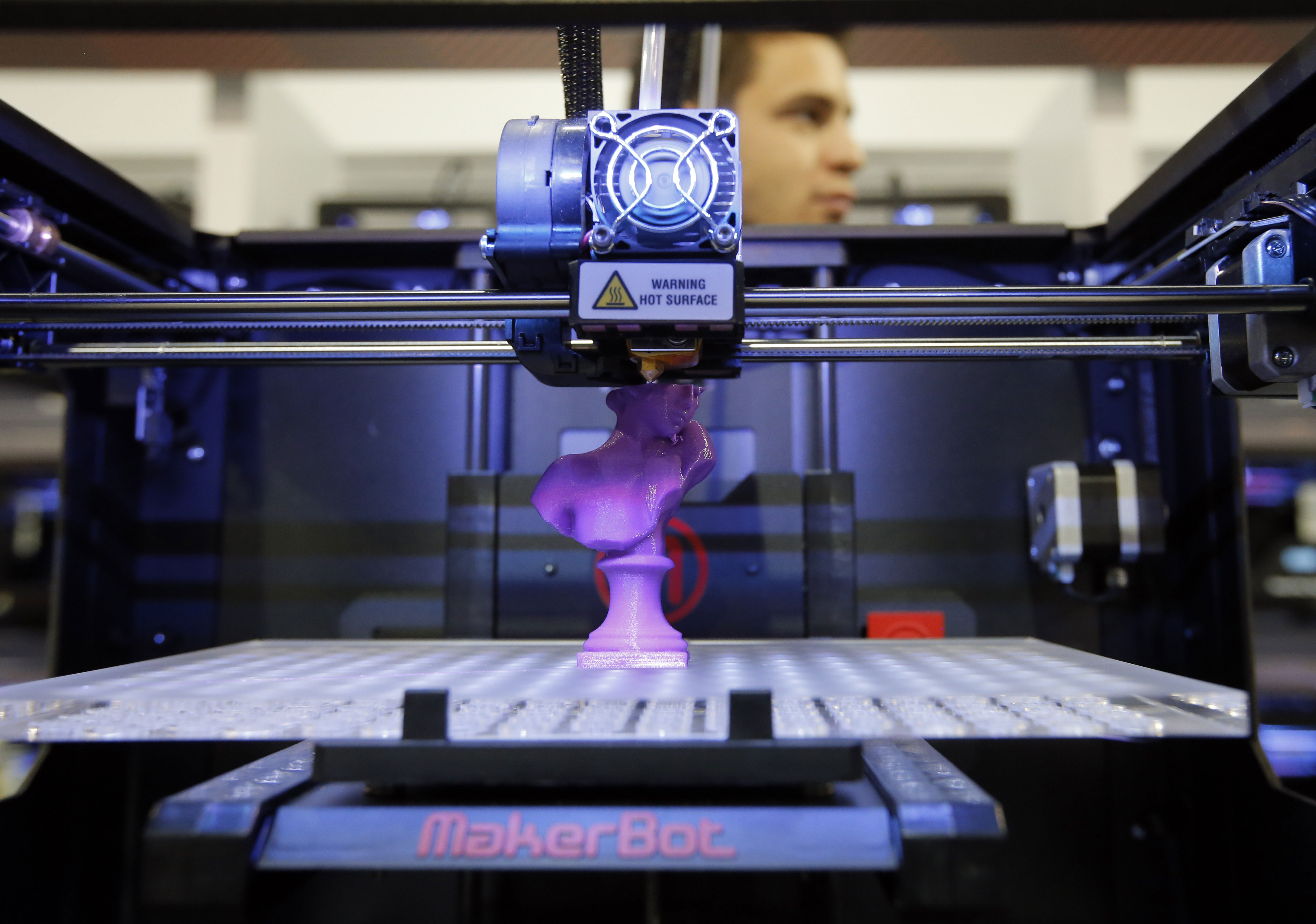 (MoneyWatch) As technology theorist Ray Kurzweil pointed out in "The Age of Spiritual Machines," the pace of innovation has been accelerating for centuries. A graph of such technological change looks a lot like the curve for Moore's Law, the tech industry dictum that processor speeds double every 18 months.

Innovation is accelerating, and when the next great transformative change comes odds are that it will involve 3D printing.

3D printers aren't exactly new;  indeed, they've been around for decades. But over the last few years, these printers have started to drop precipitously in price and have become generally more accessible and easy to use. Right now, you can buy any number of 3D printers for as little as $1,000, or what a typical laser printer cost 15 years ago. The difference, of course, is that while laser printer print ink on paper, 3D printer create real 3D objects on your desktop while you wait.

The 2013 Consumer Electronics Show was something of a coming out party for 3D printing. There were many 3D printers on display, many challenging established limitations. Various vendors showed off models that purported to be the cheapest or to print the largest objects within a consumer-friendly price range.

And the industry is evolving quickly. A simple printer like the MakerBot Replicator, which  retails for $1,700, churns out simple objects in a single color, while the Replicator 2X can print objects in two colors for $2,800.

Creating replacement household items like replacement doorknobs and shower curtain rings is an obvious application for 3D printers, but there's at least one clear limitation: Most people can't design things like that themselves.

The online community has already started to solve that problem. The Thingverse, for example, is an online library of objects you can freely download and print on any 3D printer. Thingverse already contains thousands of items ranging from cookie cutters and beverage holders to phone cases, car mounts and lens caps. In some ways, it is the mundane mature of the print designs that speaks to 3D printers' potential: Rather than hyping magical applications, 3D printers are already poised to be an essential tool for cranking out replacement parts to fix stuff around the house.

Of course, it's just a matter of time before 3D printers -- and the free designs at Thingverse -- run into legal challenges. Can you print your own replacement Lego pieces? What about a new switch to control the light in your refrigerator? Will consumers be allowed to print their own versions of patented products, circumventing the costly replacement part circuit offered by manufacturers? Right now, there aren't enough 3D printers and 3D printer hobbyists for these questions to matter. But in five or 10 years, a legal showdown seems inevitable.