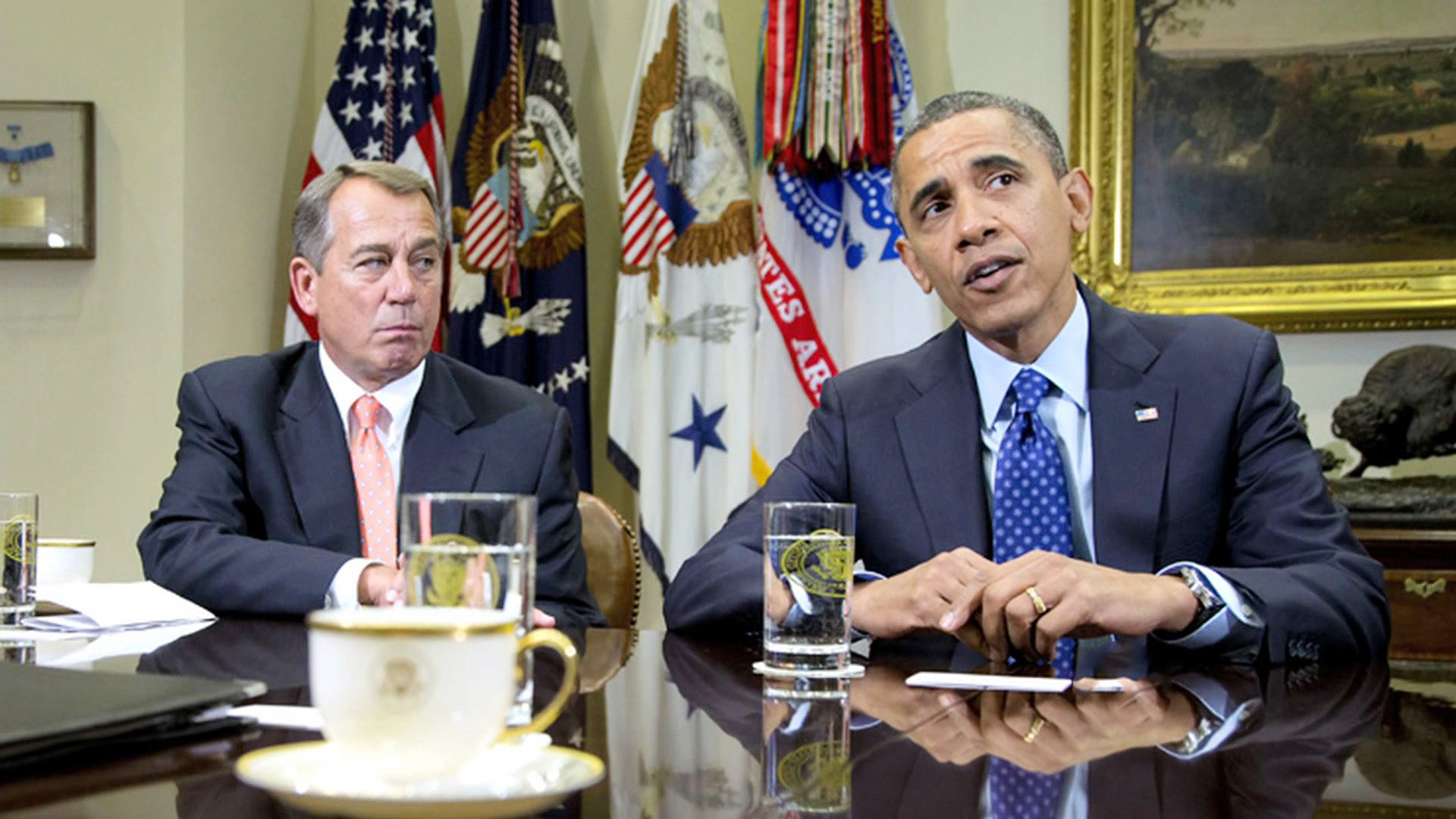 Everybody bought in, but nobody wants to claim ownership.

That's the short story on who's to blame for the so-called "sequester," which will cut $120 billion dollars from the federal budget on March 1 unless Congress passes a replacement that the president is willing to sign.

The White House has blamed Congress for the whole gambit, calling the sequester "bad policy" - a trigger designed to force a dysfunctional legislature to act on a more reasonable replacement. They also point out that a majority of members of both parties voted for the spending cuts.

Congressional Republicans, for their part, have said that the White House originally proposed the sequester - House Speaker John Boehner has dubbed it the "Obamaquester." They point to reporting from the Washington Post's Bob Woodward, who has described how then-White House budget director Jack Lew and legislative liaison Rob Nabors hatched the idea of a trigger - a delayed-onset package that would ostensibly force Congress to reach an agreement on the budget - during the height of dramatic negotiations on raising the federal debt ceiling during the summer of 2011.

President Obama, Woodward reported, signed off on the proposal, and the result of the debt ceiling negotiations - the 2011 Budget Control Act - created a congressional "Super Committee" to reach an agreement on deficit reduction and included the spending cuts in the sequester as a fallback if the committee failed.

The committee failed; the sequester looms.

Woodward also accused the president of "moving the goal posts" by demanding that a replacement for the sequester include a balance of spending cuts and new revenue. "His call for a balanced approach is reasonable," Woodward wrote in an op-ed for the Washington Post, "and he makes a strong case that those in the top income brackets could and should pay more. But that was not the deal he made."

Woodward explained that the final deal reached on the debt ceiling "included an agreement that there would be no tax increases in the sequester."

Congressional Republicans have brandished Woodward's reporting as evidence that the administration is solely responsible for the budgetary chaos, but the White House isn't having it.

And today, the White House released a fact sheet arguing that the president's call for a balanced package "cannot in even the slightest way be considered a change of policy, a change of expectations, or moving the goalposts."

"Republicans and Democrats on the Supercommittee had a clear understanding that revenues and entitlement savings were supposed to replace the sequester," the sheet read, citing numerous instances in which Republican negotiators put revenue on the table. Even Woodward's own book, the White House pointed out, included a passage documenting as much.

And despite the crowing from Republicans about the White House's culpability in the mess that sequester has become, Woodward himself does not absolve the GOP of blame.

"A majority of Republicans did vote for the Budget Control Act that summer, which included the sequester," Woodward wrote in his op-ed, saying Republicans "have had their own episodes of denial and bald-faced message management."

The takeaway: Everybody's hands are dirty. But just days before a manufactured crisis sets fire to America's economic recovery, policymakers have fled the burning building, seemingly more inclined to point fingers than put out the blaze.