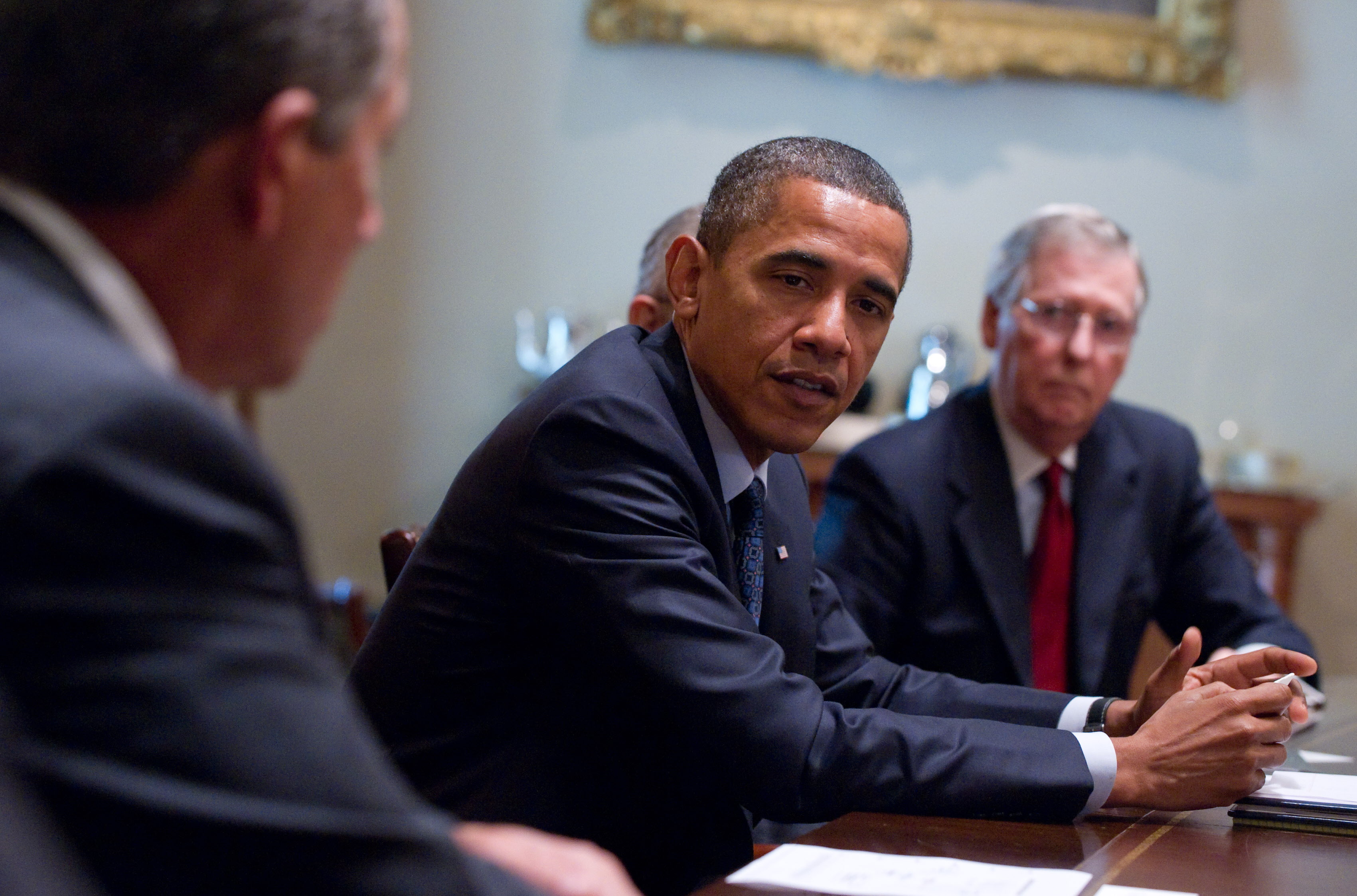 For the first time since the waning days of the "fiscal cliff" battle in late December, President Obama reached out to congressional Republican leaders to talk about next week's impending budget cuts known as the sequester.

"He placed calls earlier today to [Senate Minority Leader Mitch] McConnell and [House] Speaker [John] Boehner," White House spokesman Jay Carney announced today. "Had good conversations, but I have no further readout of those calls for you."

Both Boehner's and McConnell's offices confirmed the calls took place but neither would give details about what was discussed. An aide to Boehner said "the last substantive conversation" he had with the president was on Dec. 28; McConnell's office told CBS News it was Mr. Obama's first outreach to McConnell since New Year's Eve.

Administration and GOP congressional sources told CBS News political director John Dickerson that no progress was made in today's conversations. The sources say Republicans, resisting the president's idea to replace the sequester cuts with savings founds through the tax code, believe Mr. Obama's call was a public relations stunt and not a new basis for negotiation.

"Whether or not we can move Republicans at this point to do the right thing is what we're still trying to gauge," Mr. Obama said.

The calls come a day after Boehner wrote an op-ed criticizing the president charging that the public "might not realize from Mr. Obama's statements is that [the sequester] is a product of the president's own failed leadership."

The $1.2 trillion sequester cuts, which were initially set to kick in on Jan. 1, emerged out of Congress' 2011 budget negotiations. Congress agreed that if a congressional "supercommittee" couldn't come up with an acceptable deficit reduction plan, Congress would just slash $1.2 trillion from the budget over 10 years -- half coming from defense spending and half from non-defense. Nearly everyone in Washington agrees that indiscriminately slashing $1.2 trillion would damage the economy, but lawmakers can't agree on a deficit reduction package with which to replace the cuts.

Given the economic damage the sequester would inflict, Congress this year stalled the cuts for two months -- which is why they're set to go into effect on March 1. Unless Congress acts before then, $85 billion in across-the-board cuts will kick in this year.