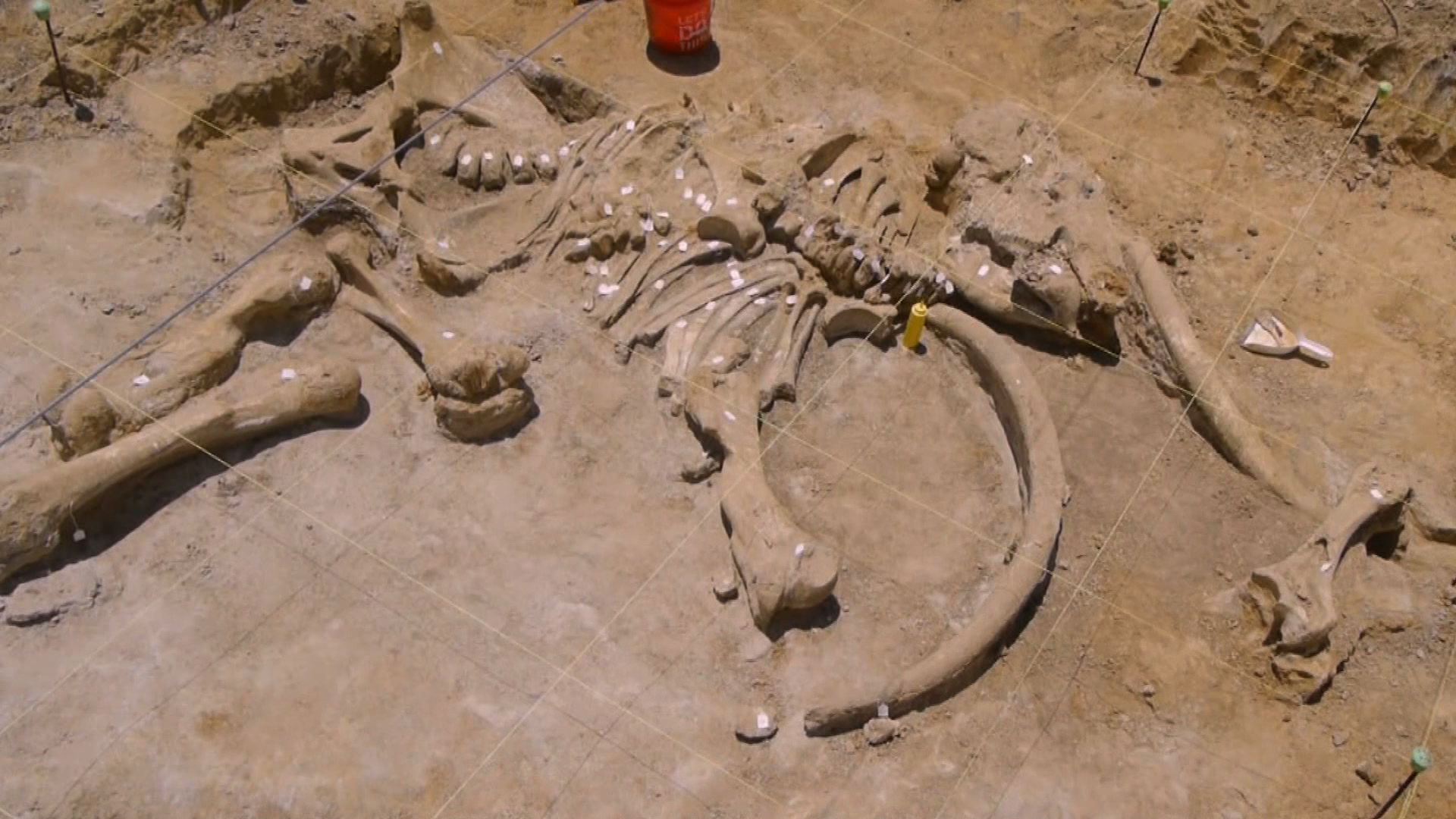 Though McEwen often finds small bone fragments and old animal teeth on the property, he knew right away he had hit upon something much bigger than usual. McEwen told CBS Dallas that with "just the first bucket swipe we hit the tusk of the mammoth."

After consulting with a paleontologist, it became clear they had an eight or nine foot tall mammoth on their hands that had roamed the region 20,000 to 60,000 years ago.

Perot Museum paleontologist Ron Tykoski was delighted by the discovery. "This is awesome... Usually you just get a few scraps, a tooth here, a tusk there, a little bone fragment that turns up in a creek. But son of a gun, we've got the whole thing here." Tykoski's crew is digging up and removing the mammoth remains, piece by piece.

Wayne McEwen, the landowner, donated the mammoth to the Perot Museum.

"Every time we find one of these it allows us to paint a little more accurate picture about a species of elephant that lived right here in North America up until 10,000 years ago," says Tykoski.

The mammoth skeleton is known as "Ellie Mae" in honor of Ellis County, where it was found. It will take a few years for Perot Museum researchers to catalog all the bones.