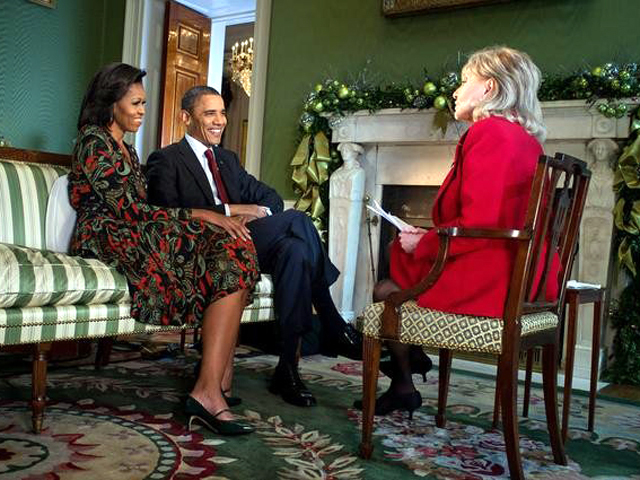 (CBS/AP) WASHINGTON - Michelle Obama wants to go to the dogs in her next life - specifically, she wants the life of her family's Portuguese water dog, Bo.

In a television interview with ABC News' Barbara Walters, the first lady was asked what person or thing she would want to come back as when she dies. She named Bo.

"He's got a great life," she told Walters.

President Barack Obama took a pass on the question, one in a series the first couple faced for an upcoming holiday TV special.

Asked when he tells lies, the president said only in personal interactions with family members, such as when commenting on how someone looks in a particular dress.

As for his biggest pet peeve about his wife, the president said he had none. She said of him: "My list is too long."