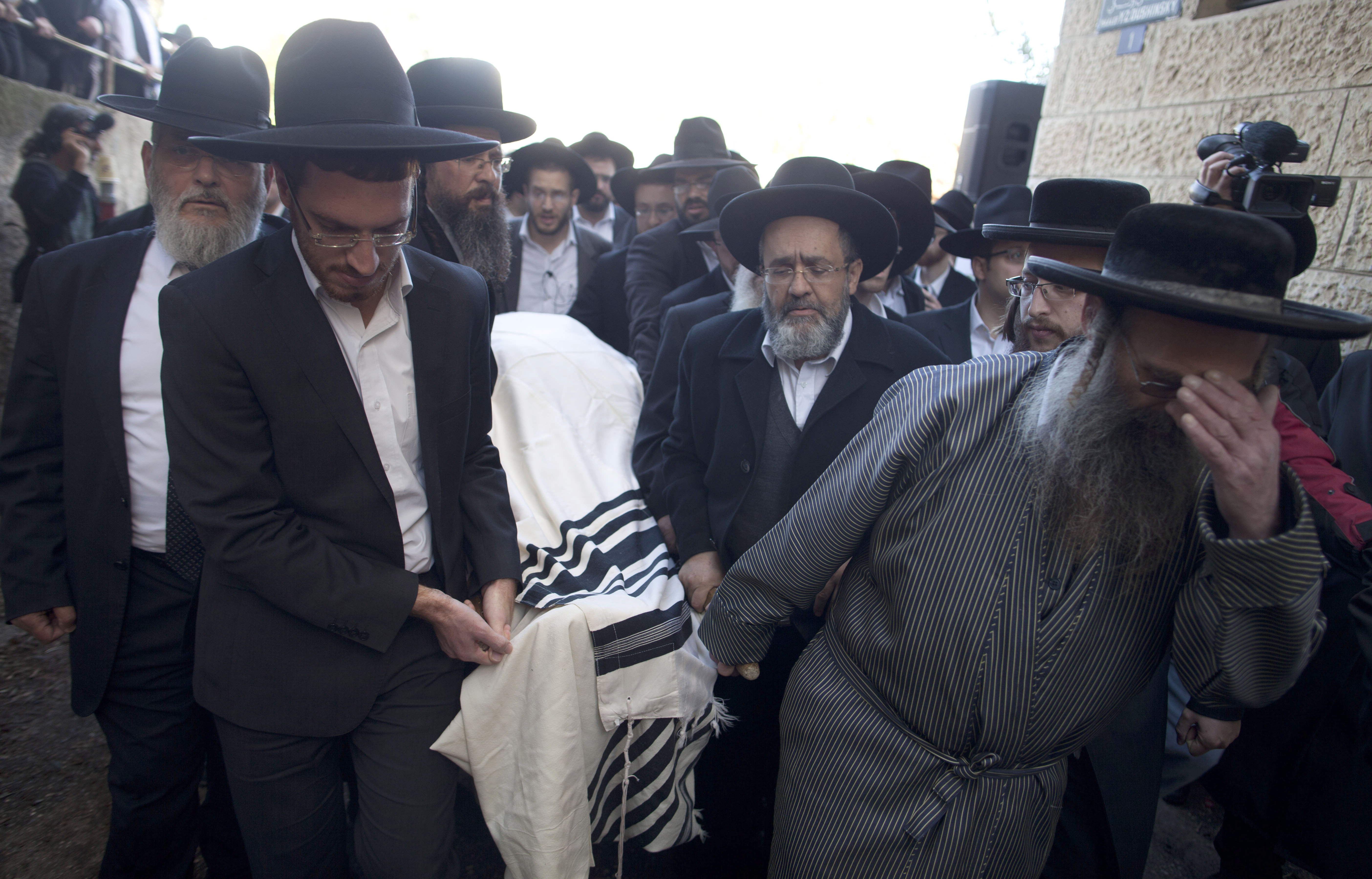 JERUSALEM -- Four of the five men killed Tuesday as they worshiped in a Jerusalem synagogue were rabbis, all immigrants to Israel with dual citizenship -- three born in the United States and one in England. The fifth victim was a police officer.

Here is a look at the victims and their Palestinian assailants.

A Boston native who came from a line of influential rabbis, the 59-year-old Twersky was a "gentle, saintly scholar," said his brother-in-law in New York City, Rabbi Jonathan Rosenblatt.

"He lived his life with a kind of perfected modesty and precision," said Roseblatt, who is married to Twersky's sister, the former Tzipporah Twersky. "He lived in the image of a gentle God."

Called an "eminent educator" by New York's Yeshiva University, Twersky was the son of Rabbi Isadore Twersky, who founded Harvard University's Center for Jewish Studies, and the grandson of Joseph B. Soloveitchik, one of the most influential Jewish theologians of his generation.

After immigrating to Israel in 1990, Twersky became the head of the Torat Moshe Yeshiva, one of the first in the country established to cater to post-high school students from English-speaking countries. He is survived by his wife Miriam, five children and 10 grandchildren.

Born Cary William Levine, the 55-year-old had dedicated his life to the land and people of Israel, said his brother-in-law, Jonathan Bein.

"There are people who, once they get there, their ethic is to never leave the land of Israel. He was one of those people," said Bein, who is married to Levine's sister, Shelly Levine, of Boulder, Colorado.

"He was a very peaceful, sweet guy -- guileless, learned," Bein said. "Israel was his calling."

A native of Kansas City, Mo., Levine attended the University of Southern California, where he studied the Torah and Talmud. He left in his 20s for Israel, where most recently he was teaching at a Jerusalem seminary, Bein said.

Levine's son, Yerachmiel Levine, recalled his father's dedication to his religious studies. "He would study all day long and would return home at night only to learn more until he would fall asleep in his chair," the son said.

Levine is survived by his wife, nine children and five grandchildren.

The Detroit area native moved to Israel with his family when he was 10 and worshipped frequently at the Jerusalem synagogue where he died.

The third of five siblings, the 43-year-old Kupinsky was a "very religious man," said Esther Schwartz, a former neighbor in Oak Park, a Detroit suburb.

Schwartz said her son, who lives in Israel, emailed her about his slaying.

"All morning I couldn't stop crying," the 64-year-old said. "It shook us all up. This was a child we knew. He got married and had his own family. It's shocking, senseless and useless."

Kupinsky is survived by his wife and five children.

The 68-year-old native of Liverpool, England, immigrated to Israel in 1993, and was a near daily participant in morning prayers at the synagogue where he died.

David Osborne, a friend who was near the synagogue when it was attacked, said Goldberg was "the most wonderful person you could meet."

He is survived by his wife, six children and grandchildren.

The fifth victim of the synagogue attack was identified by the Jerusalem Post as police officer Zidan Saif, 30.

The newspaper says the officer, who was from the village of Kfar Yanouch in the Galilee, died at a local hospital. He leaves behind a four-month-old child.

Saif was expected to be buried Wednesday.

The 27-year-old Palestinian was a resident of the Jabal Mukaber neighborhood of east Jerusalem, and worked at a clothing shop in a Jewish area of the city. Married and the father of two, he is not known to have been affiliated with any Palestinian militant group and had never been arrested.

Ghassan's 21-year-old cousin, also a resident of Jabal Mukaber, worked as an interior decorator. He was not married, and like his cousin, had no known affiliations with Palestinian militant groups, nor had he been arrested.

Israeli Prime Minister Benjamin Netanyahu ordered the attackers' homes to be destroyed, along with the homes of Palestinians involved in other recent deadly attacks.